Connecticut's new governor, Ned Lamont, has a familiar name: His history runs deeper than you think

Political junkies may recall Lamont for his run against Joe Lieberman in 2006. But there's much more than that 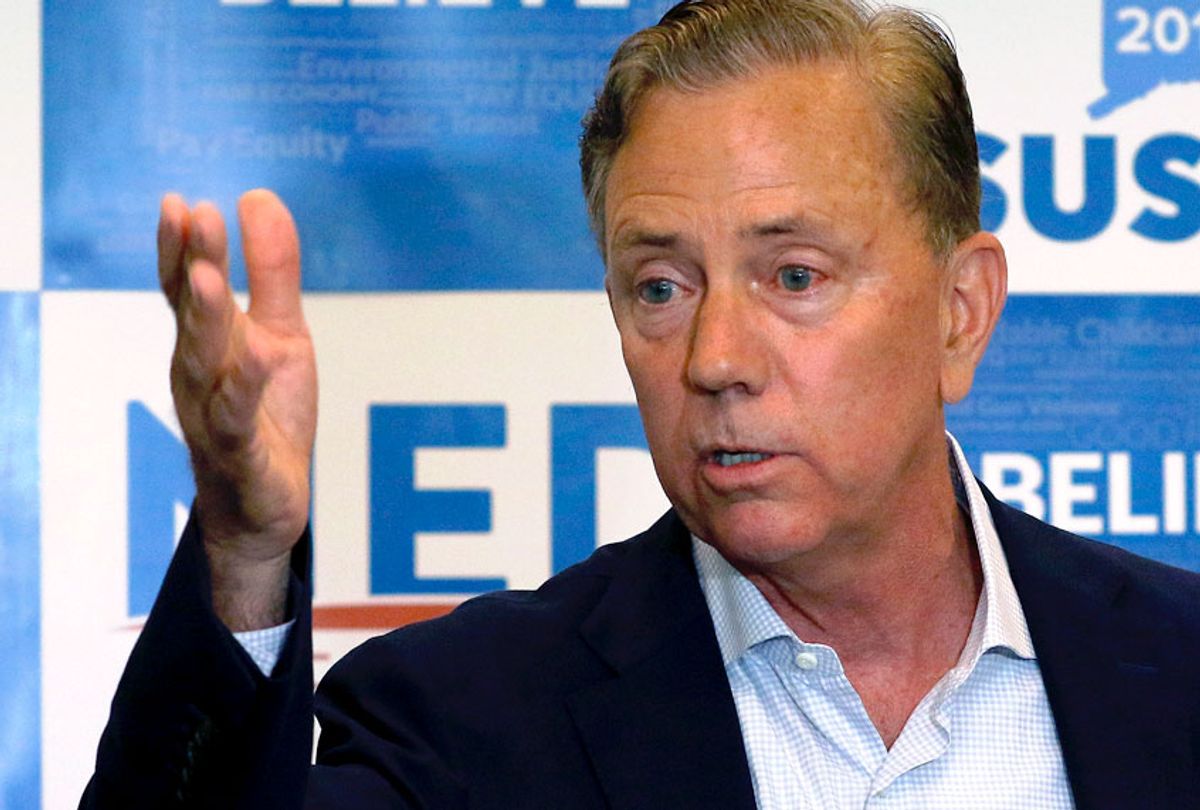 This column is adapted from one published by the New York Times in 2006 when Lamont ran for the U.S. Senate against Joe Lieberman. It was originally published by History News Network. Used by permission.

Probably the only truly remarkable thing about Connecticut's  "blue wave" this year is the family history of its governor-elect, Democrat Ned Lamont. Running on a labor-friendly platform but also as a successful, wealthy satellite and telecommunications entrepreneur, Lamont bested a loud Trump loyalist, Bob Stefanowski, the former CEO of both UBS and General Electric, by about three percentage points, to succeed outgoing (and unpopular) Democratic Gov. Dannel Malloy .

Democrats also wrested the state senate from Republicans, winning commanding majorities in both legislative houses; the state's popular U.S. senator, Chris Murphy easily defeated his Republican opponent, and Democrats easily kept all five of Connecticut's seats in the House. (In fact, there are now no House Republicans representing any New England state.)

In these races, only Lamont's was a close call, but for the historically minded it holds additional interest. In “The Thomas Lamonts in America,” a 1971 book published by the Lamont family, only a footnote describes Edward Miner Lamont Jr., then 17, carrying on the family tradition.

But which tradition? Some opponents of Ned Lamont's 2006 Senate campaign, in which he wrested the Democratic nomination from incumbent Joe Lieberman in opposition to the Iraq war, only to lose to Lieberman, who ran as an independent in the general election, seemed to think there was only one family tradition: “Red Ned,” one editorialist called Lamont, citing his “wealthy progressive pacifist” great-grandfather along with the candidate’s famous great-uncle, Corliss Lamont, a philosophy professor, secular humanist and apologist for the Soviet Union. And let’s not forget his cousin, Robert Rives La Monte of New Canaan, a Socialist Party member who debated H. L. Mencken before World War I.

But the Lamonts, who came to America around 1750, married into Puritan families whose Calvinist currents of public obligation and individual conscience inform not only the history of a clan, but of a nation.

Ned Lamont’s middle name, Miner, comes from Thomas Miner, a grandfather (prefixed by nine “greats”) who came with John Winthrop to the New England “city on a hill” in 1630 and later helped found Stonington, Connecticut.

Other Lamonts married descendants of the Plymouth Puritan William Bradford, Ned’s grandfather prefixed by nine “greats.” Their biblical worldview and expansionist urges gave birth to the Connecticut towns of Canaan, Bethlehem, Sharon, Lebanon and more. Bradford read Hebrew, which the Puritans put on the seal of Yale, and he invoked that ancient tongue in condemning the local Pequot Native Americans as “Amalekites,” after the Israelites’ biblical foes. (There was a faint irony in Lamont challenging Joe Lieberman, a Yale graduate, probably the only senator in American history who knew biblical Hebrew better than Ned's famous ancestor.)

The Lamonts carried yet another Calvinist strand, Scotch-Irish, which was more defiant of established power. Big Lamont farm families sowed civic republicanism in Columbia County, New York, near the Connecticut Berkshires, and three Lamonts fought with the rebels in the Revolutionary War.

Some prospered. The “wealthy progressive pacifist” Thomas W. Lamont, chairman of J.P. Morgan, represented finance capital at the Versailles conference in 1919 and later helped arrange a $100 million loan to Mussolini.

His son (and Ned’s grandfather), Thomas Stilwell Lamont, a partner at Morgan Guaranty Trust, wrote in 1962 that since thousands of Americans had, like him, descended from William Bradford, any Lamont family resemblance to the hardy Pilgrim was “coincidental rather than hereditary.” He thought new American immigrants, including Mexicans and Jews, who had by then become Lamonts by marriage, were no less virtuous than earlier waves.

Fearing consumerism and technological upheavals, Thomas Stilwell urged “cultivation of the inner spirit,” a path inspired not only by his Puritan forebears but by his own son, Thomas W. Lamont II. Writing to his father in 1937, young Tommy said he loathed fascism, partly because “Hitler has cruelly treated the Jews.” Similarly, he wrote his Uncle Corliss of his “disappointment” with communism and the Soviets.

At Exeter, Tommy wrote a sonnet asserting that brave hearts not “constrained by walls, by rules, by easy creed / Rebel against dishonored peace / and flee the dull hypocrisy of word and deed. / Thus eager youth forever quits debate / and fighting with brave certainty meets fate.”

Speaking at his Exeter graduation in 1942, Tommy Lamont defended American government as “the fairest ... yet devised” and pledged, “For this we will fight.” But he also condemned the failed World War I statesmanship of his parents’ generation and promised a new beginning. “We will not leave the peace conference to the babblings of old men,” he said.

Tommy never got a chance to shape the peace: In May 1945, his submarine was lost off Japan. But he was not forgotten. A year before Ned’s birth in 1954, the distinguished lawyer Francis Plimpton wrote a sonnet answering the one Tommy had written in 1941. In it, he braided the Lamont family strands of public obligation and private independence.

“Most boys who start with someone else’s fame / Are quite content to let their lives just slip / Along prepared and easy grooves; not he — / ... He bore an honored name, but what is more / He added honor to the name he bore.”

Had Tommy lived, he’d have been Ned Lamont’s uncle, 82 years old during the 2006 Senate race. But just as Tommy’s youthful valor isn’t the whole of the Lamont family legacy, neither is any other single strand. Should labor-union friendly Ned Lamont be judged by his great-uncle’s socialism? By his father’s tenure as an economist in the Nixon administration? Is he riding the same deep and sometimes angry current of decency that drove Tommy, the uncle he never knew?

Calvinism, capitalism, communism and more all contribute to the story. Lamont is pulling on an old civic republican cord into which countless others before him have braided faith and promise, and whatever civic strength and grace we still possess.