Nancy Pelosi's race had little drama, but a tight contest between Lee and Jeffries speaks to Democratic divisions 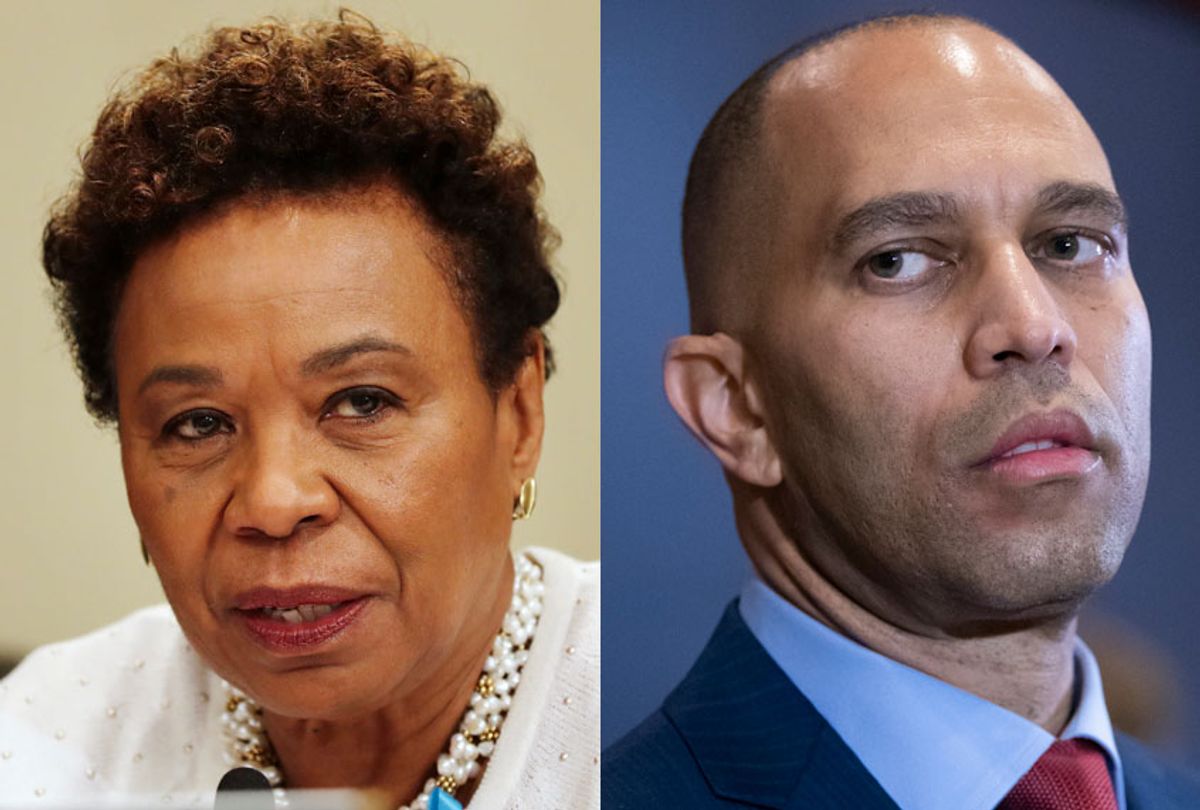 Democrats overwhelmingly nominated Nancy Pelosi to be the next House speaker on Wednesday -- but split almost evenly on the race for the party’s new caucus chair.

Pelosi was nominated to be the next speaker by a 203-32 vote, meaning she will presumably need to win over 15 more members to reach a majority in the floor vote on the speakership in January. Three ballots were left blank and one member was absent.

Pelosi’s vote total increased from 2016 despite a vocal but small group of Democrats who have vowed to oppose her. In 2016, she lost 63 votes in the caucus race for Democratic leader against Rep. Tim Ryan of Ohio. Just four of those members opposed her on the floor.

After the vote, Lee said she believed there were “institutional barriers” that kept her from winning.

"You feel some disappointment only with the institutional barriers that I recognized that were out there during this campaign. I'm really disappointed in that, knowing this was an uphill battle," she said.

Asked if ageism and sexism played a role, the 72-year-old congresswoman said, "You heard and saw what took place, so absolutely, I think that is the case.”

"We still have many glass ceilings to break," she added.

Rep. Katherine Clark of Massachusetts, who serves as a senior whip and member of the steering committee, defeated California Rep. Pete Aguilar by a 144-90 vote to become vice chair of the House Democratic Caucus.

On Thursday, Democrats elected Rep. Cheri Bustos of Illinois in a crowded race for chairmanship of the Democratic Congressional Campaign Committee.

The vote came after Rep. Sean Patrick Maloney of New York was forced to drop out when the party declined his request to delay the vote while he dealt with a health problem.

On the Republican side, California Rep. Kevin McCarthy defeated Ohio Rep. Jim Jordan, a member of the right-wing Freedom Caucus, earlier this month to become the new House minority leader. Current House Speaker Paul Ryan is retiring from Congress in January. Jordan had hoped to capitalize on the defeat of many moderate Republicans to push the congressional caucus further right, but lost by a 159-43 vote.

In the Senate, both Mitch McConnell and Chuck Schumer were re-elected as majority and minority leaders, respectively.