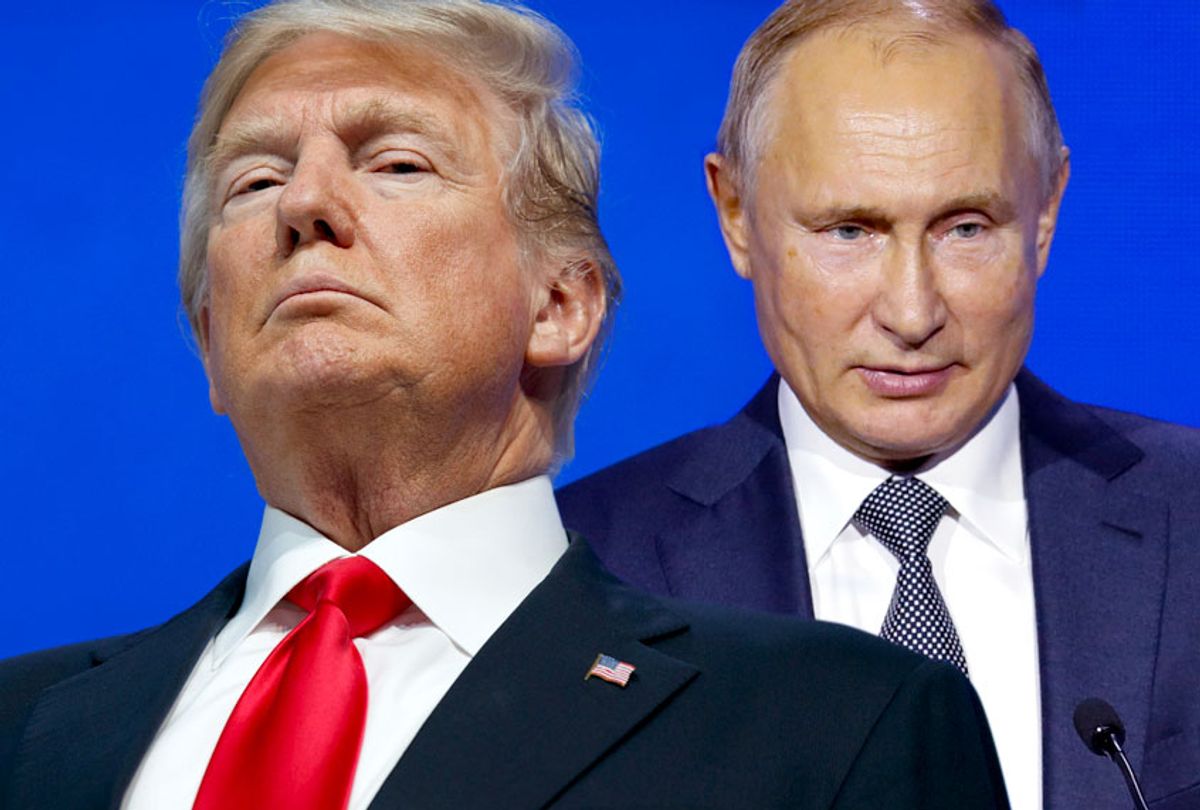 President Donald Trump on Thursday abruptly canceled his planned Saturday meeting with Russian President Vladimir Putin at the G-20 summit in Argentina — barely an hour after he told reporters that he believed it was "a good time to have the meeting."

Announced on Twitter, the cancelation was made in the wake of the decision of Michael Cohen, the attorney who spent many years working as his personal "fixer," to plead guilty in federal court to lying to Congress about his contacts with Russia during the 2016 presidential campaign — specifically his efforts to build a Trump Tower in Moscow.

The president has vehemently denied any collusion with Russia during the presidential campaign and has repeatedly railed against special counsel Robert Mueller's investigation into the matter. He has also said, when he was campaigning for president, that he had no business interests in Russia. But, Cohen admitted in court on Thursday that he engaged in negotiations to build a Trump Tower in Moscow well into the campaign and revealed that Trump and members of his family were personally briefed on the deal.

White House Press Secretary Sarah Sanders told reporters traveling with the president on Air Force One that Trump decided to cancel the meeting after reviewing a report on Russia's actions against Ukraine. She said Trump consulted with Secretary of State Mike Pompeo and with John Kelly, his chief of staff, who were on the plane, and John Bolton, his national security adviser, by phone from Brazil.

"Based on the fact that the ships and sailors have not been returned to Ukraine from Russia, I have decided it would be best for all parties concerned to cancel my previously scheduled meeting in Argentina with President Vladimir Putin," Trump tweeted from Air Force One as he departed Washington to the two-day economic summit meeting in Argentina. "I look forward to a meaningful Summit again as soon as this situation is resolved."

Russia captured three Ukrainian vessels and detained two dozen sailors off the coast of Russia-annexed Crimea over the weekend. Russia annexed Crimea in 2014. Officially, the U.S. does not recognize Russia's annexation of Crimea, but Trump has "questioned the logic behind the West's opposition to the annexation," according to NBC News.

“I would have liked him to meet Putin and challenge Putin, to find his spine as it relates to Putin’s violation of the international order,” Sen. Bob Menendez (D-N.J.) told CNN. “This was [Trump’s] opportunity to redeem himself . . . and instead he's abdicating it."