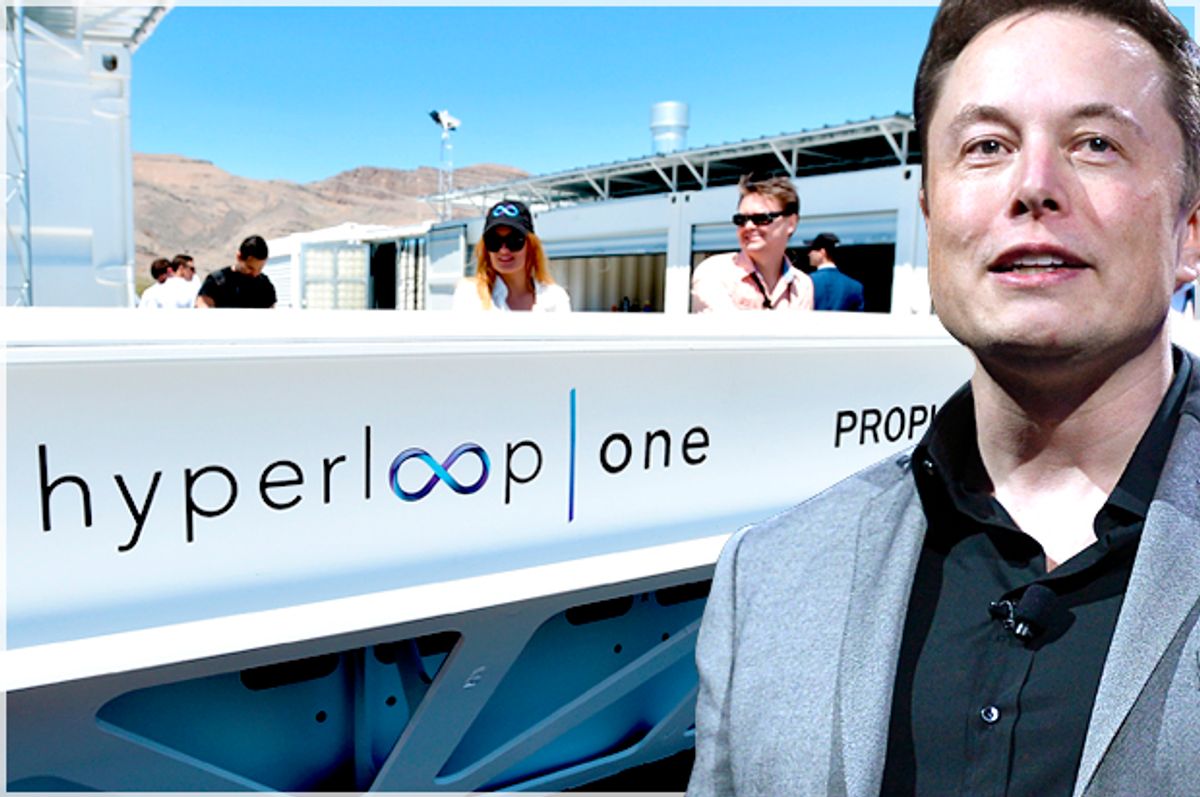 Elon Musk says media coverage over the cancelling of his second Los Angeles tunnel project is "completely backwards," and that he's moving forward with plans for a much larger subterranean network.

Musk tweeted early on Thursday (November 29) to say that, based on what The Boring Company has learned from digging a two-mile test tunnel in Hawthorne, a second test tunnel has been cancelled.

However, the scrapping of the second tunnel, which was to be dug under Sepulveda Boulevard, came after Musk's The Boring Company settled "amicably" with local neighborhood advocates including the Sunset Coalition and the Brentwood Residents Coalition. They had filed a lawsuit against The Boring Company arguing that the tunnel project required an environmental review.

The Boring Company said in a statement that it "is no longer seeking the development of the Sepulveda test tunnel and instead seeks to construct an operational tunnel at Dodger Stadium."

That operational tunnel was proposed by The Boring Company earlier this year to transport fans to and from the LA Dodgers' baseball stadium in under four minutes from one of three Los Angeles neighborhoods. It is yet to be decided if the chosen neighborhood will be Los Feliz, East Hollywood, or Rampart Village.

In response to media reports that Musk's LA tunnel "won't see the light of day", Musk tweeted: "This is completely backwards. Based on what we've learned from the Hawthorne test tunnel, we're moving forward with a much larger tunnel network under LA. We won't need a second test tunnel under Sepulveda."

Musk, who also runs the Tesla electric car company and SpaceX rocket manufacturer, did not elaborate on this message.

Regarding the Dodgers project, nicknamed Dugout Loop, The Boring Company said in August how it would use around 100 pods to transport 1,400 people to the stadium, and that it would only operate during games and special events taking place at the stadium. The project is intended to be entirely privately funded.

On the topic of earthquakes posing a threat to the tunnel, The Boring Company said: "From a structural safety standpoint, the tunnel moves uniformly with the ground, on contrast to surface structures." The tunnel will sit approximately 30 to 40 feet below the surface, the company says.

Musk plans to open a two-mile test tunnel, that was dug in Hawthorne, on December 10. There will be free passenger rides available to the general public the following day. The tunnel runs from property owned by SpaceX to beneath a residential property owned by The Boring Company.

The Boring Company was recently granted permission from the Hawthorne City Council to build a garage-sized elevator at a property at the end of the test tunnel, so vehicles could be lowered into the tunnel. Musk said in a tweet in September: "The Boring Company will transport your car all the way into your garage."

A diagram produced by The Boring Company shows how a car could be lowered from inside the street-level garage, to a tributary which would lead to the main tunnel, which in turn heads to the SpaceX parking lot.