John Kerry weighing a possible challenge to Donald Trump in 2020: "I’m going to think about it"

During a speech at Harvard University, the former senator said that a 2020 presidential run was not "off the table" 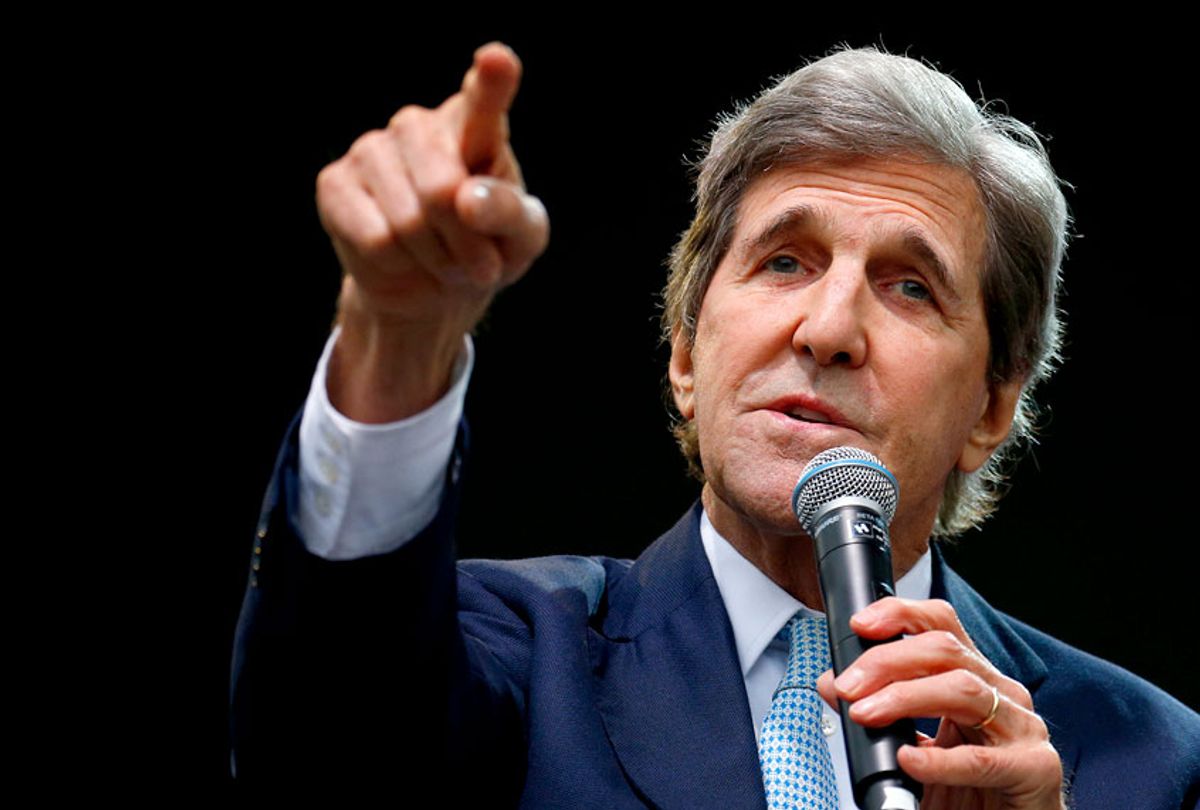 Former Secretary of State John Kerry is weighing a possible challenge to President Donald Trump in 2020.

During his speech Tuesday at Harvard University's John F. Kennedy Jr. Forum, the 2004 Democratic nominee for president was asked by an audience member whether he planned on running against Trump. While he did not directly tackle the question with a "yes" or "no" answer, Kerry did leave room for speculation with his response.

The former Massachusetts senator is just one of many names being floating as a potential challenger to Trump in what is expected to be a very  crowded Democratic election in 2020. Should he decide to run, Kerry would likely face competition for the Democratic nomination from Sens. Cory Booker (D-N.J.), Kamala Harris (D-Calif.), Bernie Sanders (I-Va.) and Elizabeth Warren (D-Mass.), among other current members of Congress. Former Vice President Joe Biden and outgoing Rep. Beto O'Rourke, who narrowly lost a bid to sit in Congress' upper chamber against Republican Sen. Ted Cruz in reliably red Texas. And these names represent far from the complete list.

This isn't the first time Kerry has alluded to mounting a new presidential bid. Just last month, Kerry gave Politico a similar answer when asked about his potential run. "I’ve only done it once – unlike a lot of people who’ve been out there – and came pretty close," Kerry said of his competitive race against former Republican President George W. Bush. "I haven’t eliminated anything in my life – period – anything."

When reflecting on the 2016 election, Kerry told the Boston Globe that he had considered throwing his hat in during the last presidential cycle, as well. "For a minute or two – maybe somewhere along the line – it crossed my mind," Kerry said. "But there are a number of reasons why I dismissed the idea, and I’m glad. I think it was right. I never really thought that seriously about it."

Kerry certainly could count on renewed support, having lost the 2004 election by a margin of less than 3 percent. Even Trump, himself, seems keen on the idea, tweeting a diss at Kerry and other viable contenders back in September. "I see that John Kerry, the father of the now terminated Iran deal, is thinking of running for President," he tweeted at the time. "I should only be so lucky - although the field that is currently assembling looks really good - FOR ME!"