Rep. Bruce Poliquin lost his seat under Maine's ranked-choice voting law. Now he wants a judge to give it back 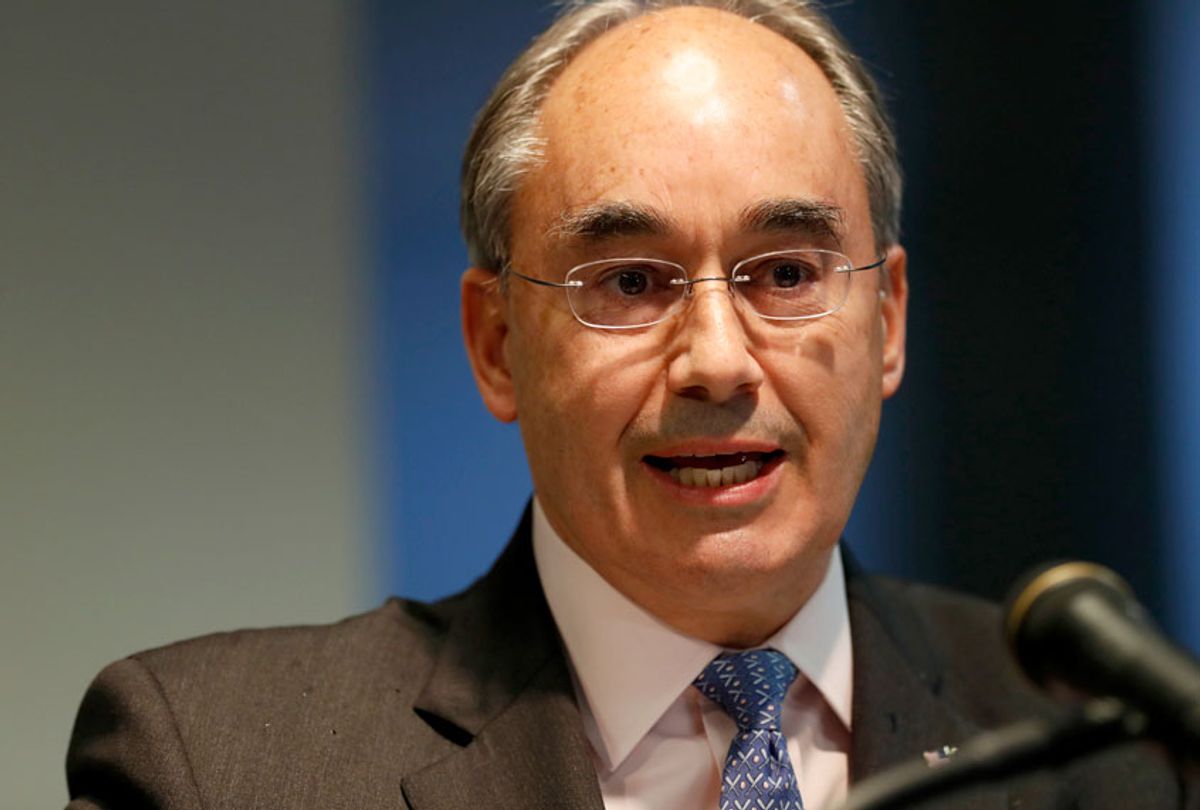 Rep. Bruce Poliquin, R-Maine, is asking for a new election unless he’s declared the winner of the race he lost in the first congressional election ever decided by ranked-choice voting.

Poliquin led Democrat Jared Golden on election night but the race became the first to be decided by the state’s new ranked-choice voting system because he failed to get a majority of the vote. Under the system, the second-choice votes of voters who backed third-party candidates are counted, starting with the candidate who finished last, until one of the top two candidates gets more than 50 percent. Golden won the race with 50.53 percent of the vote after the ranked-choice count.

On Tuesday, Poliquin asked a judge to order a new election unless he is granted an injunction declaring him the winner, arguing that the system is unconstitutional, the Bangor Daily News reported. Poliquin previously attempted to get a temporary restraining order to stop the ranked-choice count but was unsuccessful.

The complaint filed Tuesday argues that ranked-choice voting violates the U.S. Constitution and the Voting Rights Act. The complaint came one day after Poliquin asked the Maine secretary of state to order a hand recount of the votes.

Secretary of State Matt Dunlap’s attorney said none of Poliquin’s allegations have “any merit.”

“There is no constitutional basis for rejecting this electoral result,” Assistant Attorney General Phyllis Gardiner said. “Jared Golden should be free to present his credentials to the incoming Congress, which has the ultimate authority to decide whether to seat him as the representative of Maine’s Congressional District 2.”

A hearing on the motion will be held Dec. 5 and a decision is expected by Dec. 14, the deadline to certify the results.

“Now, after 296,077 Maine citizens have voted based on their understanding that the [ranked-choice voting] system would be used to determine the winner of the election, Poliquin would like to change the rules,” he wrote in a brief. “Poliquin’s sour grapes preliminary injunction is too little, too late, and is outweighed by the injury to the thousands of Maine voters who selected Golden over Poliquin and who would be disenfranchised by Poliquin’s attempt to use the courts to overturn the results of the election.”

“The chaos, disruption, and violation of fundamental rights that would result from Poliquin’s attempt to rewrite the rules after the election is anathema to the public interest. Golden won the election fair and square,” he added.

U.S. District Judge Lance Walker, who denied Poliquin’s request to stop the ranked-choice count, has not addressed whether the voting method violates the Constitution. No other court has ruled on that exact argument. The Maine Supreme Court last year issued an opinion saying that ranked-choice voting violated the state constitution by requiring a majority of votes rather than a plurality, but did not address its use in federal elections.

Maine voters have twice approved referenda in favor of ranked-choice voting, which allows voters who prefer minor-party candidates to play a role in the final result -- at least in close elections. Sen. Angus King, an independent, and Rep. Chellie Pingree, a Democrat, were both re-elected by clear majorities this year, without second-choice votes coming into play.