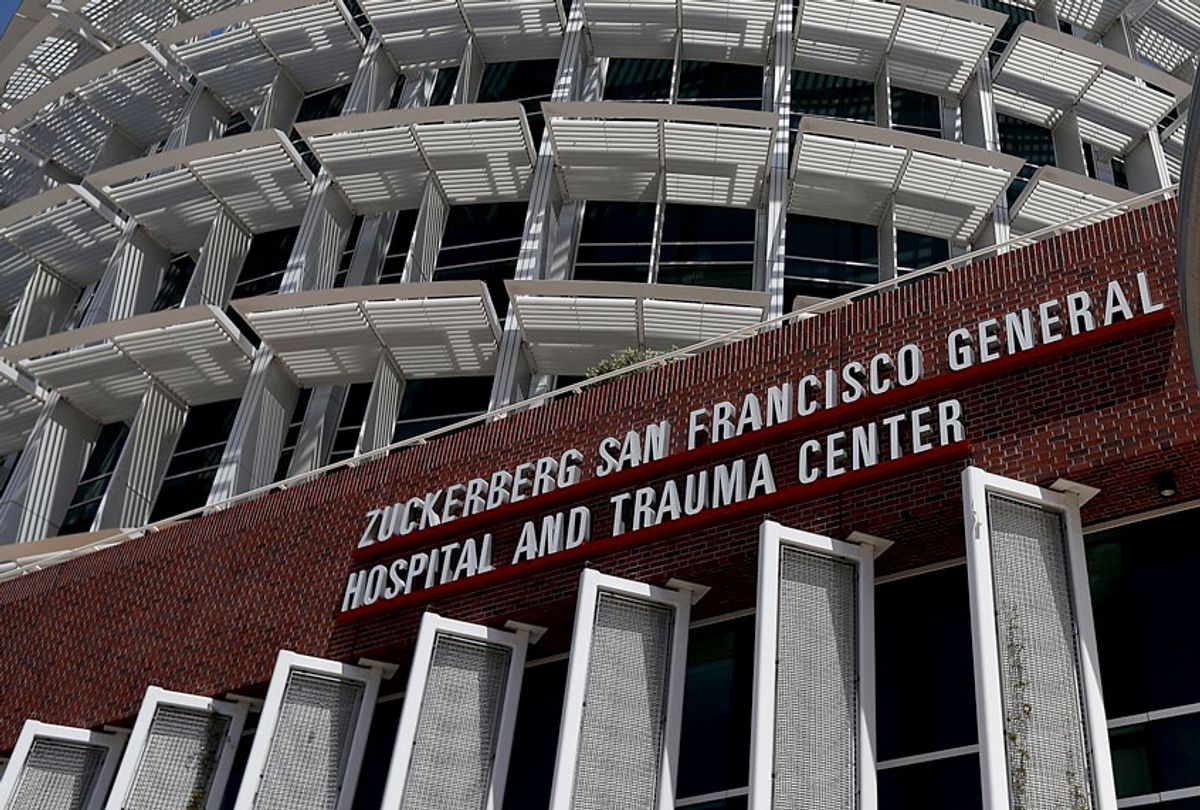 Facebook and its CEO Mark Zuckerberg are facing a public relations crisis. From recent exposés about the company's alleged smear tactics against Facebook critics to prominent privacy breaches like the Cambridge Analytica scandal, the public doesn't really “like” the tech behemoth and its leadership at the present moment. This sense of rancor has trickled down to the residents of the city of San Francisco, who could impact Zuckerberg's legacy for years to come.

San Francisco Board of Supervisor member Aaron Peskin has set in motion an effort to determine whether or not the city can remove Zuckerberg’s name from San Francisco General Hospital. The hospital was rechristened the "Priscilla and Mark Zuckerberg San Francisco General Hospital and Trauma Center" in 2015, after Zuckerberg, perhaps wary of his dismal public image, made a $75 million donation to the hospital. It was the largest donation made by a single private donor that the hospital had received since 1994, and at the time, the largest private gift from individuals to a public hospital in the country.

“The recent revelations of Facebook’s smear tactics against their critics was the impetus for me to ask the city attorney about removing the name,” Peskin told Salon on the phone. “While I appreciate their generosity, I don’t think San Francisco should be in the business of validating their abhorrent practices.”

As it turns out, taxpayers' contribution to the hospital make Zuckerberg's check look meager. In November 2008, San Francisco voters voted yes to issue $887.4 million in bonds to rebuild the hospital to meet earthquake standards. The funds paid for the construction, but did not include furnishings and and new technology to equip the new building. The city had to rely on a combination of public funds and private charitable donors — like Zuckerberg — to supplement the costs.

According to the contract between San Francisco General Hospital Foundation and the city of San Francisco, viewed by Salon, $68.375 million of the $75 million gift made by Zuckerberg and Chan paid for movable furniture, fixtures, or other equipment (FF&E). Four million dollars went to an endowment. Additional funds went to operational and campaign costs — in exchange for naming rights.

“It cannot be normal for the city to put a price tag on the branding of institutions and spaces that fundamentally belong to the citizens of this city,” Peskin stated at the meeting on Tuesday. “As a matter of fact while Mr. Zuckerberg and his partner Priscilla Chan gifted $75 million in exchange for these naming rights, it was the people of the city and county of San Francisco that funded more than 10 times that amount via a $900 million bond in 2008 that was supported by virtually every institution in this city.”

The contract states the renaming of San Francisco General Hospital as “Priscilla and Mark Zuckerberg San Francisco General Hospital and Trauma Center” will last for 50 years, but the donors have an option to extend the naming rights in exchange for an additional grant. It was not just the new name the city promised, either: Letterheads, lab coats, educational materials and more all must have the new name, according to the contract.

The renaming was controversial at the time, but in light of recent revelations, some employees and former employees are even more skeptical of having the hospital associated with Facebook.

Sasha Cuttler, who has worked at the hospital on and off since 1987 and who is a registered nurse, told Salon what worries him the most is Facebook’s seemingly haphazard practices when it comes to user privacy. He pointed to a CNBC report that claimed Facebook approached various U.S. hospitals and asked them to share anonymized data about patients for a research project. He also referred to a study published in the Proceedings of the National Academy of Science about how Facebook selected people, without their consent, to research emotional contagion on the platform. According to Forbes, this was done in 2014 before before Facebook added "research" to their data use policy.

“What is going on in hospitals all across the country is a very strict protection of privacy,” Cuttler told Salon, explaining that colleagues can get fired for any violation of patient privacy, noting the hypocrisy of the hospital glorifying Zuckerberg.

Mary Magee, a registered nurse who worked at San Francisco General Hospital for 21 years, said the naming was “an insult”  to the voters and San Francisco taxpayers.

"I very much appreciate their generous gift, [but] I think true philanthropy does not require putting someone’s name in light. You make a big donation, you get your name on the hospital, but if tech companies were paying proper taxes we would maybe have been able to finish [rebuilding the hospital] without [the donation],” she added.

When asked about the removal, San Francisco General Hospital sent Salon a statement from Susan Ehrlich, CEO: “Through their generous gift, Dr. Priscilla Chan, previously a resident physician at the hospital, and Mr. Mark Zuckerberg have significantly contributed to the fulfillment of that mission by allowing us to acquire state-of-the-art technology we use every single day to save patient lives, and by providing continuing support of renovations, improvements in patient care and education,” she said in the statement. “We are honored that Dr. Chan and Mr. Zuckerberg thought highly enough of our hospital and staff, and the health of San Franciscans, to donate their resources to our mission.”

The next step, Peskin said, is for San Francisco city attorney to look into whether or not it’s possible to remove Zuckerberg’s name.

“It will be some time before we get an answer ,” he told Salon.