Did Joe Crowley help torpedo Barbara Lee to get revenge on Alexandria Ocasio-Cortez?

According to the Intercept, Democrat ousted by Ocasio-Cortez steered votes from Lee to his pal Hakeem Jeffries 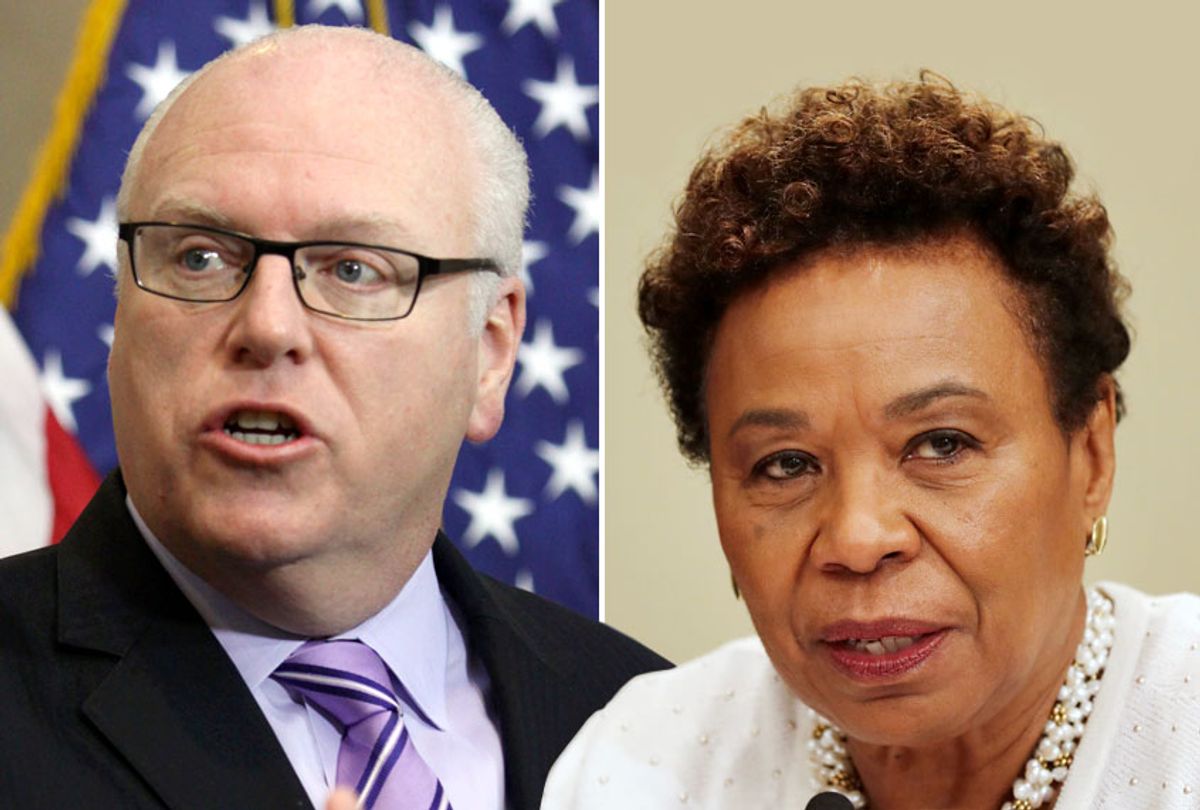 CNN reported earlier this week that Crowley sang an Irish ballad to the House Democratic Caucus, which gave him a standing ovation on his way out.

According to the Intercept, however, Crowley also worked behind the scenes to frame Lee, an 11-term congresswoman from California, as part of the leftist insurgency that is increasingly threatening Democratic incumbents.

Lee did donate $1,000 to Ocasio-Cortez, though she did so two weeks after the 29-year-old democratic socialist defeated Crowley. Other major congressional Democrats, including Rep. Steny Hoyer of Maryland, Rep. Raúl Grijalva of Arizona and Rep. Maxine Waters of California, have all given money to Ocasio-Cortez since her primary win.

Lee lost to Rep. Hakeem Jeffries, who represents a Brooklyn district almost next door to Ocasio-Cortez’s, by a 123-113 vote.

New York Rep. Brian Higgins, who voted for Jeffries, seemed to admit to the Intercept that Crowley had played a role in Lee’s defeat.

“Hakeem is going to be around for a long time. Our good friend Joe Crowley was defeated. I think Joe probably mentored him a little bit toward this,” Higgins said, adding that Crowley “helped him develop a strategy to succeed.”

Asked about Crowley’s reported comments to colleagues, Lee told the Intercept that “those rumors took place and that was very unfair. We’re moving forward now.”

Lee also confirmed to the Intercept that some members who voted for Jeffries had previously assured her that she had their support, adding that a majority of the caucus had committed to her.

Lee added that it was completely false that she backed Ocasio-Cortez in her primary challenge against Crowley.

“I didn’t even know he had a primary,” she told the outlet.

Lee previously said that she lost the race because of “institutional barriers.”

"You feel some disappointment only with the institutional barriers that I recognized that were out there during this campaign. I'm really disappointed in that, knowing this was an uphill battle," she said, before adding that ageism and sexism “absolutely” played a role in her defeat.

“None at all. They stayed right down the middle, above the fray, as we would have expected they would,” he told the Intercept.

“This is exactly why we need more primaries — to have a Democratic Party that fights for its voters, not corporate donors,” Waleed Shahid, a spokesman for the group, told the Intercept.

Noting that just 1.3 percent of Jeffries’ campaign funds in the last election came from small-money donors, HuffPost senior reporter Zach Carter wrote, “Jeffries is a big money Democrat and a member in good standing of Andrew Cuomo's New York machine. There is no way to spin his victory over Barbara Lee as a sign the party is moving in a progressive direction.”