Michael Avenatti slammed the tab as "staggering and grossly inflated" – one that he said should not exceed $25,000 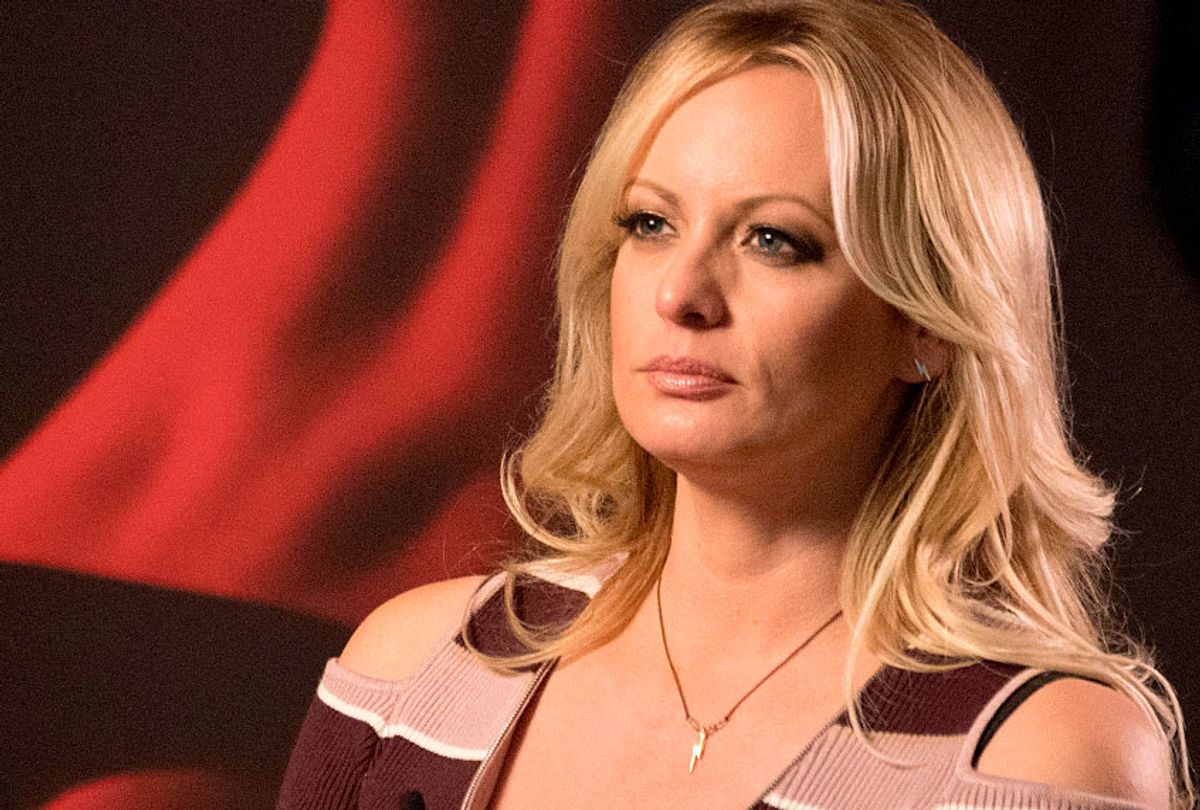 President Donald Trump's legal team has requested that a federal judge order Stormy Daniels to pay them almost $390,000 in legal fees in the wake of the adult film star's failed defamation suit against the commander-in-chief, according to the Associated Press.

The attorneys reportedly argued in a Los Angeles federal courtroom on Monday that last year's case was costly to them as a result of the "aggressive" tactics employed by Daniels' attorney, Michael Avenatti. The lawyers believe that Daniels should pay those legal bills.

Daniels has alleged that she had a one-night affair with Trump in 2006, and that the former real estate mogul paid her $130,000 days before the 2016 presidential election in exchange for her silence. Trump has denied the affair.

Despite the alleged non-disclosure agreement to stay quiet, Daniels spoke out publicly and claimed she was threatened in 2011 in a Los Vegas parking lot to keep quiet about that supposed sexual encounter. She has said she did not recognize the man, who she later released a forensic sketch of during an appearance on "The View."

Daniels sued Trump for defamation after he mocked her in April over the composite sketch by tweeting, "A sketch years later about a nonexistent man. A total con job, playing the Fake News Media for Fools (but they know it)!"

U.S. District Court Judge S. James Otero dismissed the lawsuit brought by Daniels in October and ruled that Trump's tweet was "rhetorical hyperbole" – not defamation – and his statement consisted of protected speech under the First Amendment. Trump is entitled to legal fees, Otero also ruled.

The Associated Press reports that Trump's legal team has accounted for more than 500 hours of work at rates as high as $840 an hour. Avenatti, who has positioned himself as an ardent Trump foil and is weighing a run for president in 2020, argued that the alleged fees represent a "staggering and grossly inflated" tab that should total closer to $25,000, CNBC reported.

Meanwhile, the president's lead attorney on the case maintained that the fees were merited due to the extraordinary nature of the case. "This action is virtually unprecedented in American legal history," Trump's attorney Charles Harder wrote in a court filing, according to the Associated Press. Daniels, he added, "not only brought a meritless claim for defamation against the sitting president of the United States, but she also has engaged, along with her attorney, in massive national publicity."