The findings would likely provide the first clear picture of the finances of Trump's luxury hotel in Washington, DC 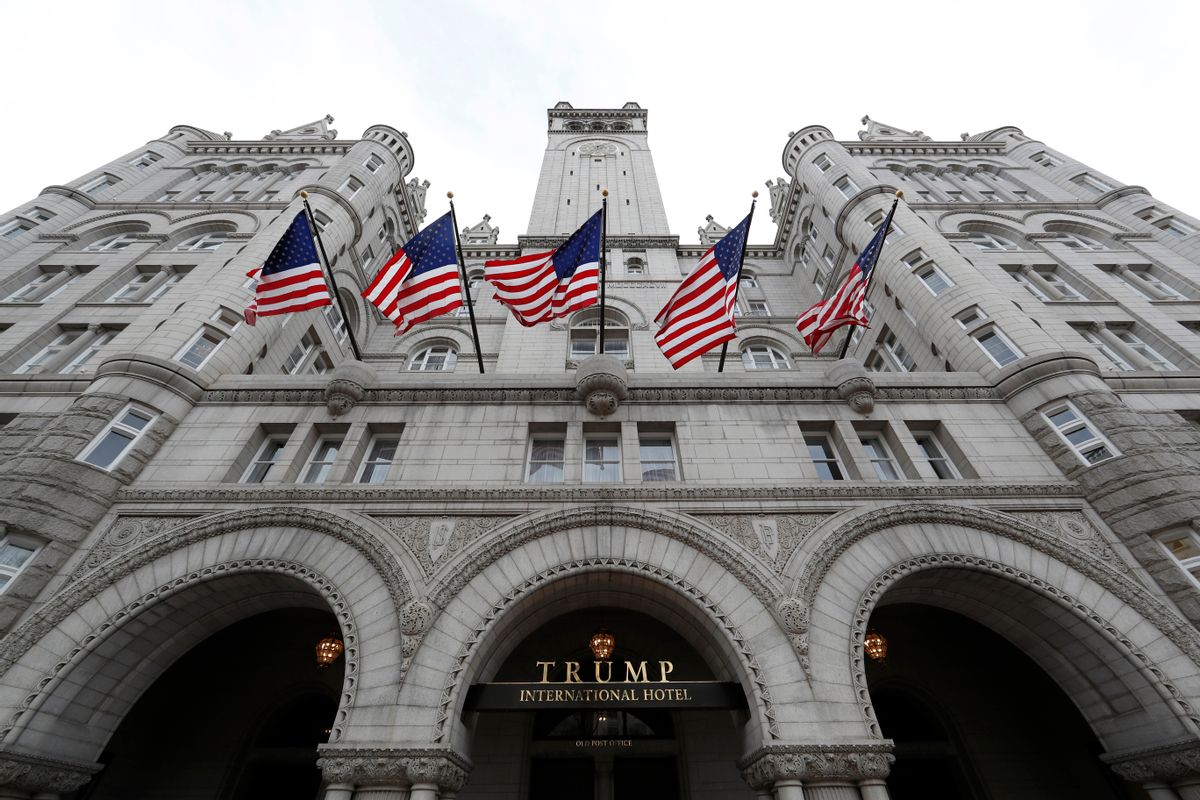 The attorneys general of the District of Columbia and Maryland can begin to issue subpoenas for records in their case accusing President Donald Trump of violating the Constitution's emoluments clause, a federal judge said on Monday.

U.S. District Court Judge Peter J. Messitte gave the order for the case to proceed to the discovery stage to DC Attorney General Karl Racine and Maryland Attorney General Brian Frosh, who have accused Trump of using his luxury hotel in Washington to illegally profit off of the presidency. The list of subpoena targets will be released on Tuesday, according to NPR.

"We will now serve subpoenas to third-party organizations and federal agencies to gather the necessary evidence to prove that President Trump is violating the Constitution's emoluments clauses — our nation's original anti-corruption laws," Racine said in a statement.

Racine and Frosh plan to serve as many as 20 companies and government agencies with subpoenas by midday Tuesday, Politico reports. This marks the first time that a lawsuit claiming a president violated the Constitution's emoluments, or anti-corruption, clauses has moved forward to the discovery stage.

Filed in June 2017, the suit accuses Trump of violating two "emoluments" clauses of the Constitution, which prohibit a sitting president from accepting gifts or payments from states or foreign governments without congressional approval. The Trump Organization announced in February that it donated profits from hotel business with foreign governments to the U.S. Treasury, although it declined to reveal the amount of the contributions and how those amounts were calculated. It also refused to identify those foreign customers.

Subpoenas will be issued to state and federal government agencies and to customers and competitors of the Trump International Hotel, which is located down the street from the White House, Maryland Attorney General Brian Frosh told Politico. If Justice Department lawyers do try to halt the case, he said that he was confident that the delay would only be temporary.

"They have a very high burden to win on a writ of mandamus. I don’t think they can meet that standard here," Frosh told the news organization. "They've done everything they possibly can to stop us from getting discovery."

The findings would likely provide the first clear picture of the finances of Trump's Washington, DC hotel.

The Justice Department on Friday informed Messite that the federal government would try to challenge the attorneys general case with an appeal to the 4th Circuit Court of Appeals in Richmond, but by Monday night, it had yet to file anything in that court, accorting to Politico. The department said it plans to seek a writ of mandamus — to have the appeal heard by a higher court — in an attempt to "halt the legal proceedings as illegal or improper," per the news outlet.

Judge Messitte, who was appointed by former President Bill Clinton, rejected earlier arguments from Justice Department attorneys that DC and Maryland. did not have legal standing to file the litigation. He also ruled against Trump's administration lawyers who have argued that earnings from private business transactions, including hotel stays, do not qualify as emoluments. Last month, he denied the administration's request for an appeal in the case.

A similar case against Trump brought by Democrats in Congress received the green light from a federal court in Washington, which ruled in September that the lawmakers had legal standing to sue the president, while a pair of emoluments lawsuits filed against Trump in New York were dismissed by a judge there for lack of standing. That December 2017 decision is on appeal. Those cases have not yet proceeded to the discovery stage.