"Do you want TB, HIV/AIDS, chicken pox or hepatitis . . . at your children's schools?" Lahren asked on "Fox Nation" 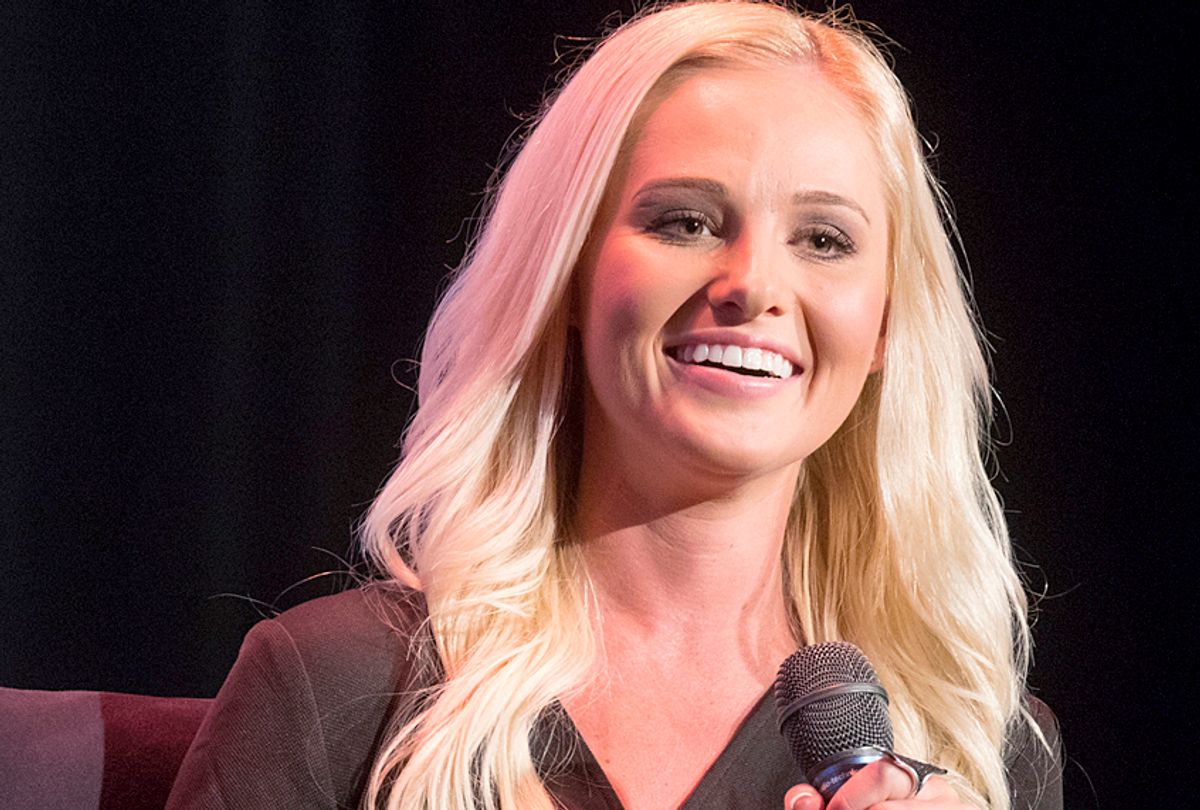 In a segment that drummed up fear of migrants, Fox News contributor Tomi Lahren suggested that migrants trying to cross the border into the U.S. would spread hepatitis and HIV/AIDS throughout local communities.

Of the thousands of migrants currently residing in Tijuana, Mexico, Lahren warned her "Fox Nation" viewers that "there are three confirmed cases of tuberculosis, four cases of HIV/AIDS and four separate cases of chicken pox."

“Oh, and over 100 migrants have lice and multiple instances of skin infections," Lahren continued with the chyron "Caravan of Diseases" on full display across the screen. "Oh, and there’s also the threat of a hepatitis outbreak."

“So what happens if we usher them on in to the United States? People in border states like mine better pull their heads out of the sand real quick," the Fox host warned. "Do you want TB, HIV/AIDS, chicken pox or hepatitis in your communities at your children's schools? Because I have a feeling the warm and fuzzy spirit of compassion doesn't treat or prevent diseases like those."

After The Daily Beast posted a tweet stating that Lahren had made the claims while providing "zero evidence," Lahren responded on Twitter, "Really? Ask the Tijuana Health Department. They reported it."

The Daily Beast later added a response from Baja officials to those claims to their report. "The Mexican state of Baja’s government told Politifact there are no documented cases of tuberculosis, that seven people had chicken pox, and four people had HIV/AIDS," the news outlet wrote. "Migrants are not allowed to reside in the United States while they wait for their asylum claims to be processed. The few who have breached a border fence have been detained by U.S authorities."

One glaring omission made by Lahren, who does not have a degree in science, was the fact that individuals who are undetectable cannot transmit the HIV virus. As an historic CDC memo stated last year, "People who take ART (antiretroviral therapy) daily as prescribed and achieve and maintain an undetectable viral load have effectively no risk of sexually transmitting the virus to an HIV-negative partner."

However, Lahren's likening of minorities to vectors of disease is not an original approach. Throughout history, such language has been weaponized to marginalize entire communities of people. (Look no further than the HIV/AIDS outbreak more than three decades ago.)

This was also not the first time that Lahren has had a fear-mongering discussion about the migrant caravan. Over the Thanksgiving holiday, the conservative pundit wrote on Twitter that the deployment of tear gas at the U.S.-Mexico border, which was used on women and children, was the "highlight of her Thanksgiving."

Lahren's comment came in response to an expletive-laden tweet by actress and #MeToo activist Alyssa Milano, who was responding to President Donald Trump's statement that Mexico would be "smart" to "stop the Caravans" before they approached the border.

"Bum-rushing the border is a CHOICE and has consequences," Lahren wrote back to Milano. "Watching the USA FINALLY defend our borders was the HIGHLIGHT of my Thanksgiving weekend."

Lahren, an ardent supporter of Trump and his hardline immigration policies, has also previously railed against "Hollywood types," who she falsely claimed wanted the border open for "illegals" even though they would not be affected by the resulting influx of migrants. "Notice these bleeding heart Hollywood types who want to open the flood gates for illegals will never actually feel the impact," Lahren tweeted last month. "It's the average people OUTSIDE of the fancy gated communities that have to deal with this crap."

The Trump administration's treatment of migrant children has prompted widespread outcry from lawmakers across all sides of the political spectrum. Earlier this year, the Trump administration instituted a "zero-tolerance" policy that resulted in thousands of migrant children being ripped from their parents and placed in detention centers after crossing the southern U.S. border. In June, Trump signed an executive order reversing his policy of separating families and replacing it with a policy of detaining entire families together, including children, for an indefinite period.

In and around Tijuana, just south of San Diego, more than 5,000 migrants are camped in the hopes of setting foot on U.S. soil to ask for asylum. Trump issued a proclamation earlier this month to refuse asylum to migrants who crossed the southern border illegally if they do not arrive at a point of entry, but the Ninth Circuit Court of Appeals shot down the president and issued a temporary restraining order.

Trump on Monday threatened to "close the entire Southern Border," in response to the caravan. He also, again, called on Congress to fund his campaign promise of a border wall.