Blind-sided by a national decline? Like that snow storm we did not expect 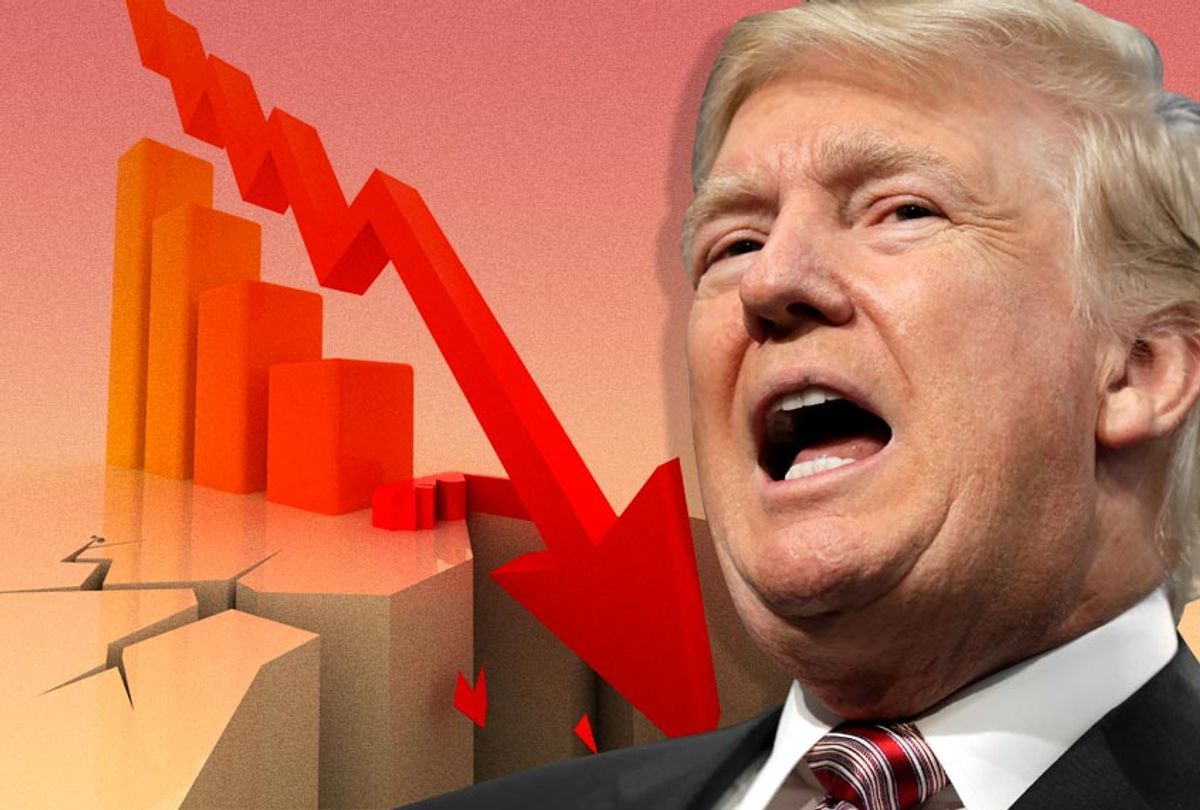 Facebook
Twitter
Reddit
Email
view in app
The flash snow storm that hit North Carolina last weekend was much like the storm in mid-November that hit New Jersey during the evening rush, in both cases it was immediately apparent  that our local, county and state  governments had let us down. The collateral damage was visible when the sun came up the next day as motorists had to reclaim their stranded vehicles.
In New Jersey the finger pointing became talk radio fodder and the media insisting on accountability. There were demands for contrition from the powers that be that were unprepared for the snap snow storm that left us all with our wheels spinning sliding backward.
At its core, it was about a lack of situational awareness from our leadership about the real physical world the electorate exists in that left us flying blind into adversity unprepared.
Over the last decade, since the Great Collapse, it has become increasingly clear to me that this kind of disconnect between our government and the reality the mass of America exists in is not just limited to meteorological miscues.
It is manifested in the disconnect between how the news media describes America to itself and what happened on the ground in the country after the 2008 meltdown.  The Obama administration, faced with the prospect of the global economy sinking, applied a top down remedy that provided life boats for Wall Street and let Main Street  America take on water.
That had consequences and set up Donald Trump’s electoral victory because he gave voice to the Main Street discontent the bi-coastal elites could not hear because everybody they knew was doing well.
And so, they failed to see the funnel cloud of blue collar discontent  that would tear through 70 counties in the rust belt that had twice voted for Obama and flipped them over to Trump.
It was every bit  as unanticipated as the Nov. 15 snow storm.
How did the people whose business it was to know not see the Trump twister?  They were informed by aggregate data points on national unemployment that painted the sanguine picture of the Obama “recovery.” But this national data upon which markets and governments rely entirely remain largely irrelevant because no one lives in the aggregate.
As New York Times columnist David Leonhardt recently pointed out, these existing data points don’t capture lingering wounds from the financial crisis including “millions of people — many of whom were already anxious about the economy— feeling much more anxious, if not downright angry.”
“The trouble is that a handful of statistics dominate the public conversation about the economy despite the fact that they provide a misleading portrait of people’s lives,” he writes. “Even worse, the statistics have become more misleading over time.”
Post Great Recession, wealth inequality and income disparity have only gotten worse as stock ownership is increasingly concentrated in fewer and fewer hands. “That’s why the net worth of the nation’s median household is still about 20 percent lower than it was in early 2007,” according to Leonhardt.
As it turns out, when you lose $20 trillion dollars in American household wealth the impacts are lingering and generational  and undermine the notion that each generation will out perform the last. Add in the $1.5 trillion dollars in student debt that hangs around the necks of our millennial like a millstone, and you have the makings for a growing underclass of Americans.
Leonhardt suggests that the unemployment rate, which he reports originated as the brainchild of Civil War officer as a way to assess the economic impact of the Panic of 1873, is too dated to be useful.
I would nominate our national life expectancy as one of the data points we should include in our new national assessment of our socio-economic well being.
Our life expectancy has  declined for the last three years, thanks to continued spikes in suicide and opioid addiction. We have always treated that statistic when it came to assessing other nations as a basic make or break gauge of a country’s relative success or failure.
But when it shows us coming up short our pre-programed “we are the greatest country on earth” propaganda mantra kicks in and we just ignore the big picture or rationalize that premature death from suicide or opioid addiction is often the consequences of bad choices made by individuals we are probably better off without as a society.
To find an equivalent multi-year — back to back — decline in the annual American life expectancy you would have to go back to the years covering 1915 and 1918 which included World War I and the catastrophic flu epidemic that killed close to 700,000 in the United States.
This decline has been decades in the making and has come in slow motion like a giant ocean liner with microscopic cracks below the waterline and we ignore it at our peril. Because our media narrative is dominated by the incessant hum of happy talk up-selling we’ve missed this slippage in our national circumstance.
A version of this story originally appeared in InsiderNJ.com