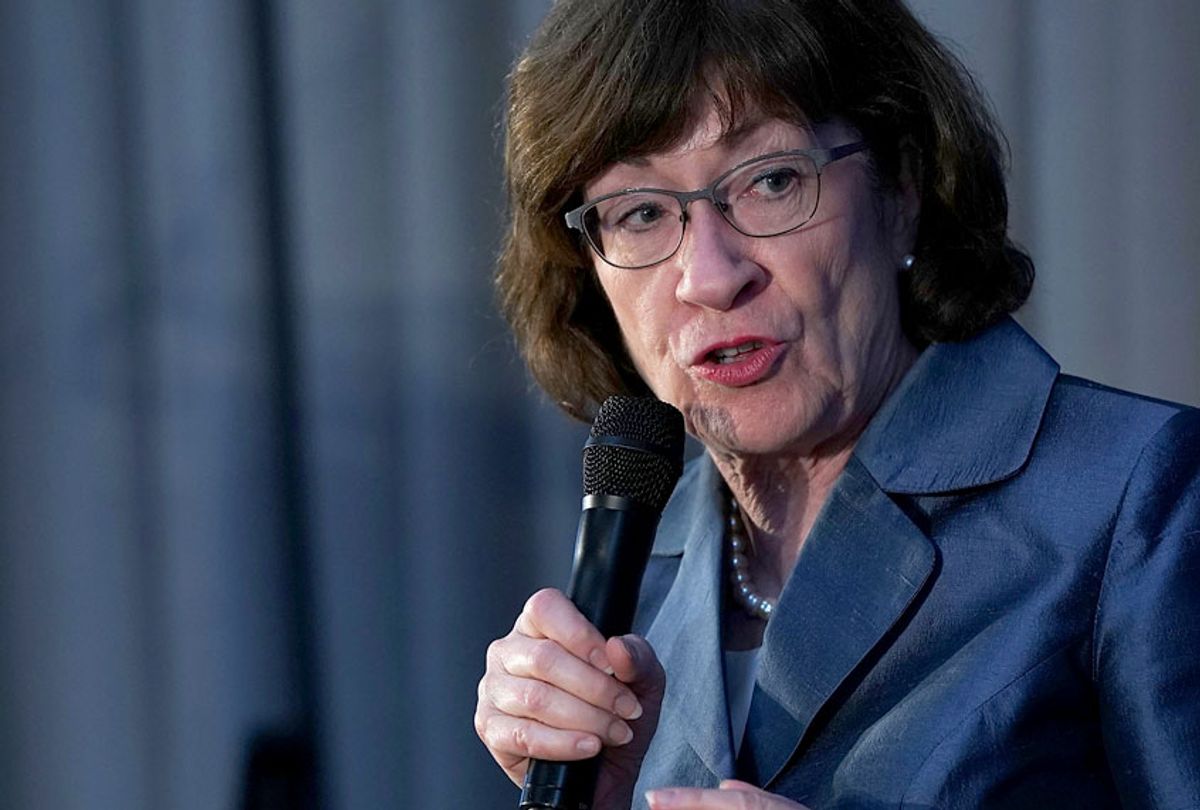 "I certainly do" feel vindicated Collins, who reportedly supports abortion rights, told reporters. Collins, who decided to support Kavanaugh despite mounting allegations of sexual misconduct, provided the pivotal vote that landed the newly-appointed justice on the bench and potentially swayed the balance of the court toward conservatives for a generation.

Kavanaugh broke from conservative justices Samuel Alito, Neil Gorsuch and Clarence Thomas in deciding whether to hear if Louisiana and Kansas could cut off Medicaid funding with Planned Parenthood affiliates who offer preventive care — like cancer screening and birth control — to low-income women, according to CNN.

Progressive groups told CNN that Collins' enthusiasm was misplaced, however, and argued that Kavanaugh's decision on Planned Parenthood did not change his alleged stance that Roe v. Wade was wrongly decided. "The case had nothing to do with abortion. Kavanaugh's apparent vote not to hear this particular case does nothing to vindicate Sen. Collins' vote for Justice Kavanaugh," Elizabeth Wydra, president of the Constitutional Accountability Center, told CNN. "Sen. Collins should not breathe a sigh of relief until Kavanaugh squarely votes to support Roe."

Kavanaugh's confirmation to the nation's highest court was a triumph for President Donald Trump, who succeeded in placing his second justice on the Supreme Court and fulfilled his vow to secure the high court's conservative majority for 30 or more years. That conservative majority of justices, pro-choice activists contend, endangers the fate of legal abortions for women across the country.

Kavanaugh said during his confirmation hearings that the abortion rights secured by the 1973 Roe v. Wade decision are settled law, although released emails from his time in former President George W. Bush's White House appear to dispute that assertion. In March 2003, Kavanaugh wrote, "I am not sure that all legal scholars refer to Roe as the settled law of the land at the Supreme Court level since Court can always overrule its precedent, and three current Justices on the Court would do so."

Collins, who has taken pride in positioning herself as a so-called voice for moderate Republicanism and women's rights, voted in August to preserve federal funding for Planned Parenthood. She has previously said that she would not support a candidate who would overturn Roe v. Wade. At the time, a spokesperson for Collins reportedly said that the senator did not find Kavanaugh's email contradictory to his testimony, since he referenced "legal scholars" in lieu of his own opinion. Many Democrats, however, have found Kavanaugh’s explanation to be dubious.

Collins' has faced mounting criticism over her decision to support Kavanaugh. Although she is not up for reelection until 2020, a group of liberal activists in Maine have raised more than $2 million to fund whoever decided to challenge her if she voted to confirm Kavanaugh — a significant sum for a political race in a smaller state.

"This is a game changer, and certainly connected with people who were demoralized and now are a little bit reinvigorated from the chance of having a representative who truly represents Mainers," Marie Follayttar Smith, an on-the-ground organizer, told Salon in an interview earlier this year. "Senator Collins can choose to lead by her conscious and lead for her people that she represents or not. For many, this is her final chance of being Margaret Chase Smith." (Margaret Chase Smith was a U.S. Senator from Maine. She was the first woman to serve in both houses of Congress.)

As the campaign went viral, Collins' team accused her constituents and people who voted for her re-election to the U.S. Senate in 2014 of bribery.