Conceding to critics, Pelosi vows to serve only four more years as Speaker 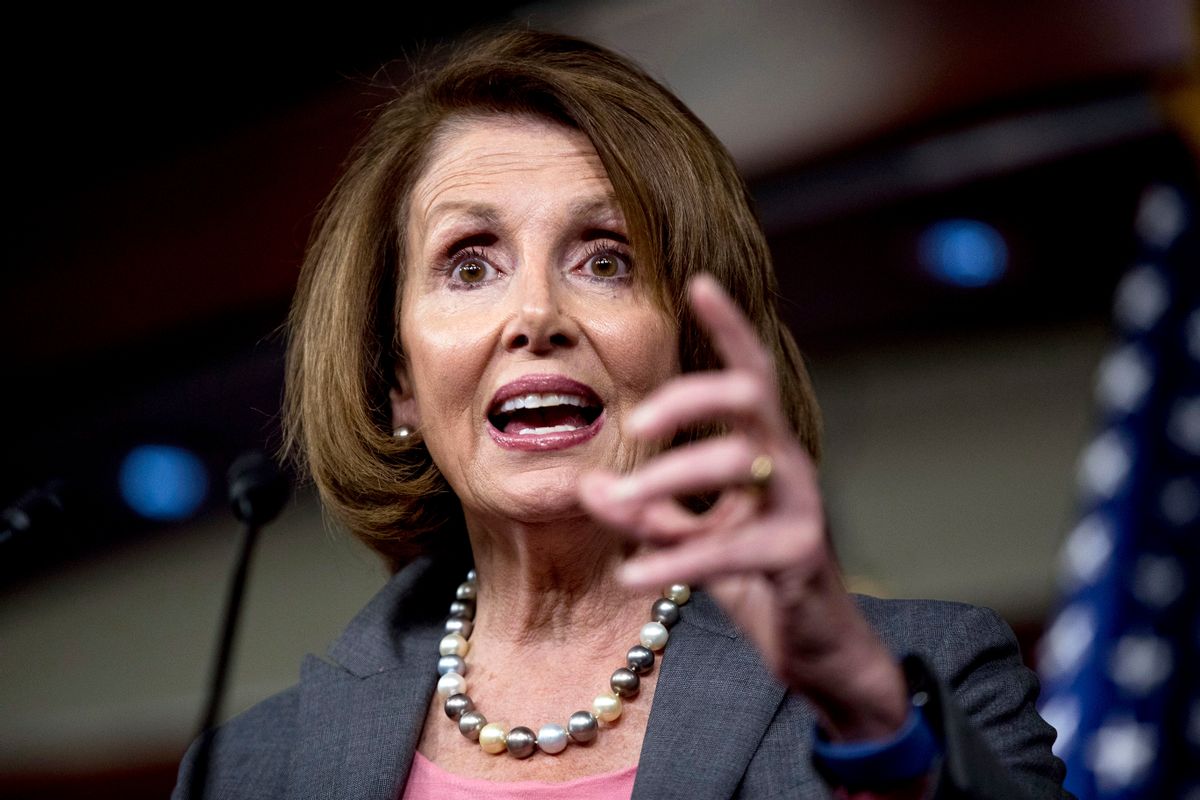 FILE - In this Nov. 17, 2016, file photo, House Minority Leader Nancy Pelosi of Calif. speaks on Capitol Hill in Washington. Pelosi faces a challenge to her job as frustrated House Democrats meet to select a new slate of leaders. Pelosi is likely to be re-elected easily despite disenchantment among the Democratic caucus she has led since 2002. (AP Photo/Andrew Harnik, file) (AP)
--

Rep. Nancy Pelosi (D-Calif.) is having quite the week. After making headlines for sassing President Trump, the future (and past) House Majority Leader faced scrutiny among her own ranks, many of whom were skeptical over whether the 78-year-old was an ideal political choice to serve as the Speaker of the House. Now, after an internal squabble, the current House Minority Leader announced she has agreed to limit her time as speaker to a maximum of four years before giving up the gavel.

“Over the summer, I made it clear that I see myself as a bridge to the next generation of leaders, a recognition of my continuing responsibility to mentor and advance new Members into positions of power and responsibility in the House Democratic Caucus,” Pelosi said in a statement.

According to Politico, the agreement will also cap the time her two deputies, Minority Whip Steny Hoyer (D-Md.) and Assistant Democratic Leader Jim Clyburn (D-S.C.), can stay in their posts. The agreement will be voted on before February 15, and even if it doesn’t pass, Pelosi has promised to limit her tenure to four years regardless.

“I am comfortable with the proposal and it is my intention to abide by it whether it passes or not,” Pelosi said.

The Democrats opposing her retaining her speaker position released a joint statement.

“We wish to thank Nancy Pelosi for her willingness to work with us to reach this agreement," the seven policymakers wrote. "We are proud that our agreement will make lasting institutional change that will strengthen our caucus and will help develop the next generation of Democratic leaders. We will support and vote for Nancy Pelosi for Speaker of the House in the 116th Congress.”

Politico reports the agreement was reached on Tuesday afternoon:

Pelosi met with Perlmutter and two others in the group of critics — Reps. Linda Sanchez (D-Calif.) and Bill Foster (D-Ill.) — on Tuesday afternoon to hammer out final details. The lawmakers then presented the pact to the broader group on a conference call Wednesday morning. The agreement was formally announced Wednesday afternoon, although POLITICO first reported details of the compromise earlier this week.

According to a Washington Post analysis, because of the composition of Congress, Pelosi needed the votes of every Democratic member of the House, save 17 representatives, in order to ensure victory. If 16 Democrats opposed her nomination, she would not have had enough votes to win and retain her speakership.