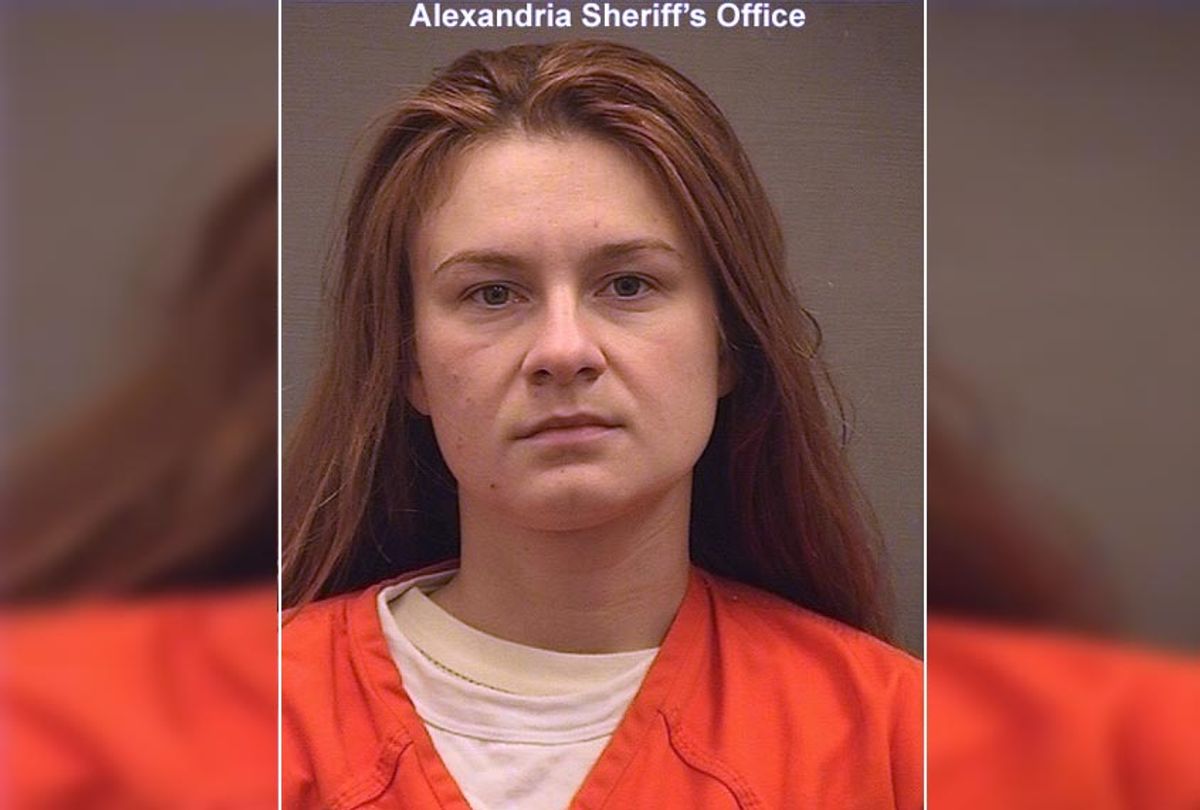 Admitted Russian spy Maria Butina’s Republican operative boyfriend wrote in private communications that he was involved in setting up a “very private line of communication” between Russia and the Trump campaign using the National Rifle Association as a “conduit.”

Butina, a 30-year-old Russian gun rights activist, worked for years to cultivate relationships within Republican and NRA circles. She was charged with working as an agent of the Russian government earlier this year and on Monday agreed to plead guilty to conspiracy charges and cooperate with prosecutors.

In her plea deal, Butina admitted that she and “US Person 1,” who is longtime Republican operative Paul Erickson, “agreed and conspired, with a Russian government official,” whose description matches Russian banker and close Putin ally Alexander Torshin, for Butina to “act in the United States under the direction of Russian Official without prior notification to the Attorney General,” ABC News reported.

Under Torshin’s direction, the document said, Butina “sought to establish unofficial lines of communication with Americans having power and influence over U.S. politics.”

According to ABC News, federal prosecutors have notified Erickson, who had a romantic relationship with Butina, that he is now a target in the ongoing investigation.

According to her agreement, Butina admitted that with Erickson’s help she drafted a proposal called “Description of the Diplomacy Project” in March of 2015 in which she wrote that she had “laid the groundwork for an unofficial channel of communication with the next U.S. administration.”

According to prosecutors, Erickson “worked with Butina to arrange introductions to U.S. persons having influence in American politics,” including the NRA and the organizers of the National Prayer Breakfast.

In 2015, Butina organized a trip for former NRA presidents and officials to Moscow, where she arranged a meeting for them with Russian Foreign Minister Sergey Lavrov.

“We should let them express their gratitude now, we will put pressure on them quietly later,” she wrote to Torshin after the meeting.

Around the same time, Erickson appears to have known about Butina’s work and was helping her establish connections.

“Unrelated to specific presidential campaigns,” Erickson wrote in October 2016, in an email to an acquaintance now in possession of the FBI, “I’ve been involved in securing a VERY private line of communication between the Kremlin and key [unnamed political party] leaders through, of all conduits, the [unnamed gun-rights organization].”

FBI investigators raided Erickson's South Dakota home and found a note in which he mused, “How to respond to FSB offer of employment?” The FSB is Russia’s intelligence agency and the successor to the infamous KGB.

Butina continued to attend “friendship dinners” with prominent conservatives and later arranged for a group of Russians to attend the National Prayer Breakfast in February of 2017.

In an email to Erickson, Butina wrote that the Russians were coming to the breakfast “to establish a back channel of communication,” The Daily Beast reported.

Erickson sent the list of Russian attendees to another person and wrote, “Reaction to the delegation’s presence in America will be conveyed DIRECTLY” to Russian President Vladimir Putin and Lavrov.

As these efforts were ongoing, the NRA was breaking spending records with sums of cash never before seen from the group.

The NRA, relying on an arm of the group that is not required to disclose its donors, spent more than $30 million to elect President Donald Trump, nearly triple the $12.5 million they spent to help Republican nominee Mitt Romney in 2012. They spent $54 million in total to elect Republicans in 2016.

Since the 2016 election, the NRA has cut its spending drastically. During the 2018 midterm cycle, McClatchy reported that the NRA had spent just $1.6 million to help Republicans, about 10 percent of the $16 million the group had spent backing GOP candidates in the 2014 midterms.

But the NRA didn’t just spend a lot of money to help Trump win. Watchdog groups filed a complaint with the Federal Election Commission accusing the NRA and the Trump campaign of illegally coordinating ads to influence the 2016 election. According to The Trace, both the NRA and Trump campaign illegally coordinated to the point where their ad buys were authorized by the same person at the National Media Research firm.

“This is very strong evidence, if not proof, of illegal coordination,” Larry Noble, a former FEC general counsel, told The Trace. “This is the heat of the general election, and the same person is acting as an agent for the NRA and the Trump campaign.”

The NRA’s struggles have continued. On Monday the gun-lobby group was forced to lay off at least one prominent host at its NRA TV outlet.

After Trump’s election win, Butina wrote to Torshin, “I am ready for further orders.”

She was arrested earlier this year and has now agreed to cooperate with prosecutors. Erickson appears to be facing the threat of prosecution himself.

And Torshin? He appears to have been forced into retirement.

Bloomberg reported that Torshin retired in late November, just as Butina appeared to be reaching a deal with prosecutors to admit that she acted as an agent on his behalf. The Russian central bank issued a one-sentence statement on his retirement and declined to elaborate.

Butina’s cooperation will also likely lead to charges against Erickson, whose relationship with Butina is not entirely clear.

Prosecutors claimed that Butina “appear[ed] to treat [her relationship with Erickson] as simply a necessary aspect of her activities” and privately expressed “disdain” for having to live with him.

Butina’s attorney, Robert Driscoll, insisted to ABC News that the two were in a mutual romantic relationship.

“I think in some ways it’s a classic love story,” Driscoll said. “I think [reporters] are filling in a lot of the gaps with a lot of spy novels.”