Lindsey Williams won a state Senate race in Pennsylvania. But Republicans are still refusing to seat her 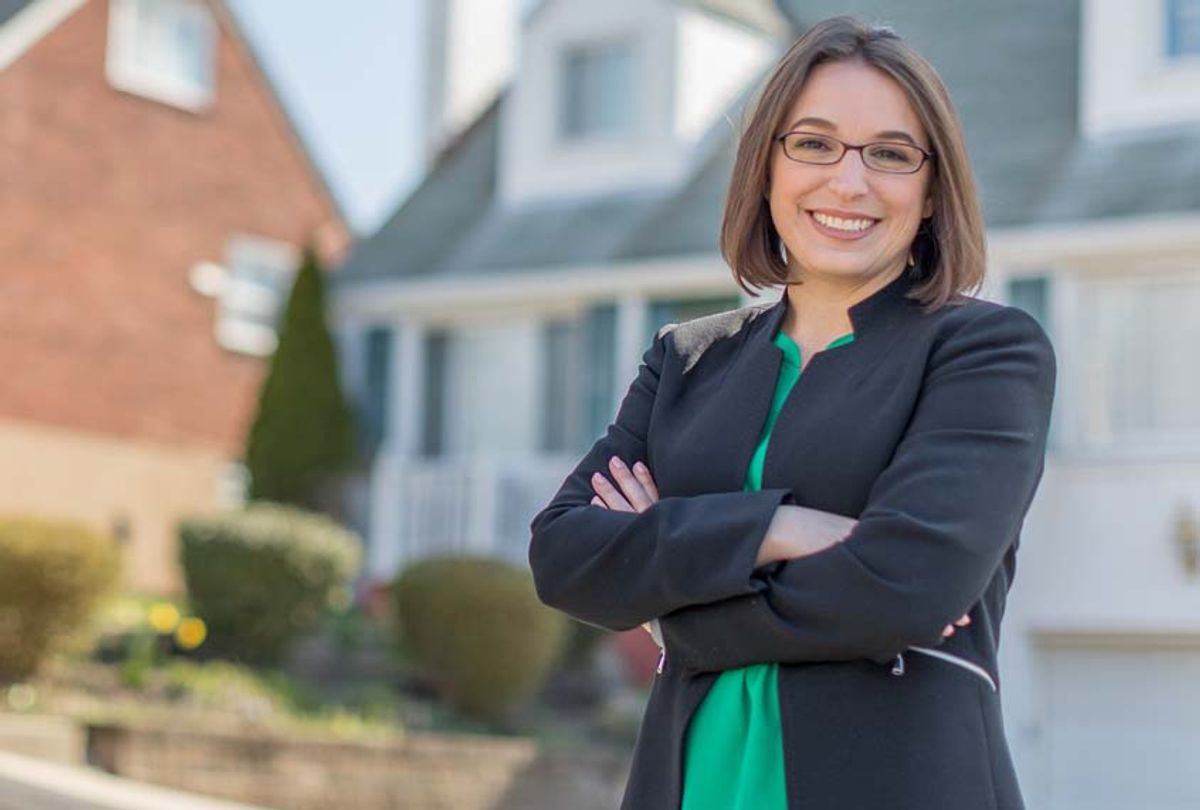 Republicans in Pennsylvania are trying to stop the Democratic winner of a state Senate race from being seated over the date on her driver’s license.

During the midterm campaign, Republicans sued to get Democrat Lindsey Williams kicked off the ballot for a state Senate race in Democratic Rep. Conor Lamb’s district and failed. After Williams won the race, Republicans have insisted that she does not meet the residency requirement to serve in the legislature. After Williams submitted dozens of legal documents in hopes of allaying the concerns, Republicans remained skeptical, the Associated Press reported.

Under Pennsylvania law, state senators must have lived in the state for at least four years before their election. Williams, a 35-year-old who has lived in Pennsylvania for most of her life, says she accepted a job offer with the Pittsburgh Federation of Teachers before Nov. 6, 2014, and began to move back to the state from Maryland in October of 2014. Republicans claim that the post-November 2014 dates on her driver’s license, lease and voter registration show that she has not lived in the state for the necessary four years. Williams’ lawyers said it’s unreasonable to expect all those documents to be completed the same day someone moves to a different state.

On Monday, Williams submitted a 97-page package of legal arguments and affidavits to Senate President Pro Tempore Joe Scarnati. Scarnati’s office was apparently unconvinced and told the AP that the information "answers some questions but certainly raises new issues."

Scarnati said he has retained an outside lawyer to review the documents and a decision will be made in “a few days.”

If Senate Republicans block Williams from being seated, the legislature could force a new special election in the spring. Williams defeated Republican Jeremy Shaffer by just 793 votes. The seat had been held by Republicans since 1990. Republicans now hold a 29-21 majority in the state Senate after losing five seats and their supermajority.

Democrats have accused the GOP of trying to overturn the results of an election.

"From Wisconsin to Michigan to North Carolina, and now Pennsylvania, the Republican Party has stooped to trying to subvert the will of the people and attempting to flout the democratic process as a last resort when they cannot win elections," the state’s Democratic Party said Tuesday.

Williams’ attorney, Chuck Pascal, told The Intercept that a new election would be a waste of money and unfair to constituents.

“I’m not sure what’s gained by having to redo this election,” he told the outlet. “To have a special election that will be costly to both the county and both parties, to have her run in a special [election] where she will clearly be eligible. And deprive the people of the district of a senator for six months. I mean the last campaign cost almost a million dollars on each side. So, it would just seem to me to be a waste of money at this point.”

Senate Republicans insisted that they were simply trying to ensure that Williams was complying with the state’s constitution.

“The constitution is not a guideline,” Jennifer Kocher, a spokeswoman for Senate Majority Leader Jake Corman, told the Intercept. “If she can provide us with that information that will clear any of those questions up, then we’ll just move on.”

The move to block Williams is part of a larger pattern of Republicans trying to undermine Democrats who defeated them in the midterms.

Elsewhere in Pennsylvania, Republicans are refusing to cooperate with Democratic Gov. Tom Wolf’s efforts to staff the state’s redistricting commission to undo a Republican gerrymander that the state’s Supreme Court found unconstitutional in a ruling last year.