"Once Upon a Deadpool": A cynical cash grab that's still too adult for kids

"Deadpool 2" was great, so "Once Upon A Deadpool" is mildly entertaining. But there's no reason for it to exist 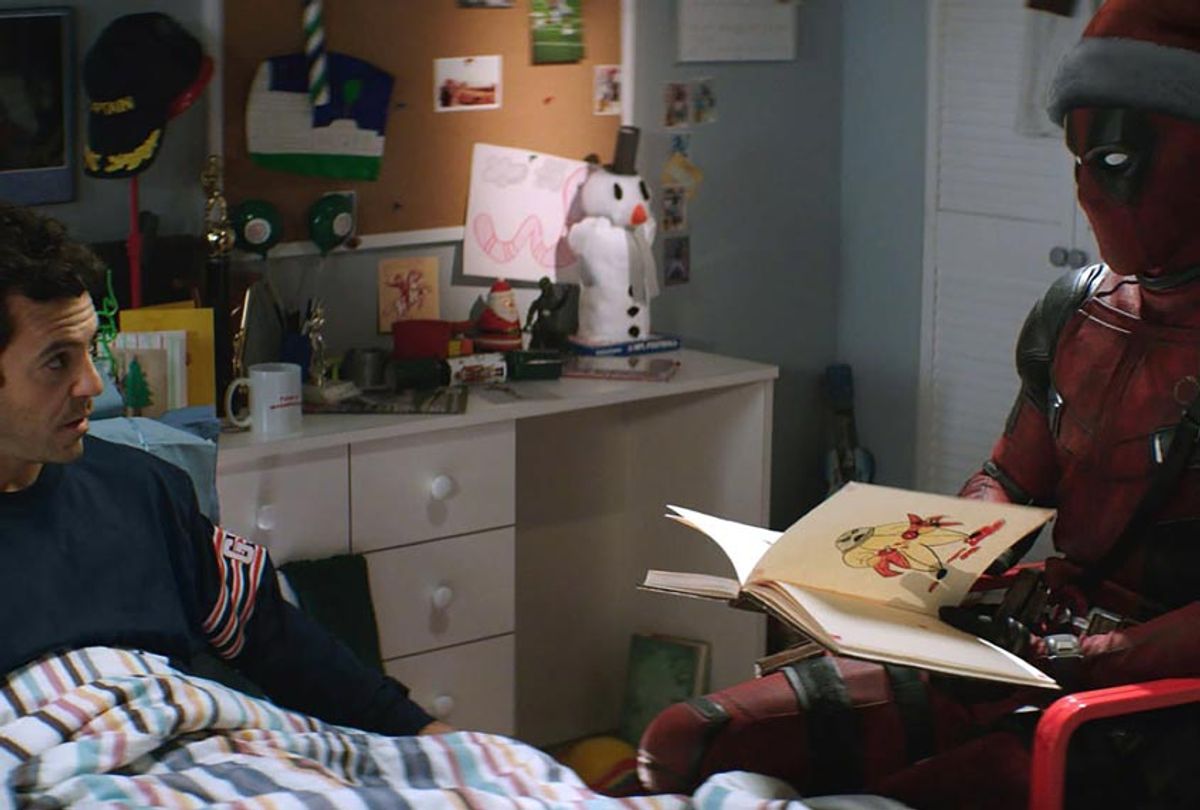 I say this as a fan of the original "Deadpool 2," which I semi-ironically described as "exactly what America needs to lead us into the future": "Once Upon A Deadpool" shouldn't even be a movie.

There is something a bit shameless about releasing this re-cut, tamed-down version of "Deadpool 2" in theaters with merely two thin distinctions from the original. First, and most notably, "Once Upon A Deadpool" is bookended by scenes in which the titular antihero (Ryan Reynolds) reads from a storybook to actor Fred Savage, who is in the same bedroom as his character from the 1987 fantasy "The Princess Bride." The wrap-around story in that movie involved a little boy (Savage) hearing the story contained in the film read aloud by his grandfather (Peter Falk). The Savage-Falk dialogue was sweet and felt authentic, so inevitably the gags here involve making the Savage-Reynolds exchanges as dirty as possible, packing them with meta humor and liberally sprinkling them with vulgarity.

Except the vulgarity doesn't have much bite, which brings us to the second distinction between this movie and "Deadpool 2," and its reason for existing — namely, that most of the swearing, graphic violence and sexual imagery from the original is censored so the film can obtain a PG-13 audience and broaden its audience (read: increase its box office potential).

Even if most moviegoers realize that they'd be better off spending their hard-earned cash to see a theatrical release that isn't simply a repackaged version of a movie from earlier in the year (I'd recommend "Ralph Breaks The Internet"), all Fox needs is a handful of suckers to think that something substantially different is being brought to the table. The notion that the producers spent any sizable sum of money on their reshoots is (forgive me) inconceivable, so this decision will prove profitable if a moderate number of people are fooled. It probably also helps that some parents, like the driver I spoke to in an Uber on the way back from the theater, believe that this version's PG-13 rating makes it more appropriate for children than "Deadpool 2." I assure you that this is not the case: Taking out bad words and images can only do so much with a story like this that is so fundamentally adult-oriented at its core.

Without the ability to be legitimately advertised as a family movie, all that could conceivably recommend this iteration is the strength of the original film (that is, what's left of it) and the new scenes of Savage and Reynolds. As for the former, I'd say that it runs about as well as a hypothetical TV edit of "Deadpool 2" — and just as I wouldn't recommend paying money to see a movie censored for a TV-14 rating, I wouldn't suggest doing that for this one either.

The scenes between Savage and Reynolds are better, but again not worth the price of a ticket. There were a few funny jokes, but there were also excruciatingly unfunny bits, such as when Savage went on a long rant about wanting to either fight or sleep with Matt Damon or when he cried at a supposedly touching reunion between Deadpool and Vanessa (Morena Baccarin).

While "Deadpool 2" may have captured much of what is right with America, the way "Once Upon A Deadpool" is reaching us embodies much of what is wrong — even if the movie itself is, like its predecessor, an entertaining, smart and engaging action comedy.

Had "Once Upon A Deadpool" had been released as a special feature on a DVD or streaming service, my review would be very different. A Venn diagram showing fans of "Deadpool 2" and "The Princess Bride" would probably overlap enough for the gimmick to have a reasonable audience. The fact that some of the Savage-Reynolds jokes don't land wouldn't matter because many of them do, and the parts of the actual movie that survived the PG-13 edits are strong enough to make it an enjoyable watch. If this movie had been released in the same spirit that seemed to drive the short "Deadpool" film "No Good Deed" or the Deadpool cameo on "Honest Trailers" — endeavors that both seemed animated by Reynolds's love of just goofing around in character — I could recommend it as a funny little addition to the "Deadpool" canon, one that "Deadpool 2" fans can check out if they're in the mood for something familiar with just a dash of the creatively different.

Unfortunately, because this movie was released in theaters, a conceit that could have been charming instead comes across as crass. It is partially redeemed by Reynolds' promise that for every ticket sold $1 will go to the F-ck Cancer campaign; if you want to give a little bit to charity while spending a lot more on yourself, there are likely worse ways.