The NRA once seemed all powerful in Washington, but recent developments have weakened it considerably 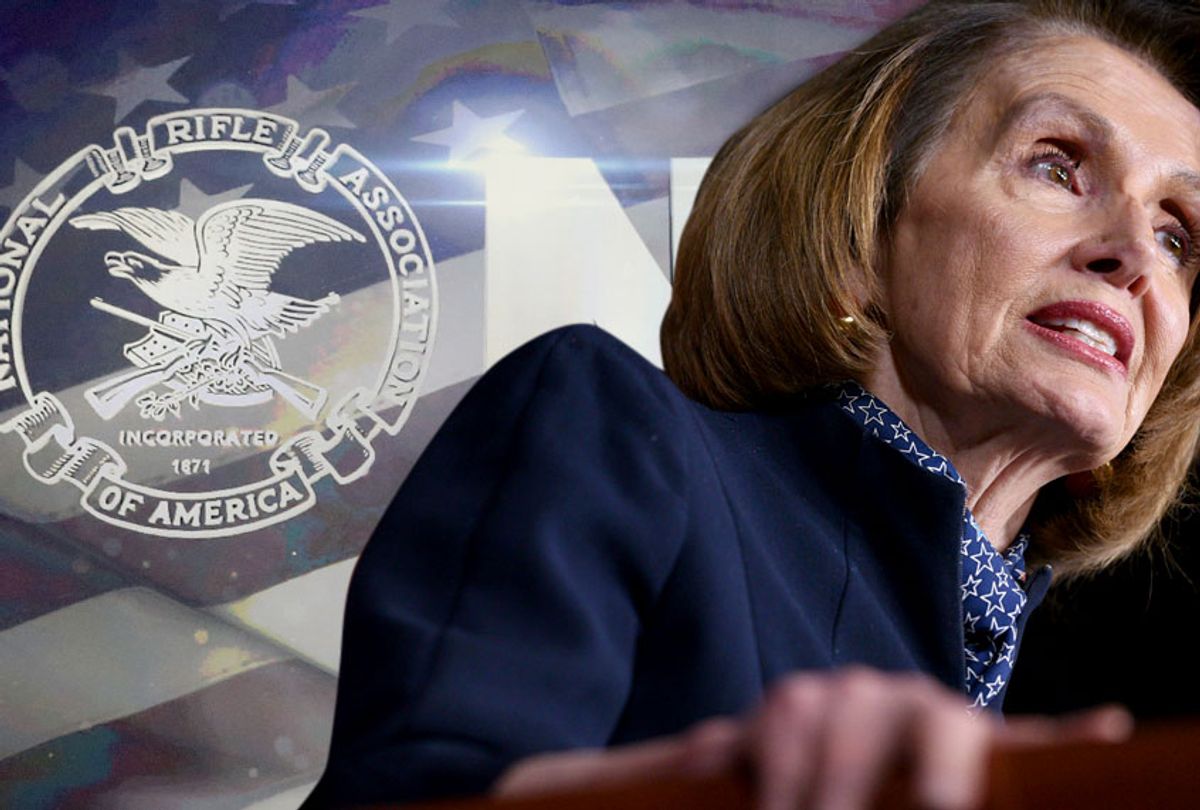 Not too long ago, the National Rifle Association had so much political pull that they could single-handedly torpedo legislation which was nationally popular. Now there are reports that the NRA's best days may be behind it — which means that those of the American people be ahead of them.

Perhaps the most notable development to reinforce this point is that House Democrats plan on making gun control laws one of their top priorities once they retake that chamber in January, according to Politico. The goal is to do this by passing a number of bills on the matter, including one that would strengthen federal background checks. Although the Democrats realize there is very little chance of such a bill being passed in the Senate (which is controlled by Republicans) or signed into law by President Donald Trump, the goal is to at least demonstrate that they have this agenda and present these policies to the American public during the 2020 election.

The Politico piece also described the dire straits in which the NRA finds itself, a situation that may make it more difficult for them to effectively scuttle Democratic legislative efforts as they consistently did when President Barack Obama was in the White House. In addition, a series of bloody gun-related mass crimes in 2018 has turned much of the political climate against them, with polls consistently finding more than half of Americans supporting stricter gun laws since the start of Trump's presidency. Finally, the NRA's success in fundraising has plummeted in recent years, it has had less money to spend during election cycles and they have been ensnared in the Trump-Russia scandal due to their involvement with Russian gun-rights advocate Maria Butina.

E. J. Dionne Jr. of The Washington Post elaborated on this point:

Rosalind S. Helderman, Tom Hamburger and Michelle Ye Hee Lee reported in The Post that the guilty plea entered into last week by Maria Butina, a Russian agent who courted NRA leaders, “has intensified questions about what the gun rights group knew of the Russian effort to shape U.S. policy, and whether it faces ongoing legal scrutiny.”

One of the things we need to know more about: why “NRA spending on the 2016 elections surged in every category.” The bulk of this money went to supporting Donald Trump. As The Post journalists wrote, the key question — which is being posed openly by Democrats but is no doubt also of interest to prosecutors — is “whether the group’s spending spike . . . was tied to its Russian connections.”

Indeed, gun control groups were actually able to spend more than the NRA during the 2018 election cycle, according to The New York Times.

Two groups that are focused on gun control, Giffords and Everytown for Gun Safety, spent at least $37 million at the state and federal level in the midterms, compared with at least $20 million by the N.R.A. The figures are incomplete, because some of the spending done by such groups is not required to be disclosed, but all sides agreed that the N.R.A. was outspent, stemming a trend of financial dominance for the N.R.A. going back years.

It is worth noting that, until the 1970s, the notion that any kind of gun control legislation would automatically violate the Second Amendment was a fringe view. This didn't change until a 1977 coup within the NRA transformed that organization from a mostly apolitical sportsmen's group to an organization that promoted a far right-wing agenda on a number of issues.