Greed and climate-change denial: Pay no attention to the man behind the curtain

At the climate summit in Poland, a revelation: Our nation stands with the petro-tyrants of Russia and Saudi Arabia 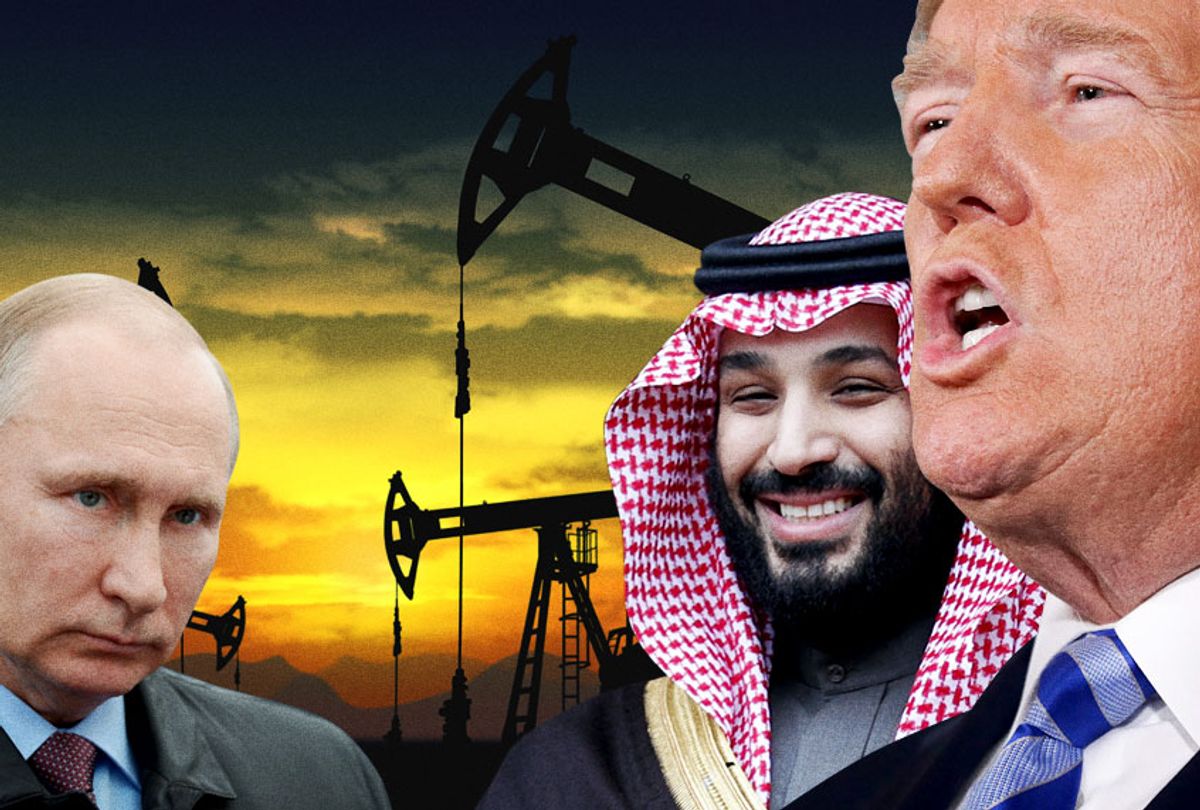 Like Dorothy’s dog Toto at the end of "The Wizard of Oz,” Donald Trump just pulled down the curtain and exposed the ugly reality of climate-change denial: It is driven neither by intellectual skepticism nor ideological disagreement but by pure greed, the greed of those who own -- or are retained by those who own -- oil, coal and natural gas. Climate denial is simply a cynical strategy to perpetuate inflated monopoly prices on fossil fuels.

In Katowice, Poland, for the first time, the global climate denial bloc linked arms publicly. The U.S. and Russia joined Saudi Arabia and Kuwait in cynically dismissing the latest scientific alarm bells. Not over its science: As Trump climate adviser Wells Griffith proclaimed, “We strongly believe that no country should have to sacrifice their economic prosperity or energy security in pursuit of environmental sustainability.” In other words, oil powers are entitled to their profits, at whatever cost to the rest of us.

Behind the curtain, as Katowice makes clear, climate denial is a conspiracy to extend our economic dependence on the fossil fuel monopoly.

Why has climate denial chosen this moment to unveil itself so nakedly? Well, Prince Mohammed bin Salman has adopted a much more aggressive stance for Saudi Arabia than the kingdom’s previous rulers. Trump’s indulgence of Mohammed and Putin has no doubt emboldened them in Poland.

Most important, perhaps, fossil fuel's dominance, and that of oil in particular, is for the first time seriously threatened. Electric transportation, combined with the final phase-out of oil’s role in the power sector, signals a steady price-sapping decline in demand, beginning within only a few years. In the U.S., that threat has already mobilized oil companies, led by Koch and Marathon, to secretly assault emission and fuel economy standards, as well as policy encouragement for electric cars.

Obviously what links Russia, Trump and the Saudis is not Putin’s desire to restore the Russian empire, or Trump’s deregulatory mania, or Prince Mohammed’s fundamentalist Wahhabi Islam.

No, what this unholy four have in common is that three of them are petro-states, and Trump is entirely wedded to the petro-regions within the United States. All of them, in short, need big markets and high demand for oil, although Trump appears to like his crude cheap, while the other three want high prices.

Globally, if electric vehicles take off as expected, by 2030 demand for oil could have shrunk by six million barrels a day – loss at a scale oil producers haven’t faced since the 1970s. That means a huge fall in price. In the last three years, relatively trivial changes in the supply-demand ratio, of less than two million barrels a day, have swung prices up from $30 to $86, and then,  in less than three months, back down to $57. That three-month, $30 slump alone is costing Russia, Kuwait and Saudi Arabia $780 million a day, or $250 billion over a year. The economic stakes from the massive electrification of transportation that is now within the grasp of a global community alarmed by climate change are in the trillions of dollars – and the losers stood up together at Katowice to defend their monopoly.

The United States is a special case. That $55 run-up in oil prices was good for U.S. producers as well as Russians and Saudis – roughly $600 million a day good. But American motorists and shippers paid that bill, topped off by another $450 million a day in increased fuel prices paid for imported fuel. So U.S. transportation costs were pushed up $1 billion a day by the oil price spike – the equivalent of a gas tax increase of more than $1 per gallon. The recent price decline has cut that bill roughly in half. Again, U.S. and foreign producers are sharing the pain, so cheaper oil is clearly overall very good for the U.S. economy.

Thanks to Donald Trump, we no longer need to wonder what ideological (much less scientific) perspectives lie behind climate denial. There may indeed be individuals who for ideological or religious reasons are uncomfortable admitting that carbon pollution emitted by our economy is altering the way the weather works and warming the climate. But those individuals are being carried along by a much darker set of forces: Those who profit, politically and financially, from human dependence on fossil fuels to run their economies.

Oscar Zoroaster, the Kansas con man who became the Wizard of Oz, at least had the Midwestern common sense to know that he needed to hide his fakery behind a curtain. Two years in the White House has so puffed up President Trump that he played Toto to his own con, pulling down the curtain that concealed the oily, intimate bond between our nation and the world’s most dangerous petro-powers.

But as with Oz, we recognize all too well the president’s tone when he tells us to pay no attention to the man behind the curtain. It’s the voice of a con artist who's been found out.