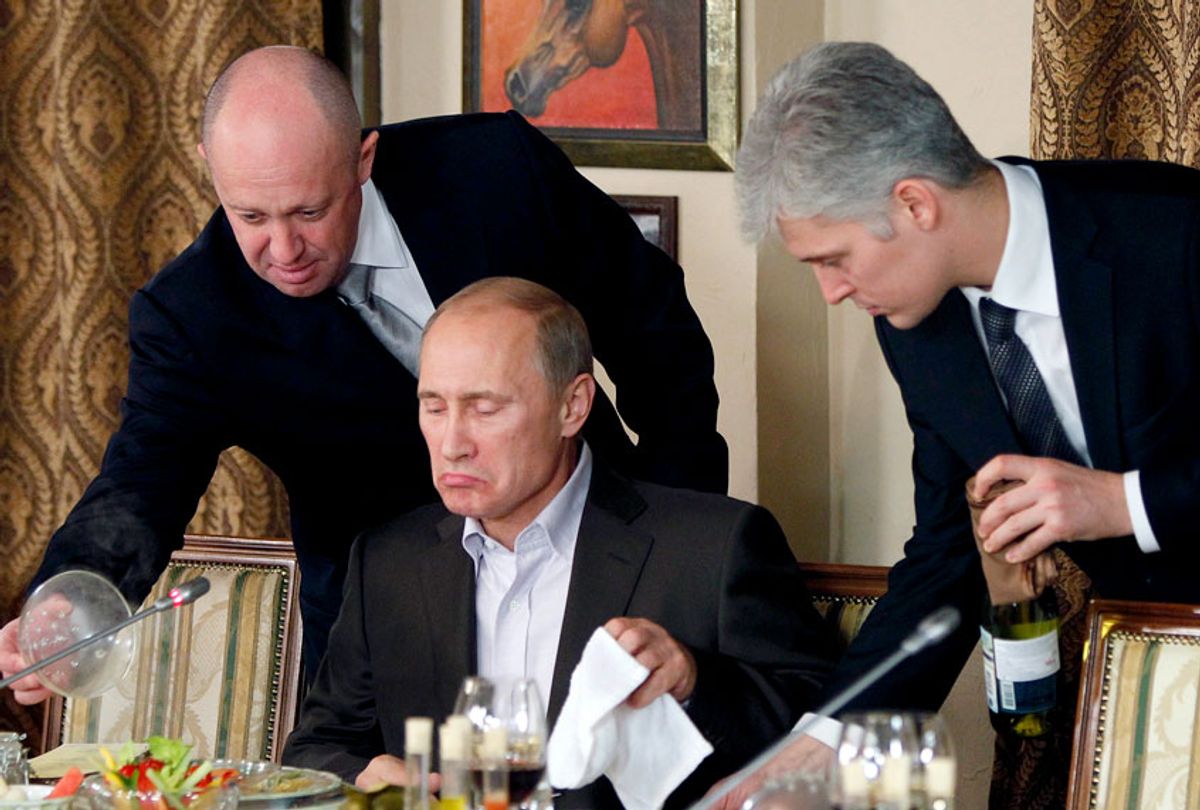 Russia targeted African-Americans through social media in an attempt to suppress voter turnout from the reliably Democratic voting bloc, boost Donald Trump's candidacy and hurt his Democratic rival, Hillary Clinton, during the 2016 presidential election, according to a report produced for the Senate Intelligence Committee.

The New York Times reports that Russia used Instagram as part of its voter suppression tactics — an effort it said "rivaled or exceeded" its attempts to influence voters through Facebook, which owns both social media platforms.

The Russian influence campaign was run by the Internet Research Agency, a St. Petersburg-based company owned by businessman Yevgeny Prigozhin, who is a close ally of Russian President Vladimir Putin, according the report from New Knowledge, a cybersecurity company based in Austin, which was obtained by the Times. More than one dozen of the company's employees were indicted last February as part of special counsel Robert Mueller's ongoing investigation into Russian meddling in the 2016 presidential election.

"The most prolific I.R.A. efforts on Facebook and Instagram specifically targeted black American communities and appear to have been focused on developing black audiences and recruiting black Americans as assets," the report said.

However, the Times reported, the Internet Research Agency "spread its messages not only via Facebook, Instagram and Twitter, which have drawn the most attention, but also on YouTube, Reddit, Tumblr, Pinterest, Vine and Google+, among other platforms." The agency, the Times noted, attacked Americans using "almost exclusively high-tech tools created by American companies."

The New Knowledge report does not explain why there was such a heavy focus on African-Americans, but it does, however, note just how extensive that effort was, according to the Times. "Other distinct ethnic and religious groups were the focus of one or two Facebook Pages or Instagram accounts, the black community was targeted extensively with dozens," the outlet reported.

The Internet Research Agency also reportedly "created a dozen websites disguised as African-American in origin, with names like blackmattersus.com, blacktivist.info, blacktolive.org and blacksoul.us." In addition, "Facebook ads were targeted at users who had shown interest in particular topics, including black history, the Black Panther Party and Malcolm X. The most popular of the Russian Instagram accounts was @blackstagram, with 303,663 followers."

"Very real racial tensions and feelings of alienation exist in America and have for decades. The IRA didn’t create them. It exploits them," New Knowledge director of research Renee DiResta told the Times about the report.

She added that the Internet Research Agency "leveraged pre-existing, legitimate grievances wherever they could."

The report comes as Mueller continues his investigation into Russian hacking and election interference. U.S. intelligence agencies have concluded that Russia engaged in a sustained cyber effort to alter the trajectory of the 2016 presidential election and undermine U.S. democracy. In July, Mueller's team indicted 12 Russian intelligence officers in a sustained effort to hack the computer networks of the Democratic National Committee, Clinton's presidential campaign and the Democratic Congressional Campaign Committee in the weeks ahead of the 2016 election.