Charges against the two former associates were unsealed Monday in a federal courtroom in Alexandria, Virginia 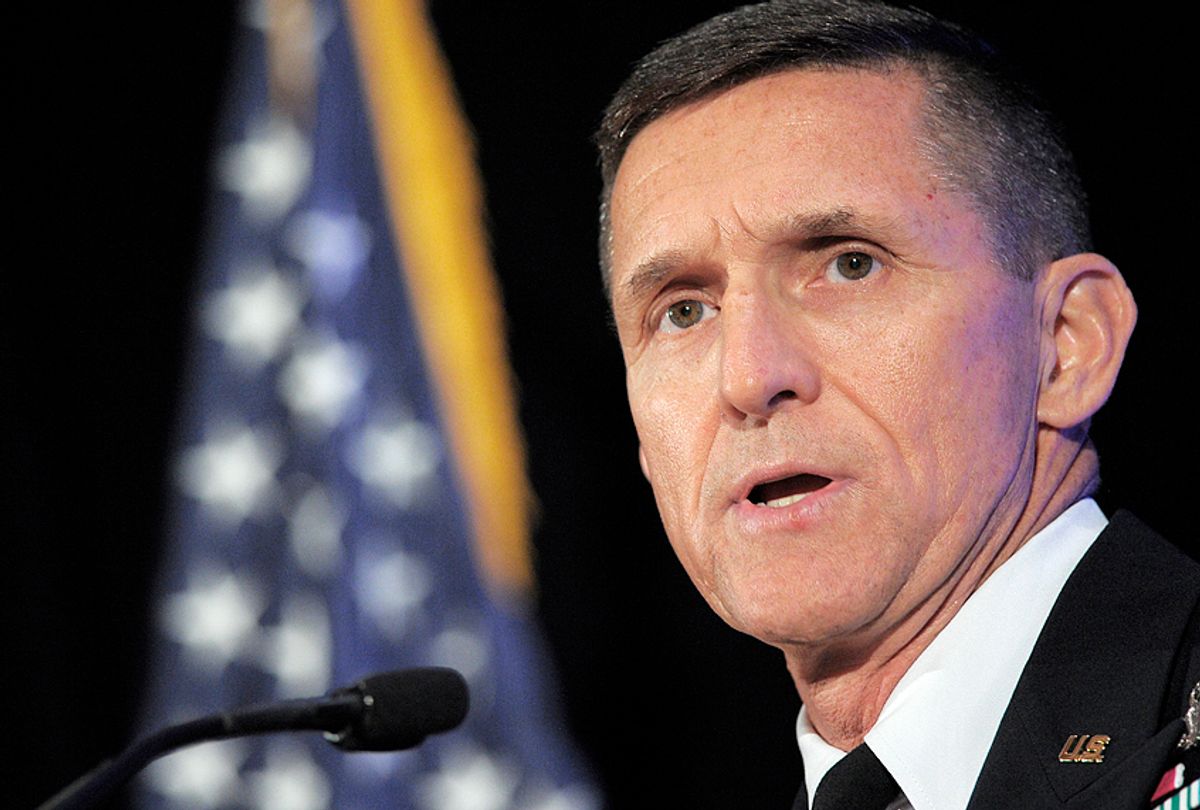 Charges against the two former associates, Bijan Rafiekian, also known as Bijan Kian, and Ekim Alptekin, were unsealed on Monday in a federal courtroom in Alexandria, Va. — the day before Flynn is set to be sentenced for lying about his communications with Russian officials as part of special counsel Robert Mueller's investigation into Russian interference in the 2016 presidential election.

Kian and Alptekin were charged with conspiracy to work as unregistered agents of a foreign government. Alptekin was also charged with three counts of lying to the federal agents, court documents reveal. Kian appeared in federal court, while Alptekin remains overseas.

Flynn is identified in the indictment as "Person A," according to the court documents. Flynn, Alptekin and Kian were allegedly involved in a scheme to boost support among American politicians to extradite Gülen, who the Turkish government blamed for instigating a failed coup in 2016, back to Turkey. Gülen has been living in self-imposed exile in Pennsylvania, NBC News reports. Turkey's foreign minister said on Sunday that the Trump administration is "working on" Gülen's extradition.

"I just finished in Ankara after several meetings today" with Turkish ministers, Alptekin wrote to Kian and Flynn, according to the indictment. "I have a green light to discuss confidentiality, budget and the scope of the contract."

The defendants used Flynn's lobbying firm, the now-defunct Flynn Intel Group, to damage Gülen's reputation, according to the indictment, which refers to the firm only as "Company A." The pair sought to conceal that the work was, in fact, directed by the Turkish government, federal prosecutors said. However, not only did Turkish cabinet-level officials approve the budget for the project, but Alptekin "provided the officials updates on the work and relayed their directions on the work to Rafiekian, Person A and others at Company A," the Justice Department said in a statement.

The scheme included using a Dutch company owned by Alptekin to appear to be the "client" of Flynn's firm and pay the company's fee of $600,000 in three installments, according to the indictment. Alptekin allegedly made the payments to Flynn's firm from an account in Turkey.

"The indictment alleges that, after Alptekin made the payments to Company A, it was to kick back 20 percent of the payments to Alptekin's company in the Netherlands, and two such kickbacks were made," the Justice Department said in a statement.

Flynn has come under intense scrutiny by federal prosecutors over his lobbying firm's failure to disclose its work on behalf of foreign governments. The former national security adviser is scheduled to appear for sentencing at 11 a.m. ET on Tuesday. He pleaded guilty in December 2017 to a charge of lying to the FBI when he was questioned on Jan. 24, 2017, about his conversations with Russian ambassador Sergey Kislyak in the weeks before Trump took office. He has been cooperating with investigators. Prosecutors recommended that Flynn receive no jail time as a result of his cooperation.