Shaima Swileh was previously unable to travel to the U.S. because of President Donald Trump's travel ban 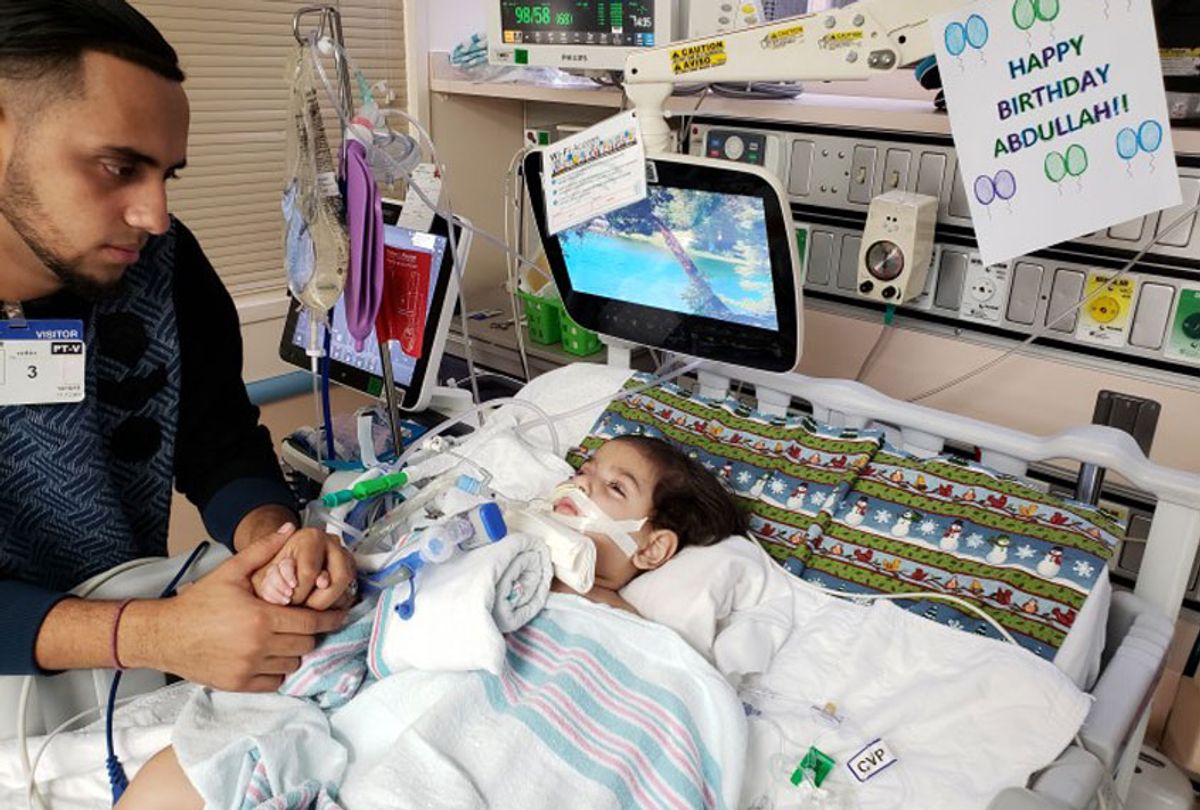 The U.S. State Department granted a Yemeni mother whose two-year-old son is on life support in an Oakland hospital a waiver Tuesday to travel to the U.S., according to representatives with the Council on American-Islamic Relations.

Shaima Swileh, the mother of two-year-old Abdullah Hassan, was previously hindered from coming to the U.S. to say goodbye to her son because of President Donald Trump's travel ban, which bars individuals from several Muslim-majority countries from entering the country.

"This is the happiest day of my life," Hassan said in response to the news. "Just last week, I was about to pull him off life support and CAIR-Sacramento Valley stepped in to help. I can't thank them enough and all those who answered the call to help our family. I want to thank UCSF Benioff Hospital for the loving care they have provided my son. This will allow us to mourn with dignity."

Abdullah was born with a rare brain disease that affected his ability to walk and caused weekly seizures, according to his father Ali Hassan. The boy's condition is not improving, and his father has been pleading with consular offices to expedited his wife's visa application so that she would be able to see her son one last time.

"All she wishes is to hold his hand for the last time," Hassan recently said, referring to his wife. "If I could take him off the ventilator and to the airplane, I would take him to her. I would let her see him, but he won't make it."

Hassan is a U.S. citizen who lives in Stockton, Calif. His son was born in Yemen, but later became a U.S. citizen. His wife, Swileh, is a Yemeni national, who currently lives in Egypt.

Hassan brought his son from Cairo to the U.S. for medical treatment about five months ago, according to the San Francisco Gate. That was reportedly the last time the mother saw her sick child.

Trump introduced the first version of his travel ban just days after taking office in January 2017. The executive order was met with intense scrutiny and massive protests. It was quickly frozen by the judicial system before the most-recent version was upheld by the Supreme Court this summer. The ban prohibits U.S. entry by citizens from five Muslim-majority countries: Iran, Libya, Somalia, Syria and Yemen. Citizens from those countries can request a waiver from the ban, but so far exemptions have been rare. Only two percent of waivers have been granted, according to Reuters.

Swileh is scheduled to arrive in San Francisco on Wednesday evening. CAIR representatives are scheduled to hold a short press conference following her arrival. Money secured through a fundraising effort will pay for her flight and the boy's funeral, CNN reported.

"We request that media and supporters offer her privacy when she arrives tomorrow night," CAIR-SV Civil Rights Attorney Saad Sweilem, who is representing the family, said in a statement. "She is a grieving mother who hasn't seen her child in months."

"We are so relieved that this mother will get to hold and kiss her son one last time. The public outpouring of support for this family was incredible. Our happiness for the family is tempered by the imminent loss of Abdullah and the fact that he could have been receiving comfort from his mother for many additional days or weeks if the U.S. government had not enforced its racist Muslim ban or if eEmbassy staff had not required a massive public mobilization to commit an act of humanity," Sweilem added. "There are still many more families being separated and many more lives at stake due to the xenophobic policies of this administration."