"Trump will just have been a joke presidency who scammed the American people . . . He'll have no legacy whatsoever" 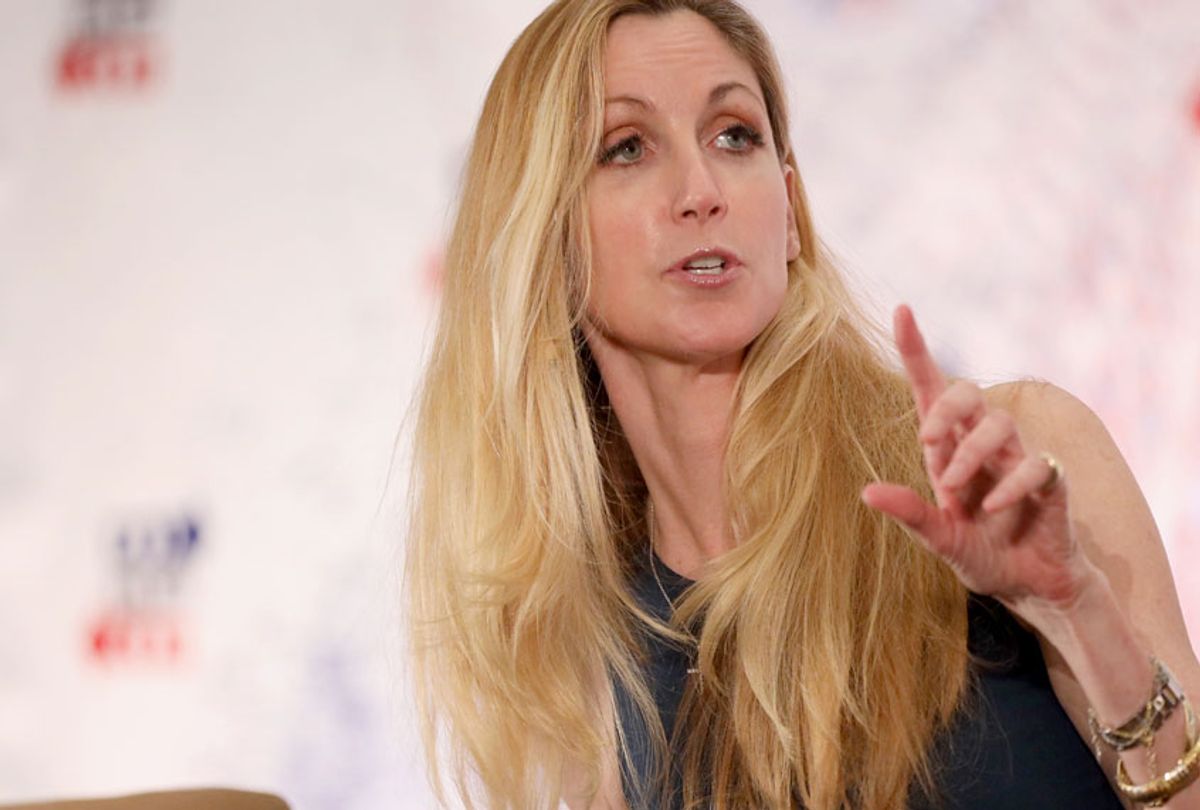 Right-wing pundit Ann Coulter railed against President Donald Trump's apparent softening stance on securing the funds he claims are necessary to build a wall along the U.S.-Mexico border, declaring that the president will have "no legacy whatsoever" if it does not get the infrastructure built.

"They're about to have a country where no Republican will ever be elected president again," Coulter said in a Wednesday interview with the Daily Caller. "Trump will just have been a joke presidency who scammed the American people, amused the populists for a while. But he'll have no legacy whatsoever."

When asked whether she would vote for Trump in 2020 if he cannot secure funding for his long-promised border wall, Coulter, who was an ardent Trump supporter in 2016, said "no."

"Nor will, I think, most of his supporters. Why would you?" she continued. "To make sure – I don't know – Ivanka and Jared can make money? That seems to be the main point of the presidency at this point."

The White House this week appeared to pull back on Trump's shutdown threats. Last week, the president said he would be "proud" to shut down the government if Congress does not agree to fund his border wall and offered to take full responsibility for it. However, White House Press Secretary Sarah Huckabee Sanders on Tuesday revealed that Trump had asked every federal agency to contribute to the $5 billion in border wall funding that he has requested from Congress.

"We are looking at existing funding through other agencies right now that we can draw on to do that immediately," Sanders said during the press briefing.

Trump and Congress must agree to a new government spending package by Dec. 21. If a compromise cannot be reached by then, large parts of the federal government will shutter. The Department of Defense, however, is funded through the end of next September.

Senate Majority Leader Mitch McConnell (R-Ky.) on Wednesday introduced  a short-term spending bill to fund the government through Feb. 8, 2019, in an attempt to avert a partial government shutdown this week. In remarks on the Senate floor, McConnell said the measure, known as a continuing resolution, or CR, would "ensure continuous funding for the federal government" and "provide the resources necessary to continue normal operations through February the 8th."

If the short-term resolution is approved by the House of Representatives and the Senate, it would make its away to the president's desk for his signature and prevent a partial government shutdown when funding expires at midnight on Friday. For now, Congress remains in a race against the clock.