Zinke hightails it out of town

The interior secretary rides away, just ahead of the law 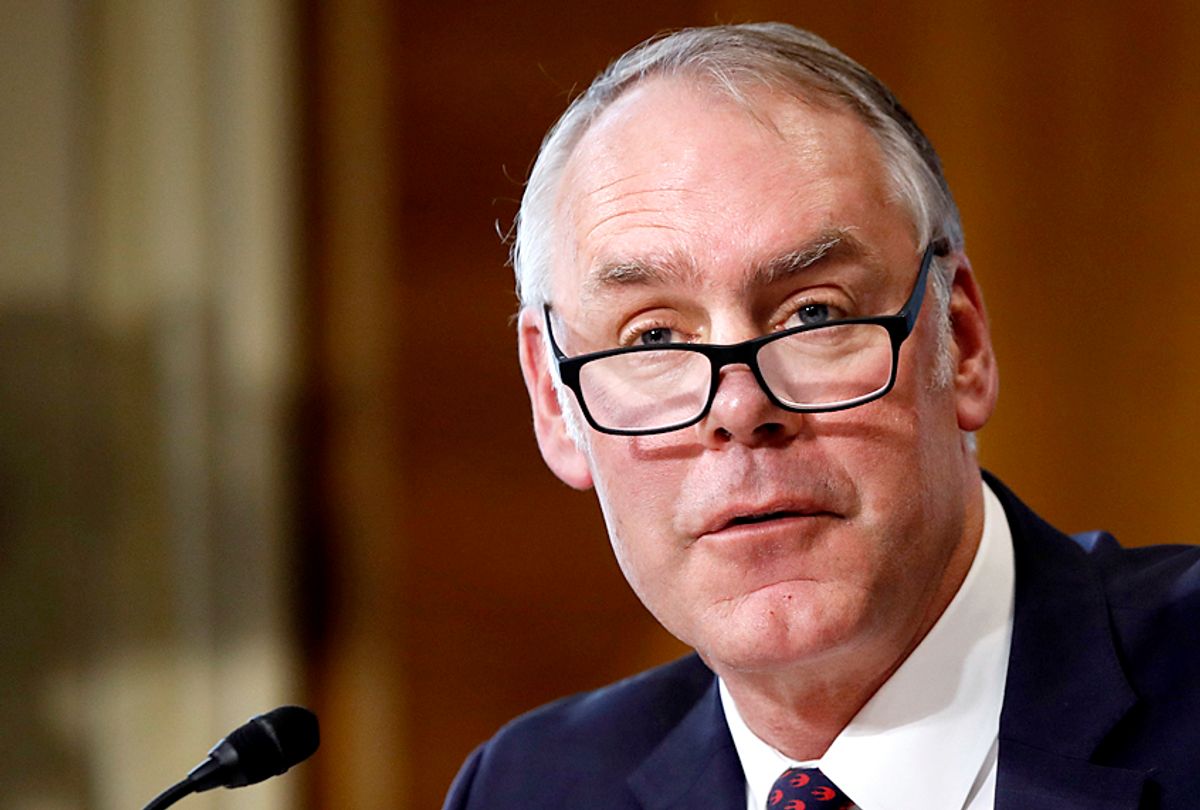 Goodbye Ryan Zinke, and not too soon.

The Interior Secretary is out, the latest in the ever-changing lineup in the Trump administration, but once again, like former Health and Human Services Secretary Tom Price, EPA administrator Scott Pruitt and others, probably for the wrong reason. Zinke has been the subject of at least 15 investigations for abuses of misuse of government funds and personal privilege, just as with Price and Pruitt.

But the better reason for ditching Zinke has been his insistence on throwing out the “public” in public lands to pave the way directly for fossil fuel companies and mineral miners to reclaim a huge number of public park acres for business use, and virtually the entire U.S. coastline (except for waters off Florida) to open them to oil drilling.

Zinke has been an unabashed tool for the Trump administration’s campaign to undo environmental regulations on behalf of oil and drilling interests. The policy seems unlikely to change since the departmental deputy, David Bernhardt, a former oil lobbyist, is expected to step in as acting head of the department.

Trump reportedly has been looking at replacing a number of other cabinet officials. Word keeps circulating that Commerce Secretary Wilbur Ross, will be leaving, as well as Betsy DeVos, the education secretary. Most of those leaving have faced questions of ethical conflict.

Zinke, a former Montana congressman and member of the Navy SEALs known for riding a horse through Washington on his first day in office, oversaw mineral extraction and conservation on roughly 500 million acres of public land. He had become the subject of several federal investigations, one of which his department’s top watchdog has referred to the Justice Department, a potential step toward a criminal investigation.

Along the way, Zinke stepped on decisions by the Obama and Clinton administrations to open new national monuments areas in the West, including Bears’ Ears in Utah, which Zinke reduced massively to allow business development.

While Zinke officially resigned, it was clear that he was being forced out. Trump had been saying for weeks that he was looking at the allegations involving Zinke.

As The New York Times noted, Zinke “ran the office with a swaggering flair that won him the admiration of the president and conservative Westerners, many of whom applauded his effort to move major department operations to places like Denver or Boise, Idaho. But his style also drew derision from the environmental community and the quiet mockery of many career staffers in his own agency. In Washington, he flew a special interior secretary flag above the Interior building when he was present, and he often skipped a coat and tie for fishing shirts and boots. Beyond the capital, he hiked and rode across landscapes in a cowboy hat, even as he pushed plans to drastically reduce monument boundaries.”

Throughout, Zinke has been aggressive and unrepentant. “Zinke chose to attack his critics rather adopt a more chastened tone. Late last month he accused Rep. Raúl M. Grijalva (D-Ariz.) — who had called on Zinke to step down and is poised to take over the committee that oversees Interior in January — of being a drunk.”

In all, it was a two-year tenure that reduced access of the public to national parks, cut the size of public monument areas, and generally used the position for the advancement of corporate interests.

Apparently, even to Trump, Zinke made America — and his own family — a little too great.