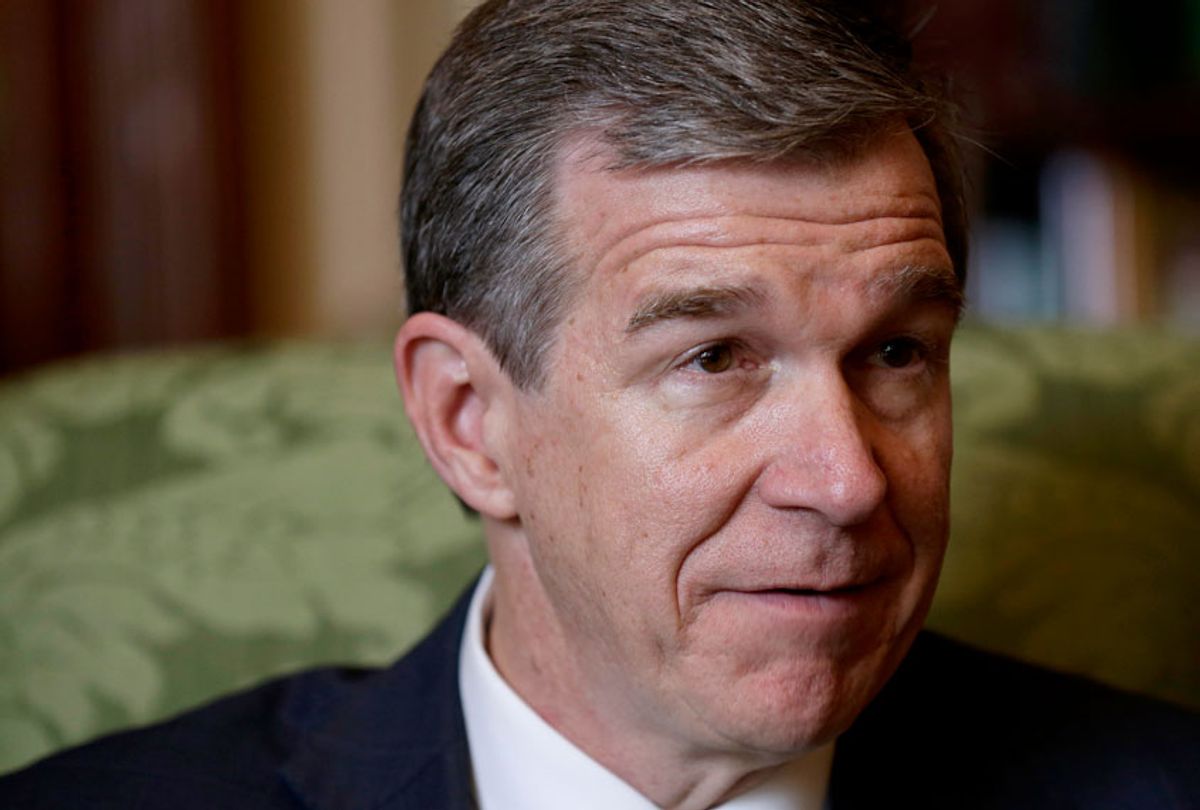 The law implements a constitutional amendment that was approved by a voter referendum in November. Roughly 55 percent of voters backed the law.

Republicans accused Cooper of ignoring the will of the people by vetoing the law, which the governor called a “sinister and cynical” attempt to suppress poor, elderly and minority voters.

"You have betrayed the majority of the hard-working, honest people of North Carolina who put this provision into our constitution," Republican state Rep. Jimmy Dixon said of Cooper. "You should hang your head in shame."

The law replaces a 2013 attempt to enact voter ID requirements which was struck down by a federal court before the Supreme Court refused to hear an appeal.

The new law increases the number of forms of identification that can be used, which now include college student IDs, tribal enrollment cards and employee ID cards for state and local governments. The new law also creates a new free voter photo card that voters can get from their local county elections board. Those without an ID would be able to cast a provisional ballot. State election officials will also determine how to apply ID rules to voters who want to cast mail-in absentee ballots.

The law was challenged in a Wake County court minutes after Republicans overrode Cooper’s veto.

Six voters, who are all either African-American or biracial, argue that the law would harm black and Native American residents disproportionately and creates a burden on the ability to vote. The lawsuit also said the law imposes a financial cost to voting by resulting in lost work times and requiring transportation to obtain an ID card.

"The General Assembly has simply reproduced the court-identified racially discriminatory intent it manifested a mere five years ago when it enacted a very similar voter ID requirement," the lawyers for the voters said, according to the Charlotte Observer. Some of the legal team had worked to defeat the previous version of the voter ID law, which took four years of court battles.

"The only reason that you can give (for the law) is to suppress the vote," longtime civil rights activist and Democratic state Rep. Mickey Michaux told the outlet.

The previous law was rejected as part of a larger set of election laws that a federal court said “targeted African-Americans with almost surgical precision.”

Michaux compared the new law to the literacy tests used to prevent African-Americans from voting, which is still in the state constitution but is unenforceable under federal law.

“You don’t have a right to take away my right or anybody else’s right because they can’t supply you with a photo ID,” Michaux told the News & Observer. “It looks like history is going to repeat itself.”

“The Republicans are the party of emancipation,” Collins said. “I get tired of getting blamed for things the Democrats have done.”

Democratic Rep. Grier Martin shot back: “The racists left the Democratic Party and went to the party where they could oppose African Americans voting.”