In the 21st century, online trolling is the final cold comfort for the mediocre white man 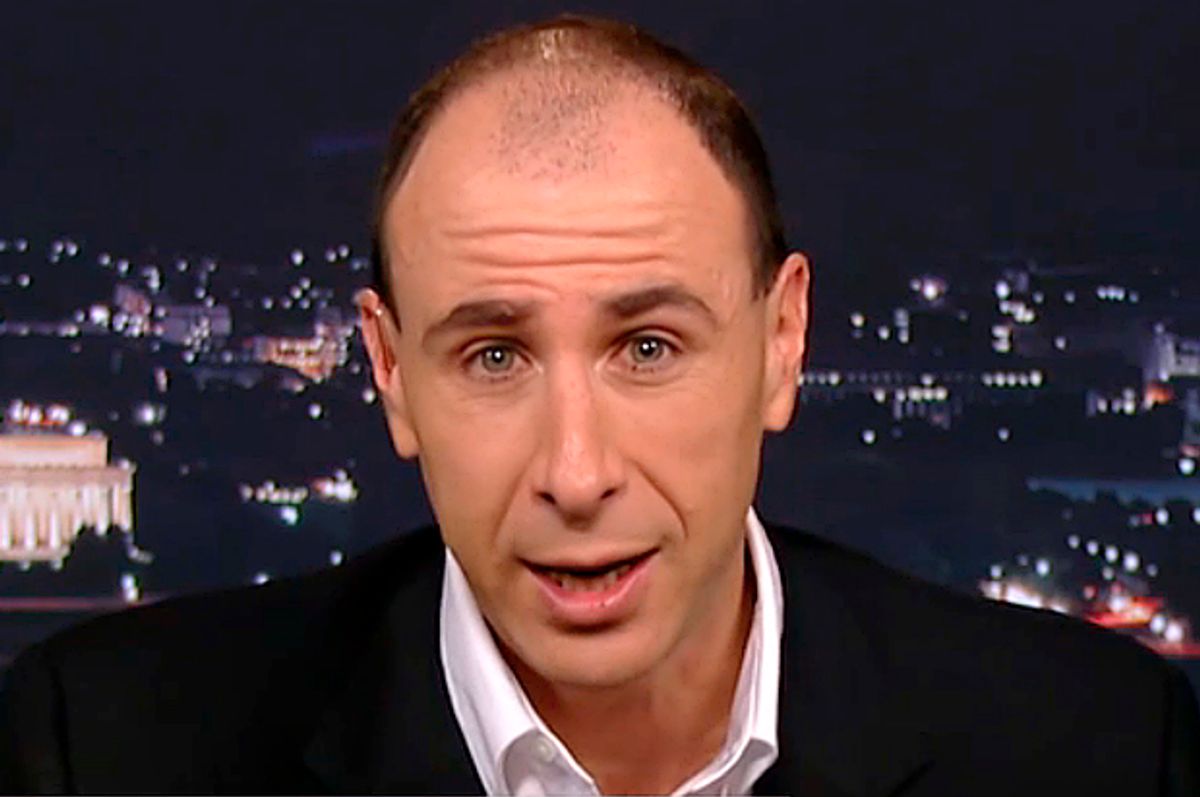 Is there a German word for when a presumptive scab confirms your lowest expectations?

The writers and editorial staff at New York Magazine have formed a union, joining a veritable organizing wave in digital and traditional news media. Nearly 80 percent of the workers have signed union cards and are asking management to voluntarily recognize their union.

Longtime columnist Jonathan Chait did not sign a union card, and rushed to Twitter this week to lick management’s boots, because of course he did. The liberal-in-his-own-mind columnist has spent the last few years — before Fox News inevitably invites him to be one of its resident “liberals,” where he can ride out his shambles of a career — lazily defending neoliberalism and Nazis’ rights to free speech.

Less than 24 hours after throwing his colleagues under the bus, Chait took again to Twitter to whine that only three scorching hot takes had published about his profile in cowardice. “Feels like the left is really undercovering this issue,” complained the cork-screw soul (to borrow from Jack London’s poetic description of the “awful substance” that makes a scab).

Patriotism may be the last refuge of the scoundrel, but in the 21st century, online trolling is the final cold comfort for the mediocre white man.

Jonathan Chait is a small man in some ways, a small, petty man. In March of 2016, Tyler Zimmer took the columnist to task for a piece for In These Times titled, “Why Jonathan Chait Is Wrong About Marxism, Liberalism and Free Speech.” Chait literally spent the night of its publication cranking out a bunch of tired Cold War basement noise in response, which was published the following day.

So, I have the rare pleasure as a writer of knowing that I have what the union-busting consultants that Chait’s bosses have likely hired call a “captive audience.”

I’m not really going to bother with the substance of Chait’s derpa derping about unions and profit-sharing or whatever. The man doesn’t know what he’s talking about and refuses to actually learn anything about what he’s talking about. He’s the platonic ideal of a dipshit columnist. Ping me when he gets some sort of “woke” epiphany in a sandwich shop.

Instead I’ll say this: In my experience as a union organizer — not just for blue-collar workers who hacks like Chait might condescendingly acknowledge “deserve” a union, like maintenance contractors and hotel room attendants, but largely for white collar professionals like university professors, post-docs and charter school teachers — I’ve found that those who are quickest to carry water for management are usually afraid they will be outed for being overpaid for what little they contribute to the enterprise.

Hilarously, Chait reveals his misunderstanding that pay equity for “lower-earning workers” would come “at the cost of more established staffers like myself.” That’s almost certainly not going to be the case. From professional sports to higher education, the higher paid workers tend to make out like bandits in collective bargaining, even if they sit on the sidelines during the really tough fights.

But, as a part of the collective bargaining process, Chait’s colleagues are going to learn how much money he earns — and it’s going to be laughable compared to how little intellectual rigor he puts in to informing the opinions he’s paid to write about.

Jonathan Chait, I hope you don’t sign a union card. I hope your anachronistic anti-union stand destroys the last few shreds of your credibility. I hope this is when we all collectively agree to start ignoring you.

You demonstrate a remarkable lack of intellectual curiosity for an opinion writer. As the political ground shifts beneath your feet, you steadfastly refuse to engage with the nature of liberalism and capitalism and the actual ideas of those of us who struggle for a 21st century socialist project. Instead you do the lazy middle-aged man thing of believing your opinion to be fact, and backing that up with stuff you half-remember pretending to read in college. Your schtick has worn thin and you are on the wrong side of history.

Oh, what a writer with intellectual curiosity and a deep Rolodex could do with the column inches that are wasted on your left-punching shadow-boxing! The campaigns that could be highlighted! The game-changing activists who could be lifted up!

To the editors at New York magazine, let this serve as my declaration of interest to take Jonathan Chait’s place. Of course, I would sign a union card, but you should just hurry up and recognize the union before Chait gets the chance to publish another piece of crap. And if you don’t hire me that’s basically an unfair labor practice charge that I’m already drafting in my mind.