Tsunami in Indonesia leaves at least 222 dead, over 800 injured 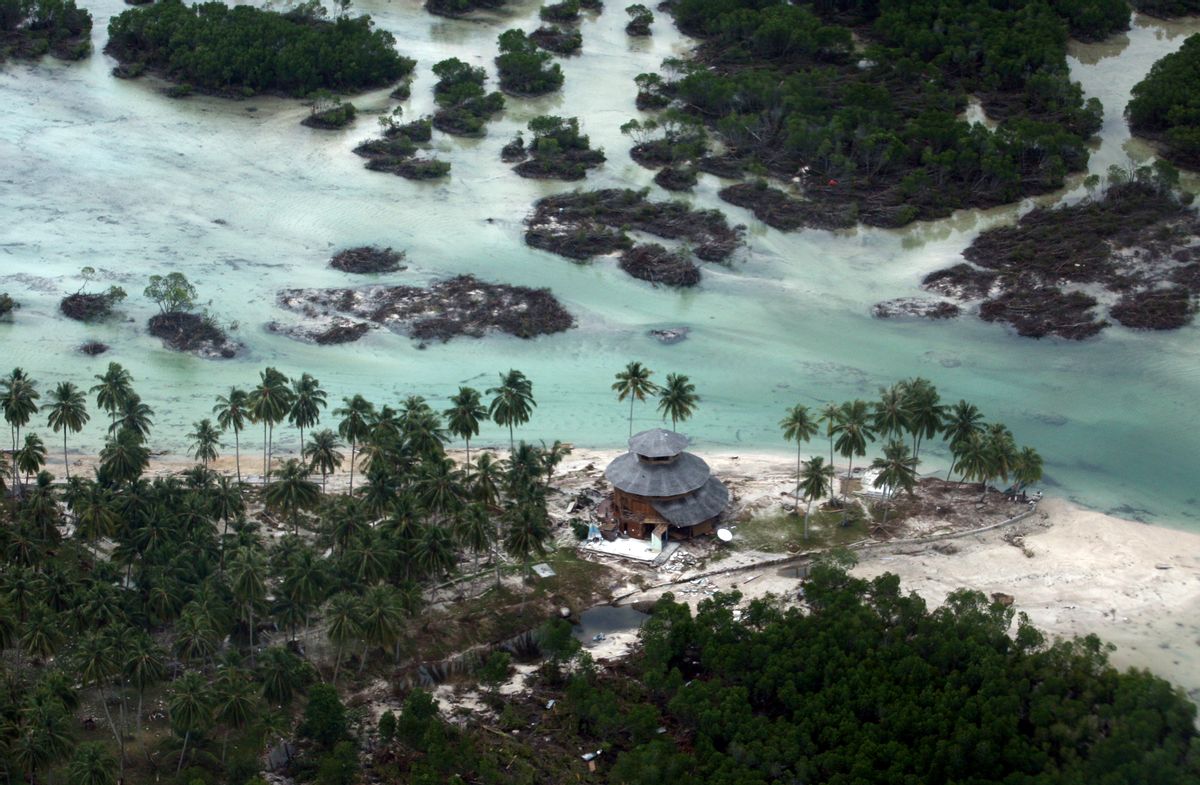 FILE- This Oct. 27, 2010 file photo shows an area ravaged by a tsunami on Mentawai island, Indonesia. Indonesia's tsunami detection system, made up of seafloor sensors that communicate with transmitting buoys on the surface, has been rendered useless by vandals and lack of funding. Now Indonesian and U.S. scientists say they’ve developed a way to dispense with the expensive buoys and possibly add crucial extra minutes of warning for vulnerable coastal cities. (AP Photo/Achmad Ibrahim, File) (AP)
--

A devastating tsunami in Indonesia has left at least 222 people dead and more than 800 others injured.

The tsunami struck the eastern part of Java, one of the islands that makes up the 264 million-strong country, on early Sunday morning, according to ABC News. It is believed that these numbers are going to rise as more information comes in about the catastrophic effect of the tsunami, although it has at least been confirmed that the regions of Java most hard-hit by the natural disaster were Pandeglang, Serang and South Lampung. This information was provided to the press by Sutopo Purwo Nugroho, head of public relations for the Indonesian National Disaster Mitigation Agency. Nugroho also says that at least 430 houses and nine hotels were badly damaged by the tsunami, and that the Pandeglang region of Banten province in Java was the area most affected by the cataclysmic event.

Indonesia's Meteorological, Climatological and Geological Agency believes that the tsunami was due to a landslide caused by the recent eruption of Anak Krakatau, an island volcano that emerged in 1927 from the caldera that resulted from the infamous Krakatau eruption of 1883. This island has been the source of a number of eruptions in the 91 years of its existence, with the most recent one garnering international attention in October.  Lava bombs from that eruption nearly hit a tour boat at the time, according to The Guardian.

"I want to express my deep sorrow for the victims in Serang, Pandeglang and Banten Provice. May those who are left be patient," Indonesian President Joko Widodo said in the aftermath of the Sunday eruption. Widodo also released a Twitter statement in which he reiterated his condolences and said that he had ordered the government to immediately begin emergency response measures including finding victims and caring for the wounded.

One incident from the tsunami has caught international attention because it was captured in a widely-viewed YouTube video — that of a concert being held on Tanjung Lesung Beach being suddenly interrupted by the unexpected massive wave.

The band, Seventeen, was playing its second song of a set when the wave burst through a backdrop behind the stage, crashed into the drummer, his drum set and the rest of the musicians, and swept the stage into the audience.

The group reported that the bass player and the road manager had been killed. The lead singer, Riefan Fajarsyah, fighting back tears in an Instagram post, said that his wife, two other band members and a crew member were missing.

The band was performing at a gathering for families of employees of Perusahaan Listrik Negara, the state electricity company. Company officials said that 14 people attending the event had died and that 89 were missing.