Why are these labor unions opposing Medicare for All? 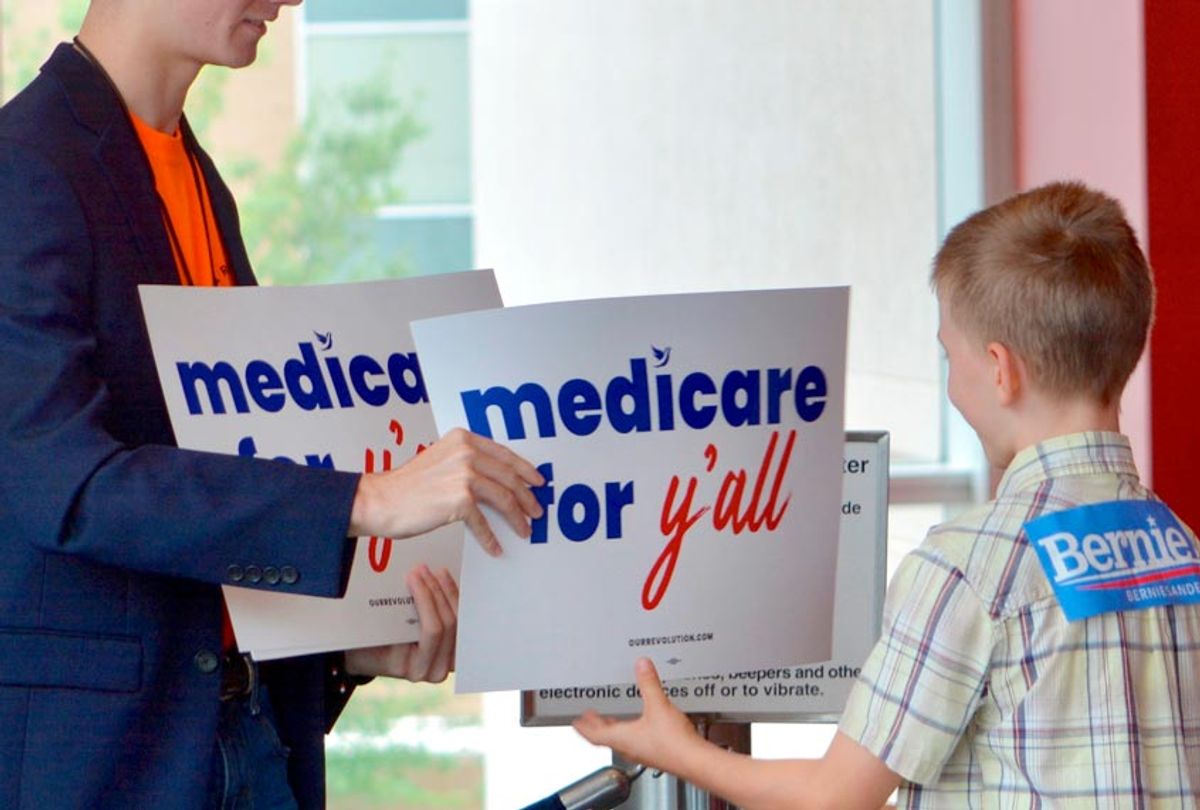 For seven years, healthcare activists in New York have been pushing the New York Health Act, a single-payer bill that would provide statewide universal health coverage. Hopes for the bill’s chances were buoyed this year, as a new class of Democrats won election to the state legislature. But now the plan’s path forward could be called into question, thanks to opposition from labor unions in the state.

A recent Politico story reports that several New York City municipal unions, part of an umbrella group called the New York City Municipal Labor Committee, have serious qualms about the bill. Together, city unions represent some 380,000 public employees. Meanwhile, a number of more conservative unions — including the The New York State Building & Construction Trades Council and the Uniformed Firefighters Association of Greater New York — are outright opposing the proposal. These unions have joined a new initiative called “Realities of Single Payer” — backed by a coalition of healthcare industry and business groups — that seeks to kill the legislation.

Such moves reflect a complicated relationship between the labor movement and the fight for Medicare for All, which is playing out in various ways at both the state and national levels.

While unions comprised of nurses and healthcare workers have numbered among single payer’s most dedicated backers, many others maintain relative neutrality. The AFL-CIO officially endorsed the policy in 2009, but many activists characterize labor support as existing largely on-paper. The story of 20th-century healthcare reform in America, however, makes a persuasive case that mobilizing organized labor remains a decisive factor when it comes to changing healthcare policy.

If history is any indication, the prognosis for Medicare for All may well rely on enthusiastic labor support. In the 1940s, labor became a major backer of universal healthcare. By the early 1950s however, after several years of hard-fought bargaining for members’ healthcare through private employers, organized labor shifted its energies away from the battle to pass national health insurance. By the 1960s, the AFL-CIO’s ability to marshal thousands of retirees to organize on behalf of a public health insurance program for the elderly proved pivotal in ensuring Medicare’s ultimate passage in 1965.

At first glance, organized labor’s lukewarm enthusiasm for Medicare for All may appear counter-intuitive. After all, healthcare benefits are often the primary sticking point between management and employees during contract negotiations. Ever-rising healthcare costs have put immense pressure on the bargaining process, and many unionized workers have seen their plans deteriorate as a result. Recent high-profile labor disputes have frequently boiled down to health insurance, including the wave of teachers’ strikes that has rippled from state-to-state.

In short, unions have been forced to fight tooth-and-nail just to keep whatever healthcare policy they can—and it's easy to see why, under political siege from the Right, they’re in survival mode defending rudimentary workers' rights. But with access to universal public healthcare, it’s easy to imagine labor free to spend its energy fighting for higher wages and better workplace conditions instead.

And yet, such battles may be precisely why unions hesitate to go all-in for single-payer in the first place: the health insurance they are able to win tends to be better than that of their non-union peers. In a post-Janus world, unions’ financial support relies on persuading members to voluntarily pay dues—and what better proof of their indispensability than ensuring members’ access to high-quality healthcare? As arduous as contract fights over fringe benefits have become in recent years, they nevertheless remain a key advantage of union jobs.

Moreover, many players in the labor movement have attempted to weather their decades-long decline by strongly allying with the Democratic establishment, which has at times softened the worst blows on unions lobbed by Republicans.

As long as credible action toward Medicare for All remains scarce among elected Democrats, advancing the policy demands a confrontation with the party establishment — something most labor leaders so far seem unwilling to do. Nowhere is this dynamic starker than in New York, where union density is strongest. The combination of relatively generous health benefits among union workers in the state and entrenched Democratic Party ties helps explain the spotty labor support for state-level single payer legislation.

Recent political shifts within the Democratic Party, however, suggest this dynamic could soon change. Medicare for All has made undeniable inroads since President Trump took office, and the plan backed by Sen. Bernie Sanders has been embraced by practically every serious contender for the 2020 Democratic presidential nomination, as well as a third of Senate Democrats.

As a result, Medicare for All will likely cease to be the political third rail it once was, and groups—including organized labor—that campaign for the policy will be assuming a less adversarial role than they would have been in previous elections.

Yet union leadership may remain slow to take up the cause, in which case it will depend upon rank-and-file members to usher in change. One member of the IATSE 700 Editors’ Guild who spoke on the condition of anonymity to be more candid, lobbied his union to endorse single-payer and told me about how receptive his colleagues were to the idea.

“The first thing I usually say to them is that it’s possible to get so sick you can’t bank your hours, and you lose insurance — that happened to my dad,” he said. “And once you say that, they intuitively get it. Everyone has had the experience of working when they don’t feel up to it, just to make sure they qualify for insurance.”

In the end, after a long slog to get a spot on the annual meeting agenda and despite widespread support, he failed to get his union behind the Medicare for All campaign. Instead, the union’s energy and resources was directed elsewhere — on another contract fight over healthcare benefits.

“I was frustrated at the time, all of the oxygen in the organization was going into this contract fight,” the union member recounted. “The locals don’t want to work on long-term political fights, so rank-and-file needs to lobby them and run for leadership positions. Unions are very used to fighting for their own benefits — they’ll be effective fighting for universal ones too.”

Natalie Shure is a writer and comedian in New York. She's written for The Atlantic, BuzzFeed, Slate, The Daily Beast and more. You can visit her website at www.natalieshure.com.