Gen. Wesley Clark wonders if Trump was blackmailed into pulling out of Syria

"There doesn’t seem to be any strategic rationale for the decision," the former presidential candidate said 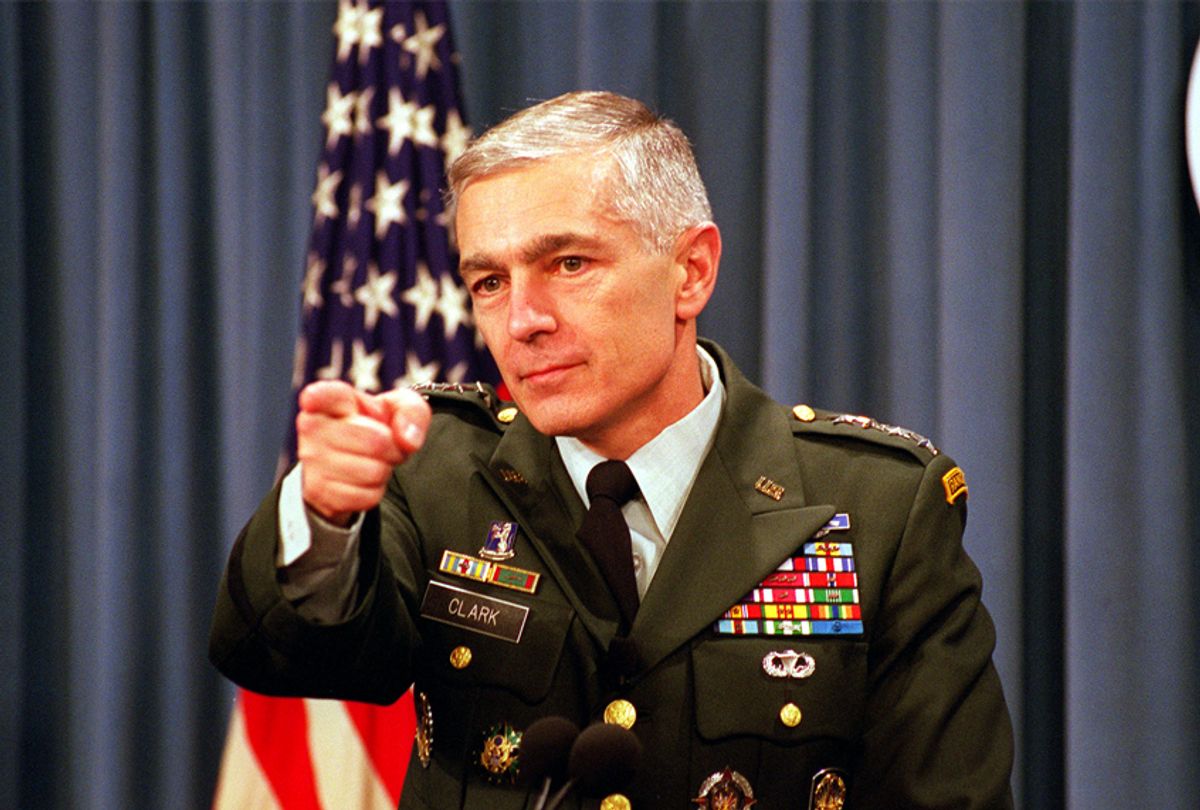 One of last week’s biggest political bombshells came when President Donald Trump announced that he was withdrawing all U.S. troops from Syria because the terrorist group ISIS (Islamic State, Iraq and Syria) had been “defeated” in that war-ravaged Middle Eastern country. Trump’s decision inspired a variety of reactions, from vehement criticism from Sen. Lindsey Graham and MSNBC’s Joe Scarborough to praise from Sen. Rand Paul of Kentucky. And Gen. Wesley Clark (a former NATO commander) has been among the critics, asserting on CNN that some U.S. allies in the Middle East are wondering if Turkish President Recep Tayyip Erdogan coerced Trump in some fashion.

During a CNN appearance on December 24, Clark stressed that “there doesn’t seem to be any strategic rational for the decision. And if there is no strategic rational, then you have to ask, ‘Why was the decision made? I can tell you that people around the world are asking this. And some of our friends and our allies in the Middle East are asking, ‘Well, did Erdogan blackmail the president? Was there a payoff or something? Why would a guy make a decision like this?’”

Clark disagreed with Trump’s claim that ISIS has been defeated in Turkey, telling CNN, “We’re not quite finished with ISIS….What does this say about the foreign policy of the United States? That we’re not reliable? That we make strategic decisions based on no strategic logic?”

The former NATO commander went on to say, “What the United States had going for it is the reputation of reliability, consistency—that we were going to be there through thick and thin. The decision on the spur of the moment as the president made undercuts all of that…. This is a really dangerous time for the United States in foreign policy because of this.”