Thanks to GOP budget cuts, the IRS allows rich people to avoid paying billions while persecuting the working poor 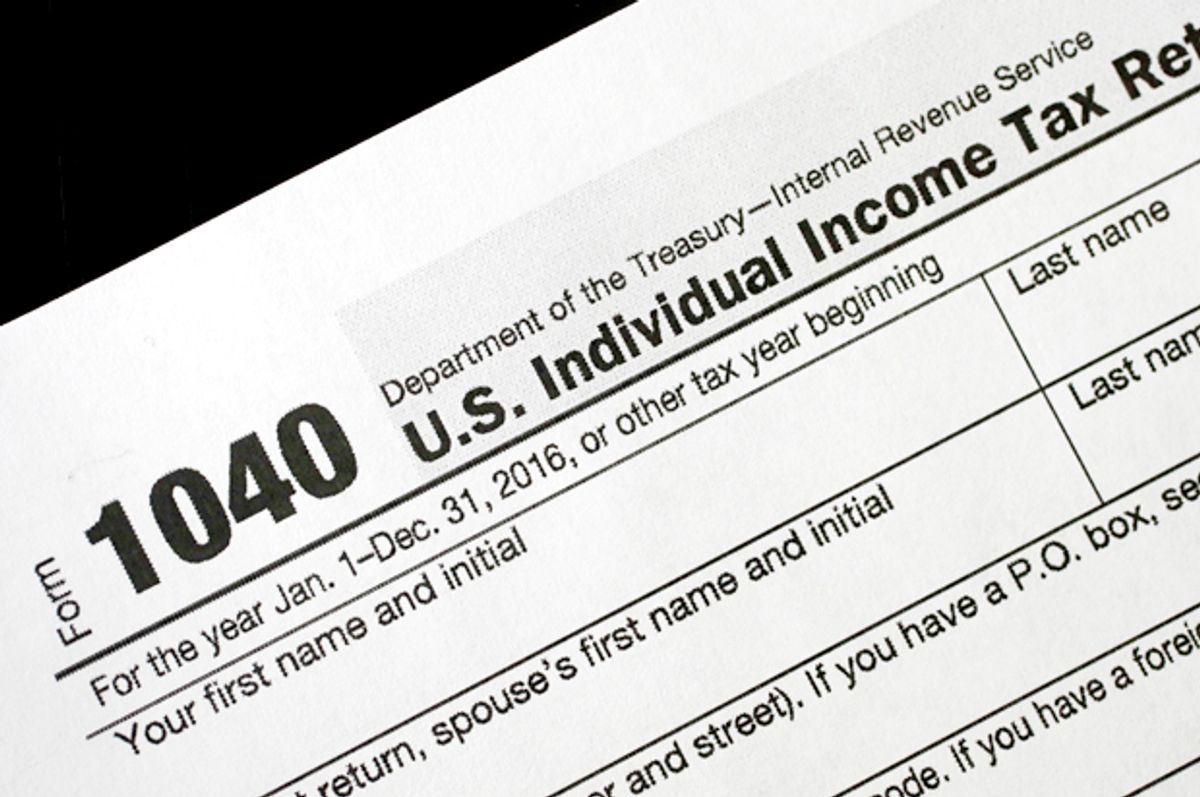 Republican cuts have crippled the Internal Revenue Service’s ability to audit rich tax cheats, while pressure from those same Republicans has led the IRS to increase audits of the working poor.

An investigation by ProPublica and The Atlantic found that years of Republican-led budget cuts have gutted the agency, causing a steep loss in government revenues. According to ProPublica, the cost to taxpayers may be “at least $18 billion every year, but the true cost could easily run tens of billions of dollars higher.”

According to the report, the IRS conducted 675,000 fewer audits in 2017 than it did seven years earlier. Because of the repeated cuts, the IRS has drastically stopped pursuing “nonfilers” who do not submit their tax returns. The number of investigations into nonfilers fell from 2.4 million in 2011 to 362,000 in 2017. The agency has also drastically reduced its investigations of filers who do not pay their tax debts. In 2010, the IRS let $482 million in old tax debt lapse, but by 2017, that number increased to $8.3 billion.

Corporations and billionaires have been the “biggest beneficiaries” of the IRS cuts, because large-scale audits require specialized personnel, ProPublica reported, noting that the federal government has left 18 to 20 percent of potential tax revenues uncollected as a result.

But even as the cuts have gutted the IRS’ ability to go after rich tax evaders, the agency, “under continued pressure from Republicans,” has made auditing the working poor who receive the earned income tax credit, one of the largest anti-poverty programs in the country, a higher priority.

The average earned income tax credit recipient earned less than $20,000 last year. Despite that, 36 percent of last year’s IRS audits targeted EITC recipients, who are now “ examined at rates similar to those who make $500,000 to $1 million a year,” ProPublica reported, adding that “only people with incomes above $1 million are examined much more frequently.”

“The undermining of the I.R.S.’s enforcement capability coincides nicely with the Republican playbook: Enrich wealthy individuals and corporations with tax giveaways that balloon the deficit, justifying spending cuts for health care, education and infrastructure, then amplify the process by not holding high-end taxpayers accountable for the amounts they owe,” wrote The New York Times editorial board.

One of the things the IRS has done to increase collections is outsource to private collections firms. That too has hit the poor the hardest, and has not helped to alleviate the revenue losses.

Since April 2017, the IRS has assigned four debt collection companies to contact half a million taxpayers with outstanding debt. According to the National Taxpayer Advocate, an independent office within the IRS, 19 percent of those contacted had incomes below $25,000 and 44 percent had incomes below 250 percent of the federal poverty level, which the IRS uses to “identify taxpayers who cannot afford representation in IRS disputes and are therefore vulnerable to overreaching by the IRS.”

The move has not helped. The program has brought in less than 1 percent of what Congress hoped the program would generate, Quartz reported, and the IRS received just $22.3 million of the $88.8 million collected by the companies because they also charge large fees for their services.

That lost revenue is more important after after the Republican tax bill, which reduced taxes for corporations and the rich. Those tax cuts are expected to add more than $1 trillion to the deficit.

“Our ability to keep the $1 trillion deficit created by the Trump tax cuts from deepening depends in part on collecting taxes to which the government is legally entitled,” wrote The Times editorial board. “Think of it this way: To protect our nation, we have the most powerful army in the world. To protect our tax base, we have an army on the order of Liechtenstein’s.”