Following a report in the New York Times, Hoffman broke his silence 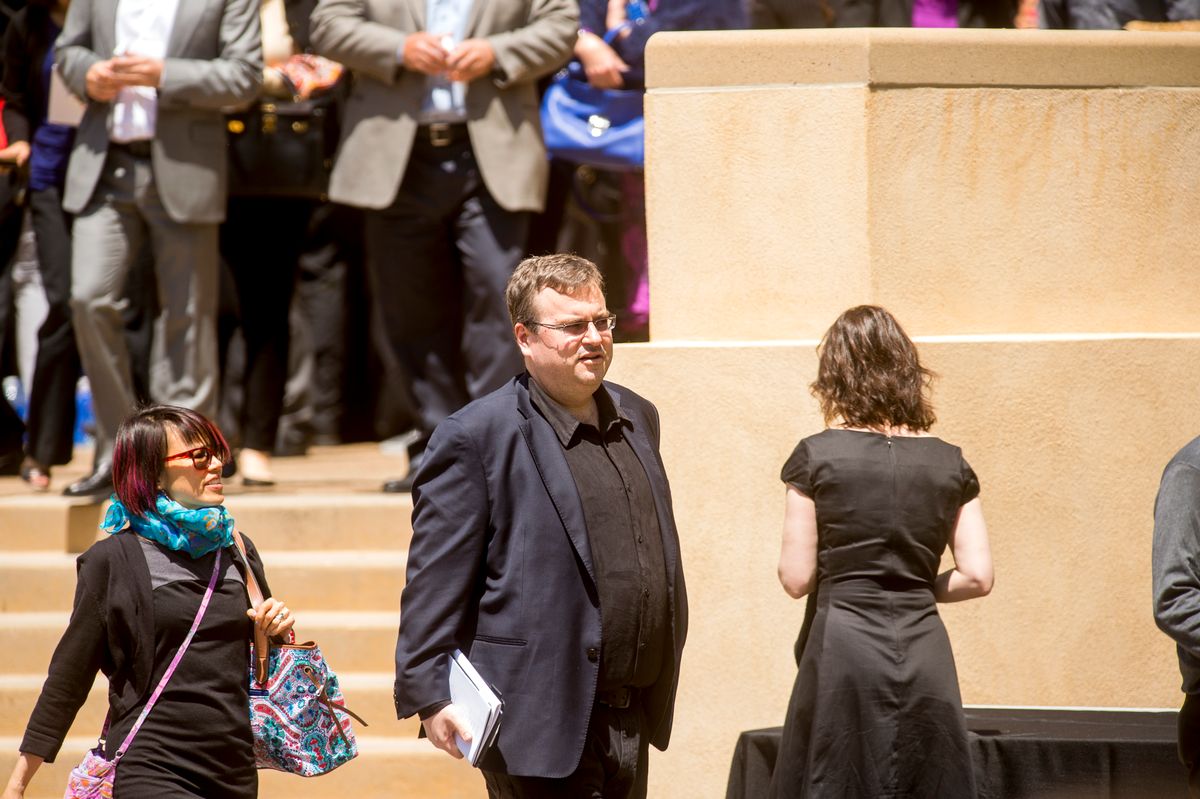 National races aren’t the only ones that are vulnerable to disinformation campaigns, but state races are too, bringing in the unlikeliest of enablers. On Wednesday, Internet billionaire Reid Hoffman, who co-founded professional networking site LinkedIn, issued an apology following reports describing his involvement in a disinformation campaign for the 2017 Alabama special election for U.S. Senate between Democrat Doug Jones and Republican Roy Moore.

The New York Times first covered the pseudo-scandal, which claimed a group of Democratic tech experts allegedly tried to mimic deceptive Russian tactics and apply them to the Alabama special election. According to the New York Times, an internal report the publication obtained explained that the project “experimented with many of the tactics now understood to have influenced the 2016 elections.” Specifically, the operators created a fake Facebook page in which they pretended to be conservative Alabamians to divide Republicans and draw votes from Moore.

“We orchestrated an elaborate ‘false flag’ operation that planted the idea that the Moore campaign was amplified on social media by a Russian botnet,” the report states, via the New York Times.

While no part of the tactical social media experiment was illegal, the fact that this recent disinformation campaign mirrored what foreign actors did during the 2016 presidential campaign has disturbed many in the politics world.

The report stated funding for the project came from Hoffman. However, in a statement titled, “Truth and Politics,” published on Medium, Hoffman denies being aware of the project or knowingly endorsing it.

I want to make it clear from the outset that I had never even heard of this project before reading about it in the Times’ coverage. The Times articles imply that I had knowledge of it and that I endorsed its tactics.

Let me be absolutely clear: I do not. I categorically disavow the use of misinformation to sway an election. In fact, I have deliberately funded multiple organizations trying to re-establish civic, truth-focused discourse in the US. I would not have knowingly funded a project planning to use such tactics, and would have refused to invest in any organization that I knew might conduct such a project.

Nevertheless, I do have an apology to make and have learned a lesson here.

According to the New York Times, Hoffman’s investment was passed through a company called American Engagement Technologies (AET), which was run by Mikey Dickerson, the founding director of the United States Digital Service — a federal agency founded during the Obama administration. A former fellow at the Justice Department, Sara Hudson, also allegedly worked on the project. Jonathon Morgan, chief executive of New Knowledge,  a cyber security firm, was also an alleged participant.

Hoffman states that AET was “a group which sought to develop technical solutions to counteract fake news, bot armies, and other kinds of digital manipulation and disinformation, and to use social media and data analytics to increase civic engagement and improve access to accurate information about candidates and issues.”

“AET, in turn, provided funding to a group called New Knowledge. Through AET or otherwise, I have never personally authorized or directed any funding to New Knowledge,” he writes.  “I — regretfully — do not know why AET chose to support New Knowledge or for what specific purposes, if any, this funding was allocated.”

Last week, Democratic Senator Jones asked federal authorities to conduct an investigation following the report in The Times. Hoffman said in his statement he believes that is “a good idea," too.

“In addition, my politics team and I have already begun drafting new policies for how we vet potential investments and how we’ll maintain oversight of the organizations we support,” he states.