"Should we be worried that Steven Mnuchin had to make this call," Charles Payne asked. "Was it a mistake?” 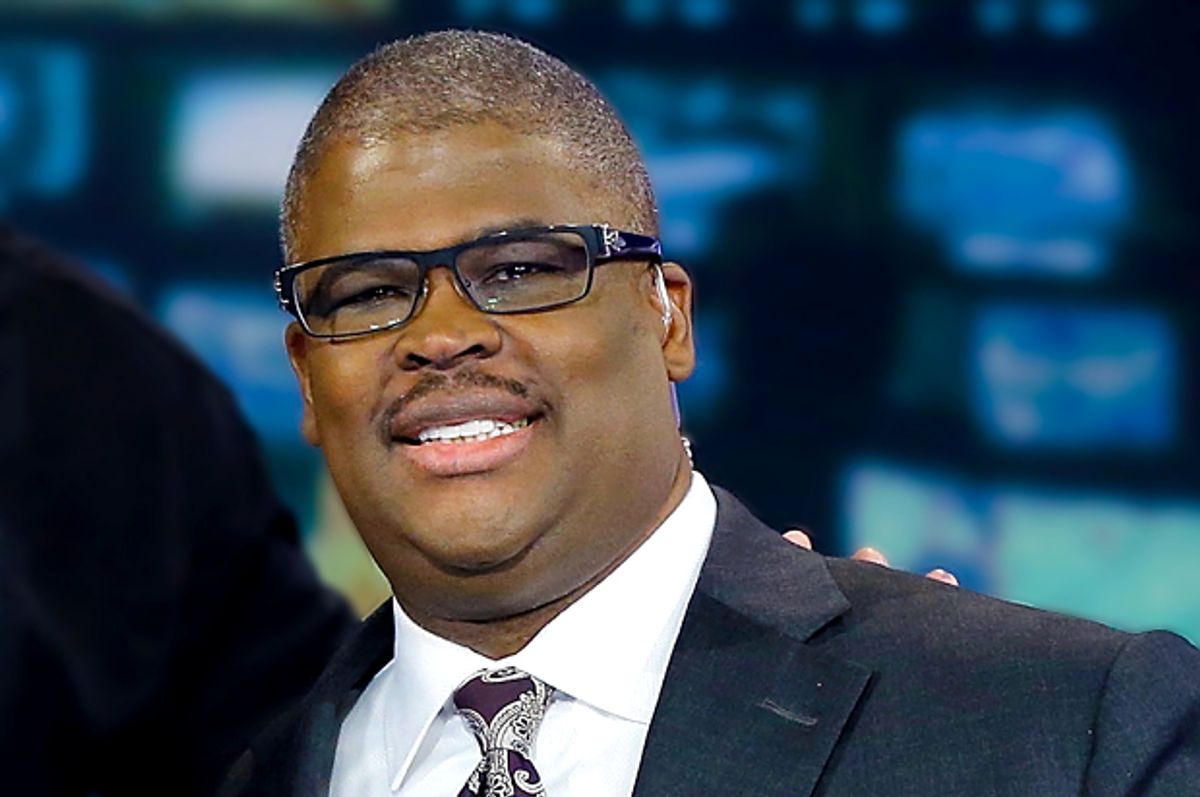 Fox Business Network’s Charles Payne did not pull his punches on Kevin Hassett, the Chairman of the Council of Economic Advisers, when discussing a controversial letter by Secretary of the Treasury Steven Mnuchin.

“He tried to calm the markets. He had the call with these banks. It didn’t work,” Payne told Hassett on Wednesday, according to a transcript by Mediaite. “The markets collapsed on Monday. I don’t know what’s going on right now, we’re losing all of the rally, and big name dragging us on the Dow once again is Goldman Sachs. Should we be worried that Steven Mnuchin had to make this call? Was it a mistake?”

Hassett tried to dodge the question by saying, “It’s very normal for the Treasury Secretary to call people up and say, ‘How is Christmas looking?’ They’ve got credit card data.”

Payne didn’t accept this explanation, responding that this was different from calling and saying “‘Hey, do you guys have enough cash for a run on the banks?’ Was that the question?”

While Hassett admitted that he did not participate in the conversations between Mnuchin and America’s financial leaders, he insisted that “it’s extremely normal for the Treasury Secretary to keep his finger on the pulse of financial markets. And right now, as you’ve mentioned, markets have been quite volatile. And they’ve headed down, something like 8 percent over the last few weeks. And when something like that goes on, then it’s absolutely natural for a treasury secretary to call people up and say ‘Hey, what are you seeing? Is there something going on I should know about?'”

Payne disagreed, arguing that “the psychology, to make this a couple of days from Christmas on a Sunday, it felt like a sense of panic.”

In his public letter on Sunday, Mnuchin attempted to reassure Americans by saying that “the CEOs confirmed that they have ample liquidity available for lending to consumer, business markets, and all other market operations. He also confirmed that they have not experienced any clearance or margin issues and that the markets will continue to function properly."

The letter also contained a direct statement attributed to Mnuchin in which he said that  "we continue to see strong economic growth in the U.S. economy with robust activity from consumers and businesses. With the government shutdown, Treasury will have critical employees to maintain its core operations at Fiscal Services, IRS, and other critical functions within the government."