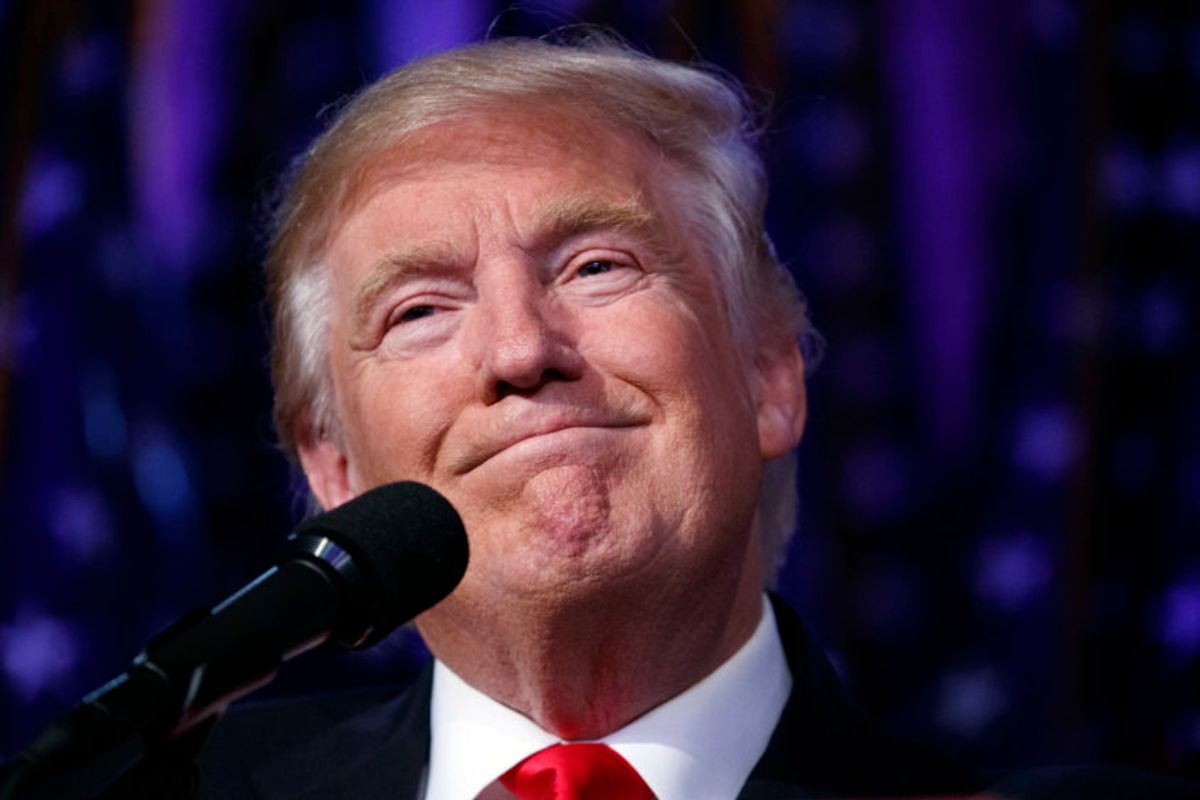 President Donald Trump alleged on Thursday that the hundreds of thousands of federal workers either furloughed or working without pay "are Democrats" — just two days after he claimed "many" of those government employees told him they're fine with not getting paid so long as Congress does not provide the funds he claims are needed to build his long-promised wall along the U.S.-Mexico border.

"Have the Democrats finally realized that we desperately need Border Security and a Wall on the Southern Border. Need to stop Drugs, Human Trafficking, Gang Members & Criminals from coming into our Country," Trump tweeted on Thursday. "Do the Dems realize that most of the people not getting paid are Democrats?"

Trump's tweet came as the government shutdown entered its sixth day. He said on Christmas Day he will not reopen the government until he gets the $5 billion in funding for border security.

Trump has attempted to pin blame on Democrats for the shutdown, even though he previously said he would be "proud" to shut down the government if Congress did not agree to provide at least $5 billion toward one of his biggest campaign promises. He also suggested that Senate rules should be amended, if necessary, so that Republicans could pass the bill without support from the Democrats.

House Minority Leader Nancy Pelosi, D-Calif., said last week that she and many other Democrats consider the wall to be "immoral, ineffective and expensive" and noted that Trump repeatedly promised during the 2016 presidential campaign that Mexico would pay for it — a promise that Mexico has repeatedly rebuked.

"Nancy does not have to apologize. All I want is GREAT BORDER SECURITY!" Trump later wrote on Twitter.

Trump on Tuesday argued that federal workers support his stance in the bitter budget standoff with Democrats over the $5 billion he claims are needed to build his long-promised wall along the U.S.-Mexico border.

"Many of those workers have said to me and communicated, 'stay out until you get the funding for the wall,'" he said, when asked for his message to the hundreds of thousands of federal workers either furloughed or working without pay.

"These federal workers want the wall," he added. "The only one that doesn't want the wall are the Democrats."