What could millennials kill off in 2019? Weddings and becoming parents

Data suggests millennials are getting married and having kids later in life, because both are so expensive 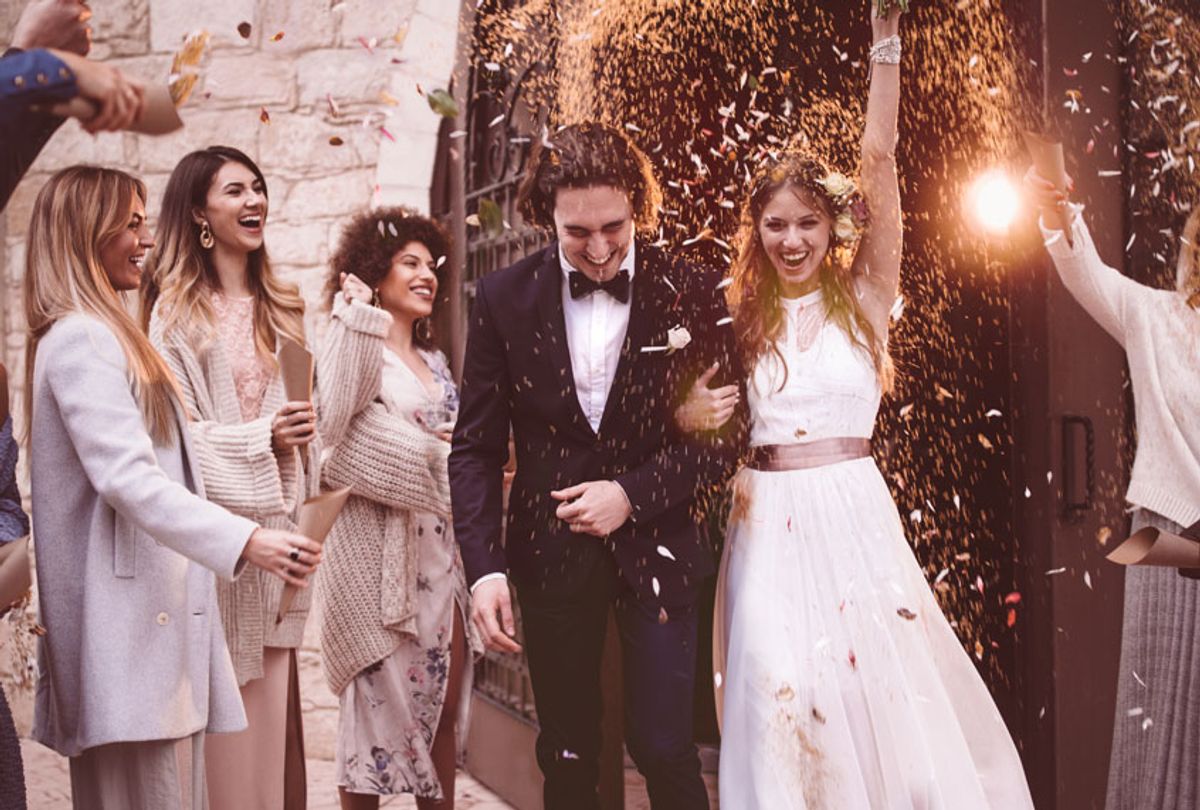 Instead of waiting for the next Wall Street Journal article to drop featuring "experts" from some random industry discussing what millennials have killed now, let's predict what's next. My guess: Millennials will kill weddings and becoming parents.

This isn't because I'm anti-marriage or kids. But in this economy, milestones that used to be considered staples of stable adulthood and even happiness are increasingly becoming luxuries.

My friends and I often discuss future plans and while some of them do want to get married, the conversation is usually structured around how expensive weddings are, and that spending that money on say, a house, seems so much more productive. And with crippling college debt, massive rents and cost of living that outpaces low wages, leaving little to nothing for savings, it often feels like there's only room in the budget for one or the other, if at all.

For others, the sheer history of marriage, with its patriarchal roots and the transference of property (both women and actual property), has some men and women rejecting the whole idea of it.

"The paradigms are shifting and the old model requiring marriage vows to validate one's relationship doesn't appeal," psychologist, relationship expert and author of "The Ultimate Guide to a Multi-Orgasmic Life Antonia Hall," told Bustle in 2016. "Many Millennials were raised with rising divorce rates and broken homes, so they're far less likely to buy into marriage as the only or best form of relationship for themselves. Add to that the increase in educational costs and debt, and Millennials feel less financially secure, which makes entering into what's considered a binding contract with their significant other far less appealing. With everything from hookup culture to poly lifestyles and open relationships, there's an emerging expansion of views on what partnerships can look like. This has led to a desire to exploring more than the outdated 'one method for all' that is marriage."

So, millennials are generally choosing to get married later in life, prioritizing financial security, career trajectory and home ownership before deciding to tie the knot — if they get married at all. The average age for marriage has increased to 27 for women and 29 for men (personally, both numbers seem low) — a six-year increase from 1963, when the average ages were 21 and 23, respectively.

But also, only two out of five millennials were married in 2015, whereas two in three adults were married in 1980. Culturally, marriage isn't the be-all end-all for adults anymore, and women in particular are increasingly untangling marriage from their own self-worth.

When it comes to children, the birthrate in the U.S. reached an all-time low in 2017, according to the Centers for Disease and Prevention. However, women older than 35 did see an uptick in first-time births, clearly reflective of medical advances and the growing ways for women to conceive later in life.

Becoming parents at a later age, or choosing to forego children entirely, can be tied to economic anxiety as well. Children are expensive, and in many places child care rates are exorbitant. "Child care for infants costs more than tuition at four-year public colleges in 28 states and the District of Columbia," according to the Conversation. "Similarly, child care for 4-year-olds costs more than public college tuition in 15 states and the District of Columbia."

We are hearing scores of stories about how even two-parent households are forced to make challenging decisions about their family's future. Even if both parents want to work, child care can quickly outpace one earner's salary. Most single parents have even fewer options and generally have to rely on family members to pitch in.

While low-income families can sometimes get financial help, that's not something families can rely on now. "Spending on assistance through various federal programs is at a 12-year low. Today just 15 percent of eligible children are served by federal subsidies," Elle reported. "The Child Care and Development Block Grant, the main source of this kind of support, currently serves the smallest number of children since 1998; 364,000 were dropped from its register between 2006 and 2014. And subsidies fail to reach anyone living much above the poverty line."

The economics of having children can be daunting for all millennials, but especially for women, because of the implications for their personal financial security. There's been a lot of attention — though not action — paid to the gender pay gap, but recent data suggests that it's largely morphed into the motherhood pay gap. According to the New York Times, women who are unmarried and without children earn much closer to what men do. The Times pointed to many reasons for this, but it ultimately comes down to how unequal the division of labor is in many households, or at least that employers still assume that will be the case.

If we lived in an equal society, where good jobs, affordable housing, access to quality education, health care, child care were all seen as rights and not luxuries, it's not far-fetched to surmise that marriage and parenting statistics might shift. It's not a sure-fire fix, however; birth rates are down all over the world as people in general are choosing to have fewer children, waiting longer to do so, and many can't configure having a thriving career with fewer at all. Denmark, with its robust social welfare program, also has the greatest proportion of babies born through in vitro fertilization, indicating in part that women are able making active choices about their reproductive lives irrespective of age and life partner status. They're not being deterred by surging child care costs, either; couples spend less than 11 percent of their income on child care costs, and that drops to less than three percent for single parents. (Compare that to the U.S., where two-parent households pay around 25 percent of their income for childcare, and single parents 52 percent.)

Other factors make millennials feel a little more bleak about the prospects of bringing kids into a culture of violence and an economy that operates on a work-to-survive model for the majority, to say nothing of looming climate catastrophe. But if the U.S. actually cared about the family unit as much as Republicans claim to, perhaps they could start by enacting policies that prioritize the livelihoods of women and children. They certainly have a long way to go.

For millennials, choices, or the ability to steer our own futures, seems to be the missing variable in so much of our adult lives. So maybe we are on a serial-killing rampage of American trends, after all. If the decisions to buy a home, or throw a wedding our families and friends can attend, or even have kids are already out of the question, at least we can still control the trivial things in our lives — like tuna sandwiches for lunch.