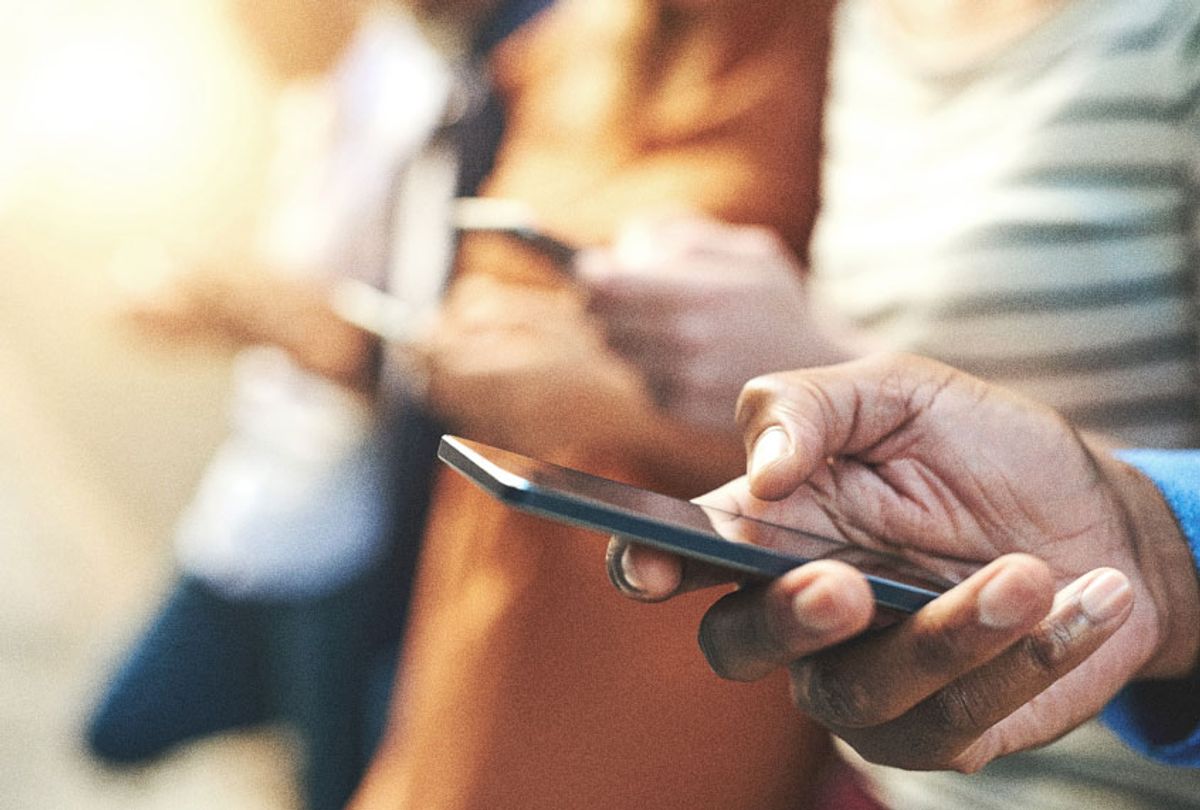 Many dictionary publishers pick their own “word of the year" at the end of December, in an effort to summarize the year in a single symbolic word. For 2017, Oxford Dictionaries picked the neologism "youthquake"; in 2016, the same dictionary company picked "post-truth," fittingly.

Generally these selections do a decent job of capturing the spirit and essence of the year. Yet this year, the online Cambridge Dictionary did something a little different: they let their readers vote on a word, picking from a shortlist. Between “gender gap,” “ecocide,” “no-platforming,” and “nomophobia,” readers chose the latter.

"Nomophobia" is not a commonly-used word, and rarely appears in print: of the several hundred thousand articles published in Salon, it has appeared only once in print (in 2015); in the New York Times' history, it has appeared only four times.  Nomophobia, according to Cambridge, is defined as the “fear or worry at the idea of being without your mobile phone or unable to use it.”

As Cambridge explains, the fact that nomophobia was the chosen word indicates that readers are familiar with it, or at the very least, can relate to it. This speaks to how deeply embedded in our lives mobile devices have become. As anyone over 20 knows, it wasn’t that long ago humans were able to leave the house without a phone.

“Your choice, nomophobia, tells us that people around the world probably experience this type of anxiety enough that you recognized it needed a name,” Cambridge stated in a blog post. “Like many modern coinages, nomophobia is what’s called a blend: a new word made up of syllables from two or more words, in this case ‘no mobile phone phobia.’"

Surprisingly, psychologists weren’t the first to use the term. YouGov researchers first used it in 2008 in a report commissioned by the United Kingdom Post Office. The study found that 53 percent of mobile users felt anxious when they were unable to use their mobile devices. More than half of teen users who were surveyed cited that they never shut off their phones. One decade later, and it’s a “word of the year."

Since its inception, nomophobia has been the topic of various research projects to understand how much we rely on mobile devices.  Iowa State University researchers went as far as developing a survey to help people determine if they suffer from nomophobia, known as the Nomophobia Questionnaire (NMP-Q). In one study, in which it was administered to 537 Turkish college students, nearly 42 percent of them were determined to suffer from nomophobia. The students' greatest fears of being without their mobile devices, according to the study's results, were related to communication and information access.

Cambridge emphasizes that nomophobia “isn’t a scientific word,” however. In other words, you won't find it in the Diagnostic and Statistical Manual of Mental Disorders (DSM), but that’s not to say it won't be included in the future.

The most recent edition of the DSM establishes seven diagnostic criteria for specific phobias, including: “the disturbance is not better explained by symptoms of another mental disorder, including fear, anxiety, and avoidance of situations associated with panic-like symptoms or other incapacitating symptoms; objects or situations related to obsessions; reminders of traumatic events; separation from home or attachment figures; or social situations.”

This is one reason it could be difficult to categorize nomophobia as an official phobia. That’s not to say tech and internet addiction, which can cause nomophobia, aren’t being taken seriously by mental health professionals.

As Robert Weiss LCSW, CSAT-S, explained in Psychology Today: “...There are almost certainly individuals who do consistently experience clinically significant symptoms related to their smartphone obsession. These are the people who take their phones to bed with them, waking up multiple times per night to check for texts, emails, social media updates, etc. And when they’re in social settings in which they must silence or turn off their phones (church, weddings, funerals, movies, airplanes and the like), their anxiety levels skyrocket.”

Experiencing minor anxiety when you leave your phone at home might not qualify as being nomophobic, Weiss argues.

Technology has brought a lot of new words into our vocabulary, but it seems telling that humans created a new word to describe an unhealthy attachment to our mobile devices. Nomophobia may have been intended to be a light-hearted turn of phrase, but its coinage reveals a dark truth about modern society: that many of us are chained to our screens, afraid of being disconnected, or perhaps afraid of being alone. Life without a smartphone is unfathomable to many, or at the very least, a prospect that inspires acute anxiety. Paradoxically, though smartphones were designed to keep us connected, many who have opted to live life without a mobile phone report to be happier being untethered.