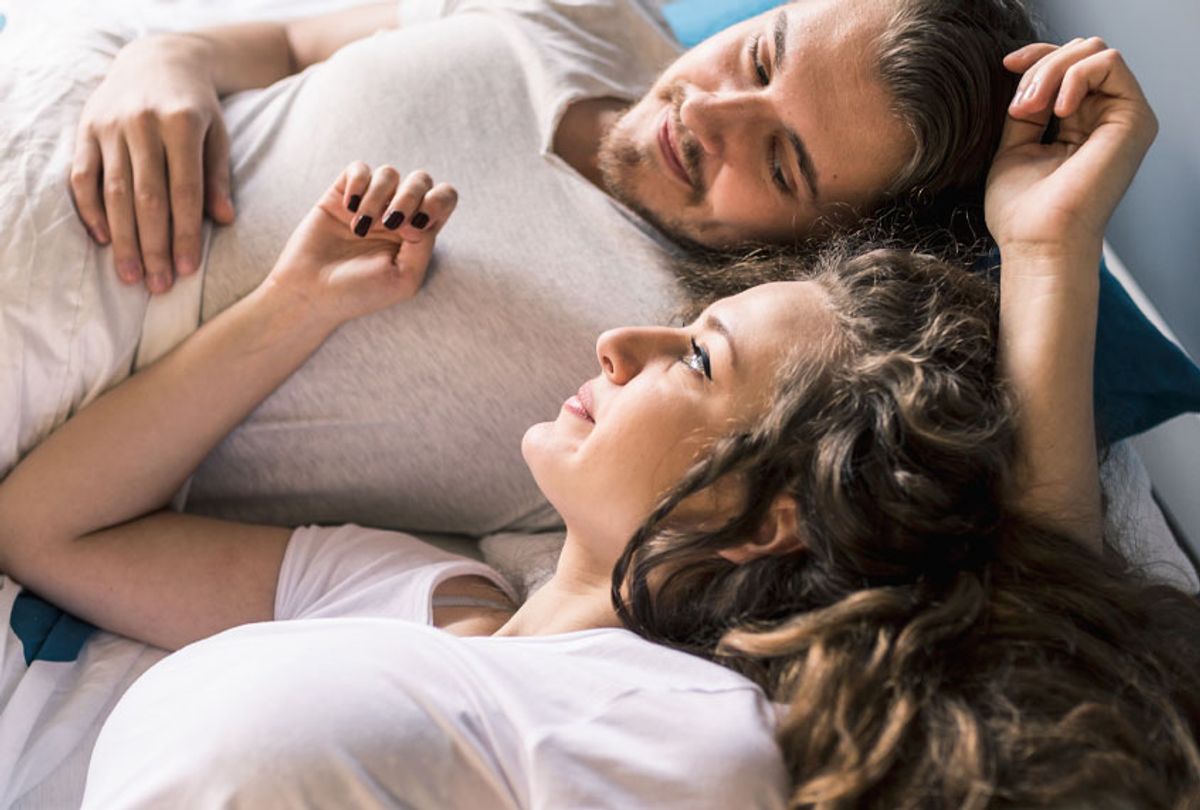 When you're diagnosed with cancer, your first thought likely isn't, "How will this affect my sex life?" I can report from firsthand experience that it probably doesn't even crack the top three. But for a great many of adults, those life-changing words — "You have cancer" — are the beginning of a brand new and long-term way of living. And in the chaos and stress of treatment and side effects and recurrences, there is still a human being who likely doesn't want to write off a fulfilling sex life forever.

Yet honest conversation around intimacy and around pleasure can be difficult to come by. Even when dealing with cancers like breast or prostate, which can directly affect a person's sexual satisfaction or body identity, patients and doctors alike often clam up. I've had friends whose ovarian cancers came with a side order of instant menopause, and whose oncologists talked freely to them about the former but not the latter. No wonder, then, that I was so delighted when I recently discovered a new corner of the web for some frank discussion — and an oncologist who's working to help bust taboos for her breast cancer patients.

Launched in mid-2018, SurvivorNet features research news, resources and, plenty of real talk about dating and sex for patients and caregivers. Among its contributors is Memorial Sloan Kettering's Dr. Elizabeth Comen. With her approachable video presence, Comen offers the encouraging, refreshingly radical message that it's normal to care about your body image and your sexual satisfaction.

Speaking via phone earlier this month, Comen wondered if the roadblocks we still grapple with in the cancer community today got their start, ironically, at the height of the sexual revolution. "The narrative written about cancer since the 1970s 'war on cancer' is that it’s a fight," she said. "That narrative, while it works for some people, really neglects all the social and emotional components that people are struggling with. It is not just about surviving the cancer, which is of course paramount, but also living better."

"The other thing that gets left out of that conversation is when you just talk about survival is that there are people who are living with cancer that will ultimately take their life," she added. "Do they not deserve to have a good sex life or to not be in pain? If all we’re talking about how many months people live longer, we neglect the importance of thinking about how people live."

There's a distinction between life and quality of life. As patients, we're frequently cast as victors simply for not dying. That immediate designation as noble warrior means that we often feel like we can’t complain, and we can't advocate for anything more than a bare minimum existence. We're not advocating for the pain-free, enjoyable sex life we deserve.

Of course, satisfaction can be challenging for any of us to talk about, especially in a world in which we set the bar for acceptable sexual expression merely at consent. "We as a culture need to feel and be empowered to talk about sex," said Comen. "This dialogue is not just in the medical community. It’s in the general community overall." And when it comes to sex and cancer, she noted that "with men, it can be even harder in some ways for them to talk about it. Even though we seem culturally more focused about male sexuality, there's a lot of shame associated with sexual dysfunction among men."

To curtail that shame and silence, Comen believes both the medical and the patient community have to lay a stronger foundation. She recommends patients explore support services while they're undergoing treatment, because "feeling like there is a space to explore how they feel at every moment of their treatment — beginning, middle, end, and afterwards — is so important." If you're facing cancer, you can find out if your cancer facility offers sexual wellness resources (like Sloan Kettering does) that include education, assessment and physical therapy.

Comen observed, "I would hope that we [can] normalize these discussions, that we train both doctors and patients to recognize that it’s important that these issues be discussed. . . . One of the things that is helpful is to offer patients the chance to answer [checkbox] questions about decrease in libido, et cetera, in the waiting room or privately. No one has to ask them in front of them. Then we don’t lose that moment when we’re actually seeing the patient to ask them." Comen recalled a patient who "had lost a lot of weight and was feeling really good about herself, but then she said, 'I’ve been married to my husband for 25 years and not only do I have dryness, but I have zero libido.' So we had this whole long conversation about, well, does she miss not having sex?"

Sexual health is not a minor concern, even — sometimes especially — in the scheme of a major medical issue. It's also, Comen noted, "about how you feel about your body. . . . If the only way you can experience your body is in a negative way, I think it makes whatever the negative feelings are even worse. Because what happens is you have this tremendous push — 'I'm going to get through it. I'm going to get surgery. I'm going to get my chemo. I'm going to get my radiation. Everything’s going to be fine.' Then if it’s not processed while people are going through it, there really [can be] a post-traumatic disorder for many women afterwards. When people come in and see their doctors, some of them feel like, 'Oh my God, I just went through so much. How do I possibly ask about this?' We need to make sure that people don’t feel shame around asking what they feel like superficial questions that are actually important."

That also means acknowledging that what sex is not a one-size-fits-all experience, to be viewed exclusively through straight guy lenses. "Sex can mean different things for different people," said Comen, "and we also can’t ignore people who may not be in heteronormative relationships as well. We often are talking about intercourse, as opposed to other ways where someone may be engaging in their body or missing out on engaging in their body. I think we should making sure that we’re not just talking about this very paternalistic or masculine framework of how we envision sex. I hope that that dialogue starts to change in our culture as well."

And while cancer can affect your sex life, your sex life can have an impact on your cancer experience. "I think about my patients who maybe have used masturbation or sex as a way for dealing with stressful times in their life," observed Comen. "Then they have the most stressful times in their life when they're diagnosed, they're going through cancer, and then we take that away from them or inhibit that at some point. How terrible is that?" The good news, Comen assured , is that "when people are in physical pain or emotional pain, if sex was important to them, that is another way for them to engage their body and feel good about their body." Good sex, she said, can "counteract some of the emotional and physical pain. It’s totally life-affirming. It feels great. And you're not thinking about the past. Ideally, you're not thinking about the future. You're just in your body, in the moment."