Stock markets and the Trump factor

While Trump says it’s all the Fed’s fault, this is why U.S. stock markets are really collapsing 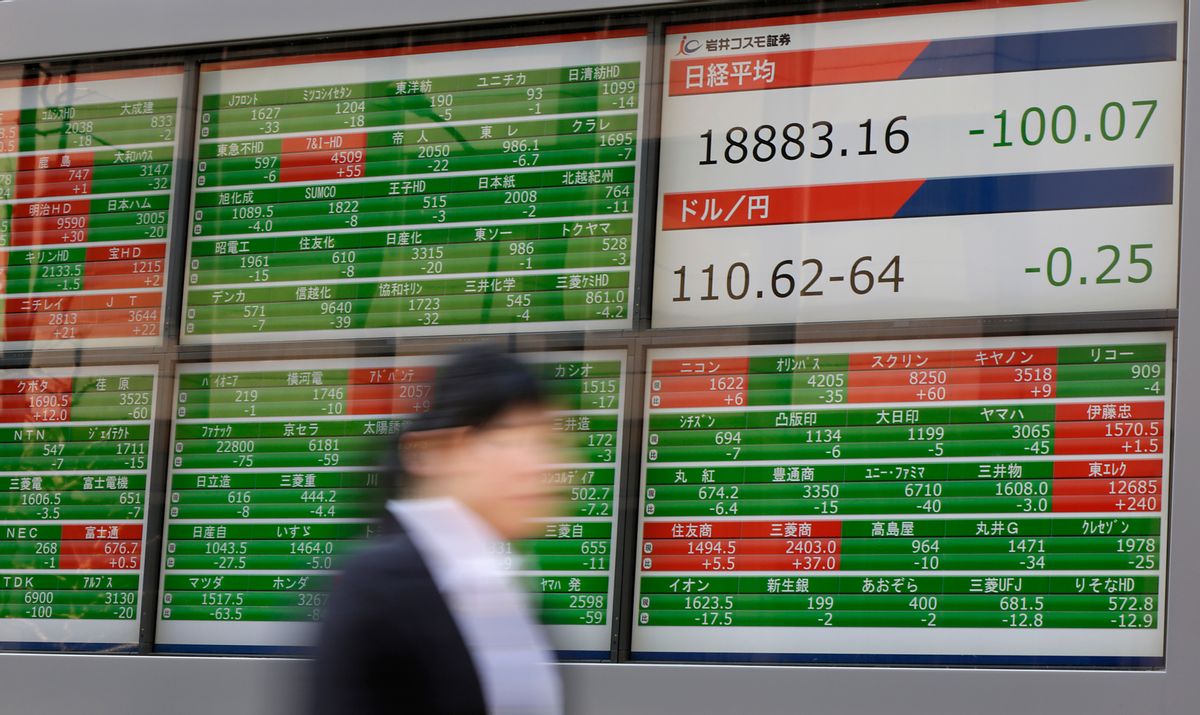 Trump – the man who measures everything by size — has lost his last shiny object on which he relied to glorify his existence: A booming stock market.

After Trump’s election in November 2016, stock prices rose and rose and rose. Why? Because markets rightly foresaw the short-term gift that Trump was determined to shower on them, via massive tax cuts.

These increased the profitability of listed companies without them doing anything differently or better in the real economy. With investors happy about this gift, stock prices rose.

The real question that needs a proper answer is this: Why the sudden plunge that is getting us to pre-Trump levels of the indices as well as the skyrocketing volatility?

Mr. Trump has an easy answer to this question. According to his gospel, it’s due to the Fed and the “irresponsible” increases of interest rates.

While it is interesting to see Trump channeling his inner Erdogan (the Turkish President, too, is peeved that his country’s central bank does its job), can the Fed truly be the reason?

Interest rates are currently at a range of 2.25-2.5%. That is still among the lowest levels in modern economic history, both in nominal and real terms. That’s a clear indication that low-level interest rates cannot impact stock markets as hard as they are currently being clobbered.

There is only one culprit

And it ain’t so. The fact of the matter is that almost all reasons for the rise and fall of stock markets are a five-letter word, not a three letter one. There is only one culprit, spelled TRUMP (and not spelled FED).

Just as markets always operate, their assessment was based on a short-sighted assessment. The tax cut-induced profit increases would only have allowed for sustainable growth, thus justifying higher valuations, under one condition: If those additional profits had been largely re-invested, not handed out to shareholders.

But the latter is what most corporates did. Worse, they used their profits to buy back their own stocks, which inflated stock prices even more.

As if that weren’t bad enough, companies borrowed cheap money at an excessive clip. And they did so, once again, not to invest but to buy back even more stocks.

Today’s U.S. corporate debt is at a record high. It has risen from $4.9 trillion in 2007 to $9.1 trillion in 2018. In that context, even small increases in interest rates are potentially threatening debt sustainability, especially when that debt has not improved the competitive position of these companies, but instead been wasted. Markets are beginning to realize that.

Even though the CBO and others were very gloomy on the medium-term debt effects of Trump’s tax cuts before they were implemented, the reality turns out to be much worse.

Few, if any, foresaw that the tax cuts would jack up the fiscal deficit to $1 trillion in the first year of them taking effect. That is HUGE (in the words of Trump).

It’s just the wrong kind of huge. Long term, this is going to crowd out the private sector, which is a fancifully obscured term of art for saying that market interest rates will go up!

Markets are beginning to get that. Accruing record fiscal deficits during times of economic expansion, as the United States does under Trump’s leadership, is simple economic lunacy.

3. There are always triggers for a market correction and many times they are not directly related to economic developments. Never to be outdone or outshone by anyone, Donald Trump has done his level best to stack the markets’ deck with plentiful adverse events to make them very, very nervous.

These are nine of the triggers “made by Trump”:

1. Trump’s sudden decision — against all advice — to withdraw troops from Syria, an action that is highly destabilizing to the entire Middle East region.

3. The juvenile shutdown of the U.S. government over an infantile border wall with no real exit strategy from the stalemate on Trump’s part.

4. Trump’s choreographed destruction of the entire network of global institutions, from the UN to NATO to trade agreements.

5. The spreading realization that a trade war with China is a lose-lose situation.

6. The fear that a U.S. recession is looming and that the U.S. government will have little dry powder to soften the blow given the $1 trillion procyclical deficit. And frankly, the fear that Republicans and Trump will anyway opt to allow such recession to impose maximum pain on economic agents (workers, in particular).

7. Trump’s attack on the Federal Reserve and the rumors that he is seeking ways to fire its Chairman. That would be an unprecedented event undermining the critical independence of the Federal Reserve Bank. Even Turkey’s Mr. Erdogan, himself a very petulant man, has shied away from such a move so far.

8. The imbecilic action by Trump’s Secretary of the Treasury, Steven Mnuchin, a supposed Wall Street pro, the day before Christmas Eve.

He insanely called in the CEOs of major U.S. financial institutions, supposedly to calm the markets. His questions to them about the soundness of the balance sheets of their institutions made people believe that Mnuchin is either clueless — or knows something real bad.

9. The closing-in of the Russia investigation on the inner circle of Trump world and the realization that we are at the cusp of an unprecedented constitutional crisis.

These are just a few of the Trump-triggers. The problem is there are simply too many.

The country is in Trump-made political chaos. In fact, he has treated the U.S. government and world affairs as if they were some kind of reality TV show.

Economically, the United States is set up for the Big Four — a recession, financial instability, corporate bankruptcies and a big market crash.

One must hope at least for a temporary recovery once the U.S. government eventually opens its doors again after the shutdown and once — let us cross our fingers — a reasonable person is nominated for Secretary of Defense.

But the storm is brewing, the clouds are gathering and we are at the precipice of nationwide tornadoes.

Meanwhile, the Democrats are jockeying for positions in the forthcoming 2020 presidential elections. This not only has the air of rearranging the chairs on the deck of a Titanic that its captain, the Donald, is hell-bound on sinking.

What the Democrats also ought to ask themselves is why any one of them would want to take over the White House. All they would do, if successful in that quest would be — once again — to clean up after another Republican presidential disaster man who managed very diligently to drive the U.S. economy off the cliff.

Bush Jr. was the last Republican to achieve such glory. What Democrats ought to realize is that their readiness to serve as the Republican Party’s clean-up brigade is not a job for which they are thanked by the U.S. electorate.