Fox News' Bret Baier: "We are 100 percent against the term 'enemy of the people'"

Fox News anchor on Trump, Mueller and how journalism has changed in his years on America's most loved/hated network 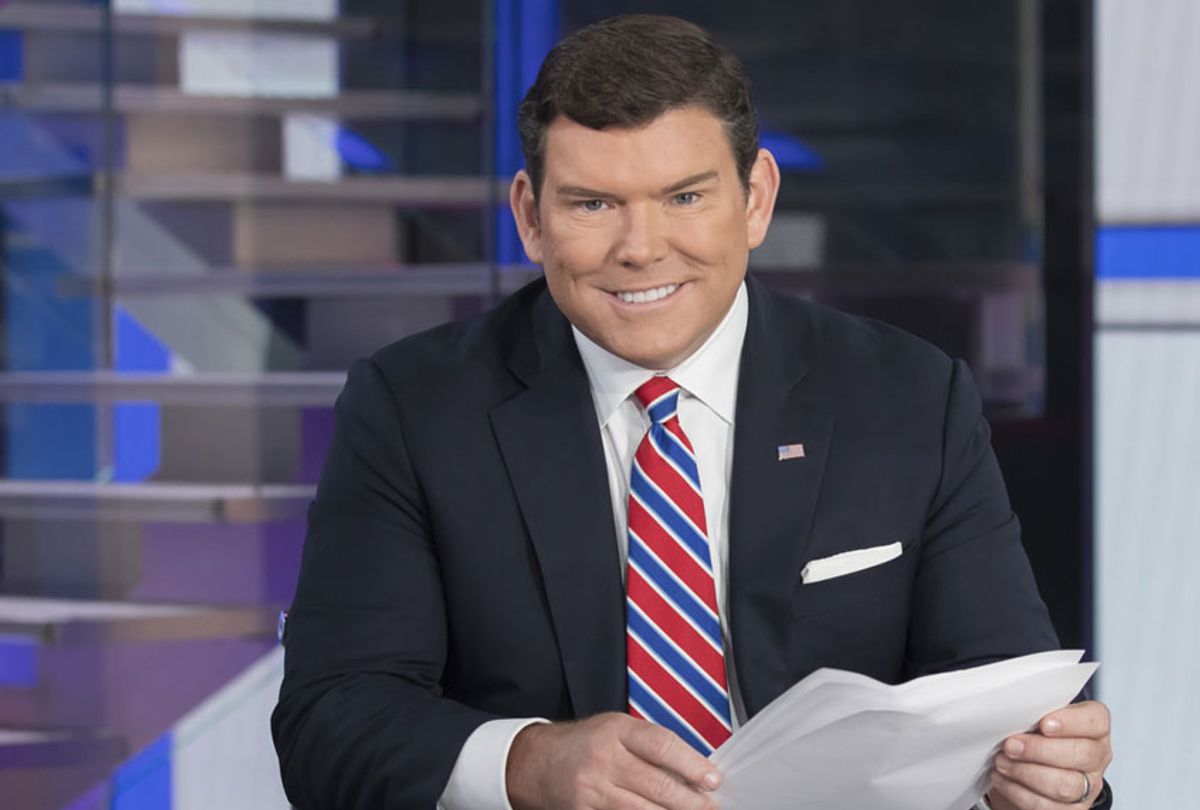 It will be interesting to see how Fox News is remembered by historians who will study the Trump era years from now. At its origins, the network was founded with the goal of providing a conservative slant on current events alongside straight news reporting. But President Trump's repeated attacks on journalists and journalism, and his evident reliance on Fox as his primary news source, have shifted the climate.

To discuss the fraught state of journalism, Salon reached out to a media figure many of our readers may not often encounter. Longtime Fox News anchor Bret Baier is celebrating the 10th anniversary of his show "Special Report With Bret Baier," which by Nielsen estimates averages roughly 2.3 million viewers. Amid right-wing celebrity commentators like Sean Hannity, Tucker Carlson and Laura Ingraham, Baier is known for delivering relatively straightforward news, tailored of course to the Fox audience.

I asked him about the challenges of trying to report straight news in the era of President Trump.

"I think there are several challenges," Baier told Salon by email. "First, the speed and flow of the legitimate news items that come out of this president and his administration, and the sheer volume of turnover of key figures. Then you add the various investigations of the administration and how the world is reacting to the administration in various ways, it makes a lot to keep straight in about six news cycles every day. One of the biggest challenges is fitting it all in one show."

Baier also reflected on the difficulty many people have distinguishing between Fox News' overtly conservative commentary and programs like his on the "news side."

"Secondly, when it comes to the news side of FNC, it’s sometimes tough for some people who don’t watch Fox to realize there is an opinion side and a news side of the house," Baier explained. "So when it takes me 592 days to get President Trump to sit for an interview and a little longer for Chris Wallace, some people just paint with a broad brush and lump us all together. The president has appeared frequently on many of our opinion shows."

Baier also said there have been changes to the news business which have nothing to do with the partisan affiliation of the White House occupant.

"The change from then to now is that everything is faster," Baier told Salon, this time by telephone. "Obviously President Trump is unique in his communication style. We are one tweet away from changing my show at 5:50 p.m. It is also faster in that we have to react to social media and Twitter and Facebook. It seems like information flies around the world a lot quicker than it did in 2009, and that was even quick."

There is a reason why Baier identified that particular year: It was the beginning of Barack Obama's presidency and the year when his own show hit the airwaves. Baier first became a national figure after the Sept. 11, 2001, terrorist attacks: "The Sept. 11 attack changed my career," he recalled. "I was at the time in Atlanta, in the southeast bureau for Fox and I was called up to back up in New York. The second plane hit, they told us to drive from Atlanta, then the third plane hit and we were on the road and rerouted to the Pentagon."

But the show for which Baier is best known didn't begin its lengthy run until the same time that America had its first African-American president. It's a case of historical synchronicity that puts Baier in a unique position to assess the evolution of America's political and media landscape in the early 21st century.

"I think every president hates their news coverage. Every one," Baier said. "They don't think they get a fair shake because of one thing or another. This president not only hates the news coverage — and sometimes he's justified — but he not only hates it, he visibly and audibly counterpunches and counterattacks, and it is a challenge. Chris Wallace talks about it really well, I think, in that we are 100 percent against the term 'enemy of the people,' but as Chris describes it and I totally agree with him, we have a responsibility to not go over our skis, to not let emotion or any kind of feelings about that factor in to how we cover him and his administration.

"I think sometimes you see that [emotion], and when that happens for news reporters or anchors it makes the job exponentially tougher for everybody. Because then there is more ammo for the president to tweet out and say, 'Yes, this was fake news.'"

While declining to speculate about what will happen with the investigation being held by special counsel Robert Mueller, Baier made it clear that he does not think any of this has been good for the president.

"He seems pretty consumed by it and the coverage of it," Baier told Salon. "And whether the Mueller report comes forward with all the things that pundits say it could or whether it falls short of that and hands over a case to the House for impeachment, it has been a big part of the first two years of this presidency. I can't make a prediction because I don't have all the details that Robert Mueller has. But I know that the process has not been a good thing for the president and his family. We'll see where it goes."