Historic building next to Trump hotel reopens, but who's paying for it? Democrat sees "corruption and disgrace" 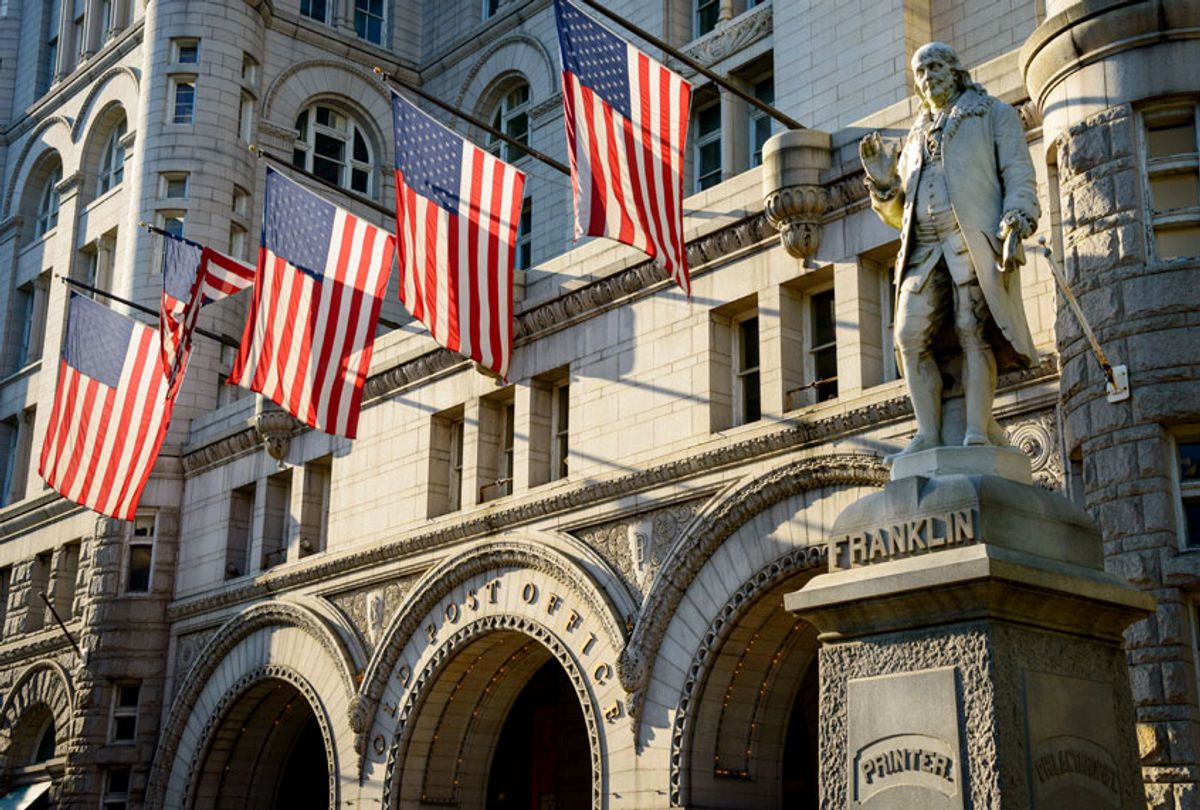 The historic Old Post Office Tower in Washington, which shares a property with the Trump International Hotel, will reopen with federal funds even though it was closed because of the partial government shutdown.

The Old Post Office Tower, which is adjacent to President Trump’s hotel on Pennsylvania Avenue, was closed on Dec. 22 after funding ran out. It will reopen on Friday with funds from the General Services Administration, E&E News reports.

The GSA owns the facility but signed a 60-year lease with the Trump Organization in 2013 to open a hotel on the site of the post office and maintain public access to the Old Post Office Tower.

The National Park Service provides tours and exhibits at the tower but ended access when Congress failed to fund the Interior Department, which oversees the Park Service. An Interior Department spokesperson said that the agency would continue to allow access at "iconic areas," but that apparently did not include the Old Post Office site, Greenwire reported last month.

It’s unclear how the Old Post Office Tower came to be reopened as the Trump-led shutdown continues, with no end in sight. National Park Service spokesman Jeremy Barnum told E&E that the agency signed more than 40 agreements with partners and state governments to continue running some parks and sites. These include the company Guest Services Inc., which set up portable toilets at the National Mall, and Xanterra Parks and Resorts, which will cover some of the maintenance costs at Yellowstone National Park. State governments in Utah and New York have also provided funding for parks and monuments in those states.

"The extent of services and duration varies by agreement," Barnum told E&E.

GSA did not say how it would pay for the cost of reopening the Old Post Office Tower. Under NPS procedures, parks can make agreements with "local governments, cooperating associations and/or other third parties" to continue "specified visitor services."

"For the avoidance of doubt, the Clock Tower Space is part of the Premises ... for which Tenant is responsible," the lease says.

A GSA spokesperson claimed that the facility “remains open as the funds needed to operate the Old Post Office tower are not associated with the current fiscal year’s (FY 2019) appropriations bill.” The spokesperson did not explain why, if that was true the Post Office Tower closed on Dec. 22 and will not reopen until Friday.

Rep. Bill Pascrell, D-N.J., slammed the Trump administration for reopening the site at Trump’s hotel while national parks are overwhelmed with garbage and human waste as a result of the shutdown.

Pascrell accused the Trump administration of using public tax dollars to keep the site at the president's “luxury hotel open while the rest of Americans are wading through garbage and locked gates. The corruption and disgrace of this [government] are without bottom.”