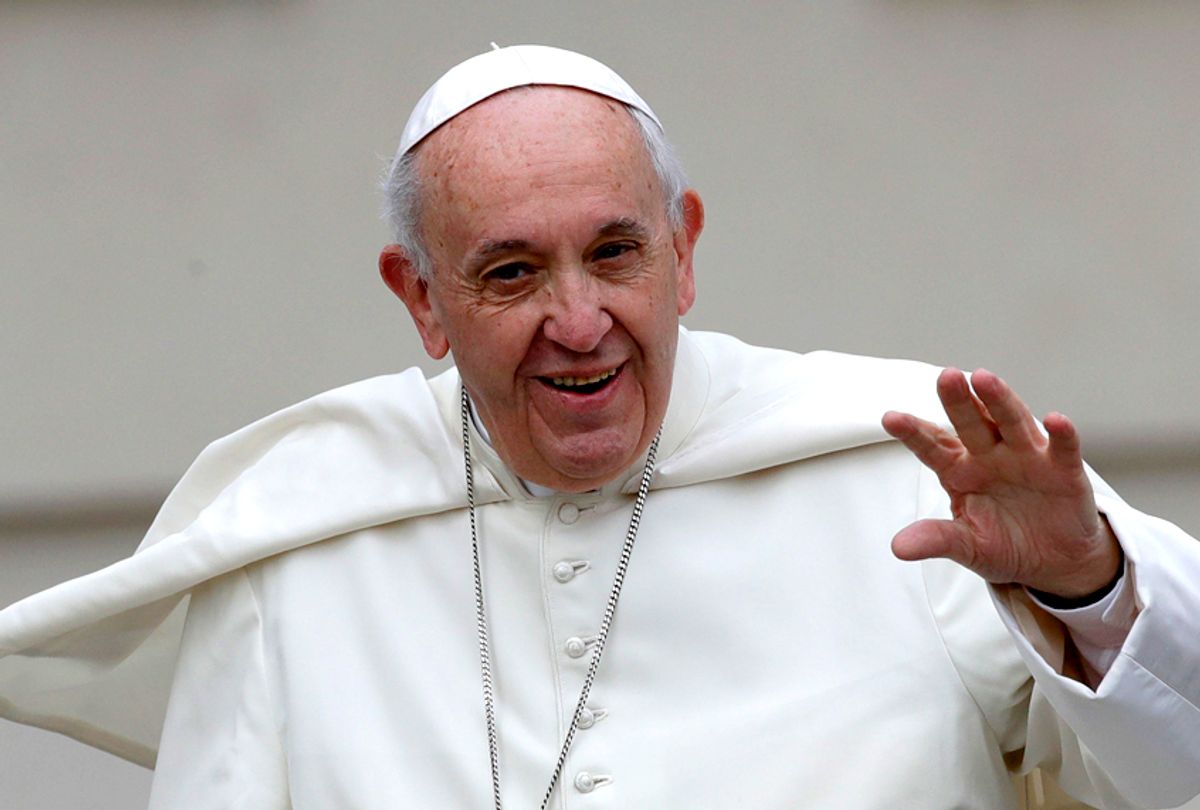 Last week Pope Francis sent a letter to American bishops who met for a spiritual retreat at Mundelein Seminary in Illinois in order to urge them to address the child sex abuse crisis among priests.

"The church's credibility has been seriously undercut and diminished by these sins and crimes, but even more by the efforts made to deny or conceal them," Pope Francis explained in his letter, according to CNN. He also denounced clergymen who have responded to child sex abuse accusations against their colleagues with "a modus operandi of disparaging, discrediting, playing the victim or the scold in our relationships, and instead to make room for the gentle breeze that the Gospel alone can offer."

At one point in his letter, Pope Francis wrote that "God's faithful people and the Church's mission continue to suffer greatly as a result of abuses of power and conscience and sexual abuse, and the poor way that they were handled, as well as the pain of seeing an episcopate (body of bishops) lacking in unity and concentrated more on pointing fingers than than on seeking paths of reconciliation."

Pope Francis' letter was well-received by Pennsylvania state Rep. Mark Rozzi, who was sexually abused by a priest as a child and has spent much of his political career fighting for reforms that will protect child sex abuse victims everywhere, whether they were harmed by priests from the Catholic Church or other individuals and institutions.

"It seems like he wants to hold these priests and bishops accountable, and now he's saying that this will never happen again in our church. And we've been waiting to hear those words for 30, 40, 50, 60 years," Rozzi told Salon. "And we're just hoping that there's some action behind those words, that he's really meaning what he's saying and that for victims, we want this to end. We don't want anybody else to be hurt by this."

Salon also asked Rozzi for this thoughts on Cardinal Walter Brandmüller, a German cardinal who argued on Friday that the pedophilia scandal in the Catholic Church is due to social acceptance of homosexuality. Brandmüller argued that "the real scandal is that the Catholic church hasn’t distinguished itself from the rest of society." Brandmüller was in part responding to a study commissioned by the German Bishops Conference which, upon being published in 2018, revealed that more than 3,600 children had been sexually abused by German Catholic clergy between 1946 and 2014.

"There's a difference between homosexuality and pedophilia, and it's clear," Rozzi told Salon. "And for that person to make those types of comments and blame it on that is absolutely ridiculous, and there's no really place for those type of comments in this type of situation. All they're trying to do is dirty up the waters and distract your attention from the real problem here."