In the midst of a government shutdown, Trump threatens to declare a national emergency to get his border wall 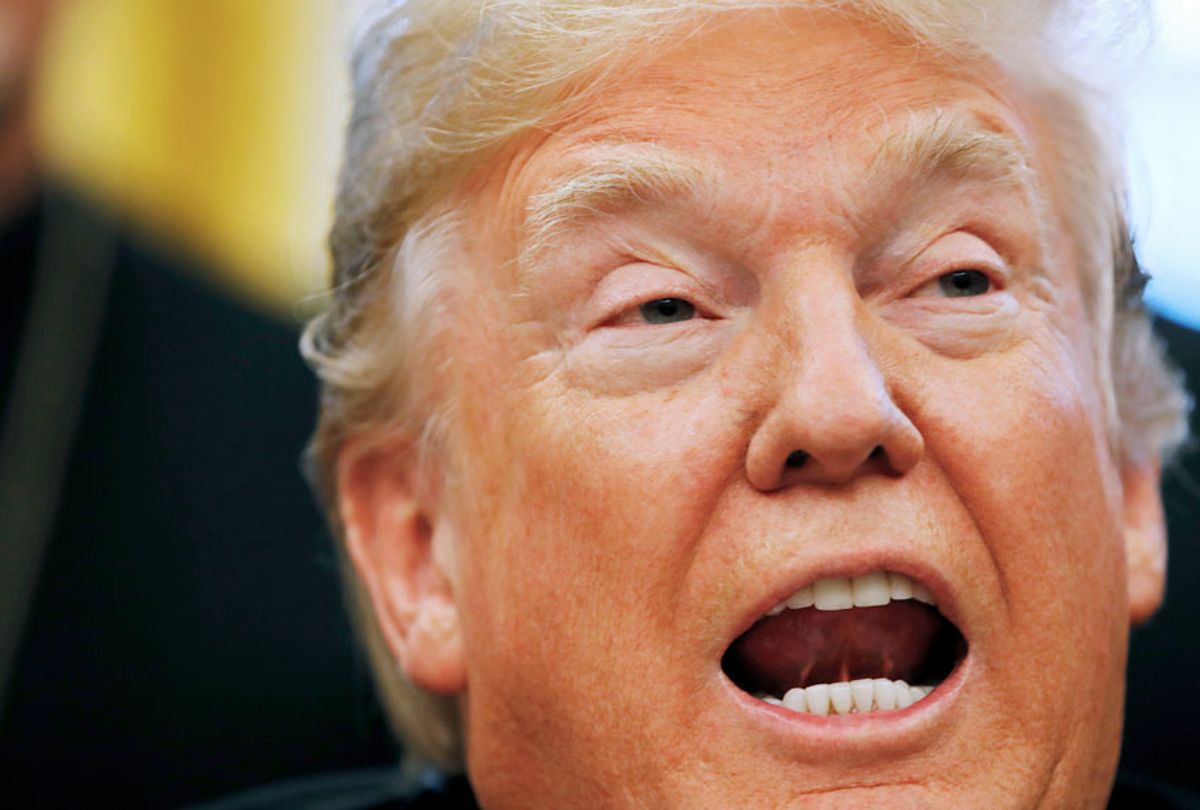 President Donald Trump is threatening to build his border wall by declaring a state of national emergency.

"I may declare a national emergency dependent on what's going to happen over the next few days," Trump told reporters outside of the White House on Sunday as he prepared to go to Camp David, according to CNN. The president's comments reinforce what one White House official had told the network earlier — namely, that Trump is considering declaring a national emergency so that he can use military funds to finance the US-Mexico border wall that he promised to build during the 2016 campaign. The president also told the reporters that he was planning on contacting steel manufacturers like US Steel to ask them to design a steel barrier for the southern border.

Yet it may not be as easy for Trump as simply declaring that a national emergency exists. If he tries to do so to build his border wall, he will almost certainly be challenged in court.

"Look, if Harry Truman couldn't nationalize the steel industry during wartime, this President doesn't have the power to declare an emergency and build a multibillion dollar wall on the border. So that's a non-starter," Rep. Adam Schiff, D-Calif., told CNN's "State of the Union" on Sunday. Schiff's comment about Truman referenced the 33rd president's seizure of the steel industries in 1952, a decision that was later overturned by the Supreme Court.

Schiff also insisted that Democrats would not give in to Trump's demand for border wall funds, saying that doing so would encourage him to cause future government shutdowns in order to get his way.

"We just can't afford to do business that way," Schiff explained.

The president's inability to get a border wall could become a major plank in his eye when he runs for reelection in 2020, since the border wall was a key component of his campaign platform. In his announcement speech during that election, Trump had promised that "I would build a great wall, and nobody builds walls better than me, believe me, and I’ll build them very inexpensively. I will build a great great wall on our southern border and I’ll have Mexico pay for that wall."

Trump has not been able to get Mexico to pay for the wall and House Democrats have made it clear that they won't bail him out by funding one on the taxpayer's dime. After joking that she'd be willing to allocate one dollar to Trump's border wall, House Speaker Nancy Pelosi clarified on Thursday that the party wasn't willing to support Trump's border wall under any circumstances.

She added, "It has nothing to do with politics. It has to do with: The wall is an immorality between countries. It’s an old way of thinking [and] it isn’t cost-effective."