Meghan McCain gloats over Trump’s election: "We have the electoral college — we live in America"

“At least I don’t have a picture of Paul Ryan under my pillow,” Joy Behar responded to Meghan McCain on "The View" 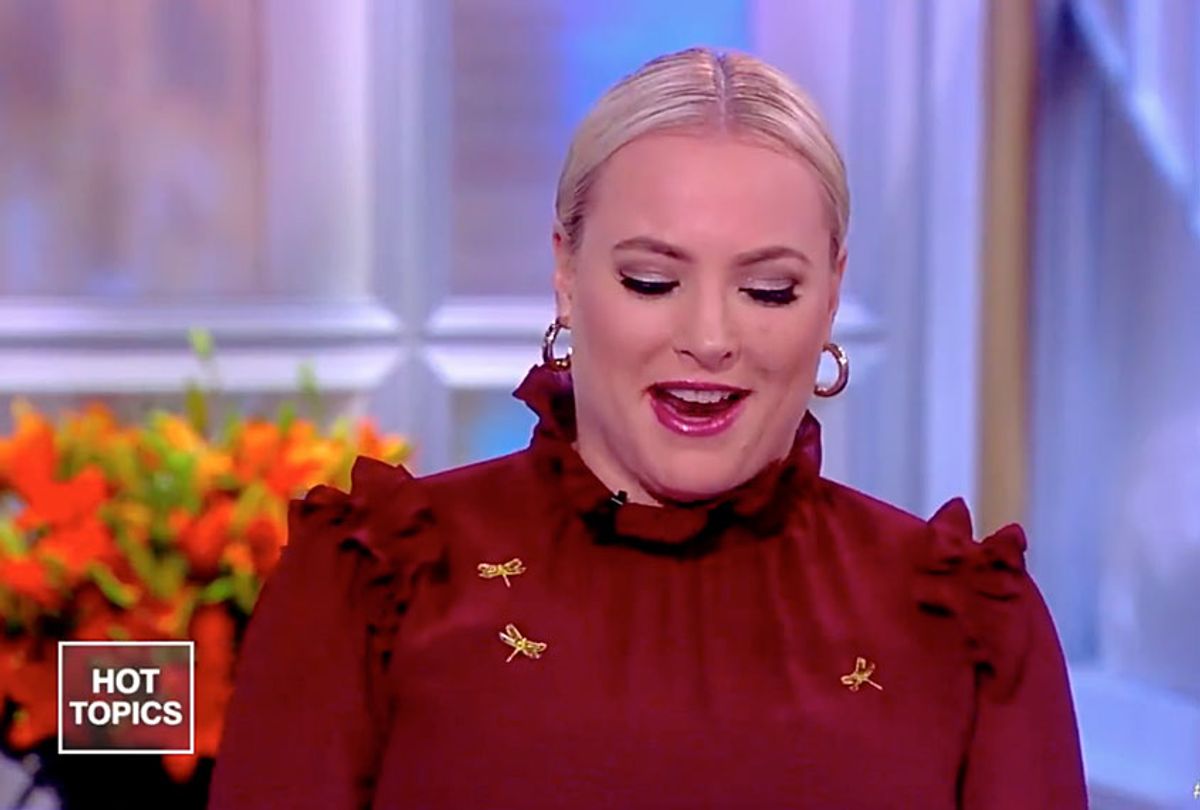 “The View” co-host Meghan McCain gloated over President Donald Trump’s election win more than two years ago as she sparred with Joy Behar.

Much of Monday’s episode focused on women’s issues, and in the course of one discussion host Whoopi Goldberg mentioned that Behar loved the idea of a woman president.

“Yeah, I do,” Behar said. “I mean, a female did win the election, you know — Hillary Clinton. Meghan hates when I say that, but it’s true.”

“I just want to make one point about that,” she added. “When Hillary was running, when she was the secretary of state, she had approval ratings up the wazoo. As soon as she started running for something, when she showed she was an ambitious woman, her numbers plummeted. Examine your motives out there.”

Co-host Sunny Hostin pointed out that Clinton had won the popular vote by 3 million votes, and McCain jumped in with a jab.

“Joy puts under her pillow at night the 3 million wins that you had for Hillary Clinton,” McCain said. “We have the electoral college — we live in America.”

That’s when Behar returned fire with a jab of her own.

“At least I don’t have a picture of Paul Ryan under my pillow,” Behar said.

“You know I have a crush on Paul Ryan, and it’s awkward if I ever run into him again,” she said, laughing.

“He’s a loser,” Behar said, as Goldberg ushered them to a commercial break.