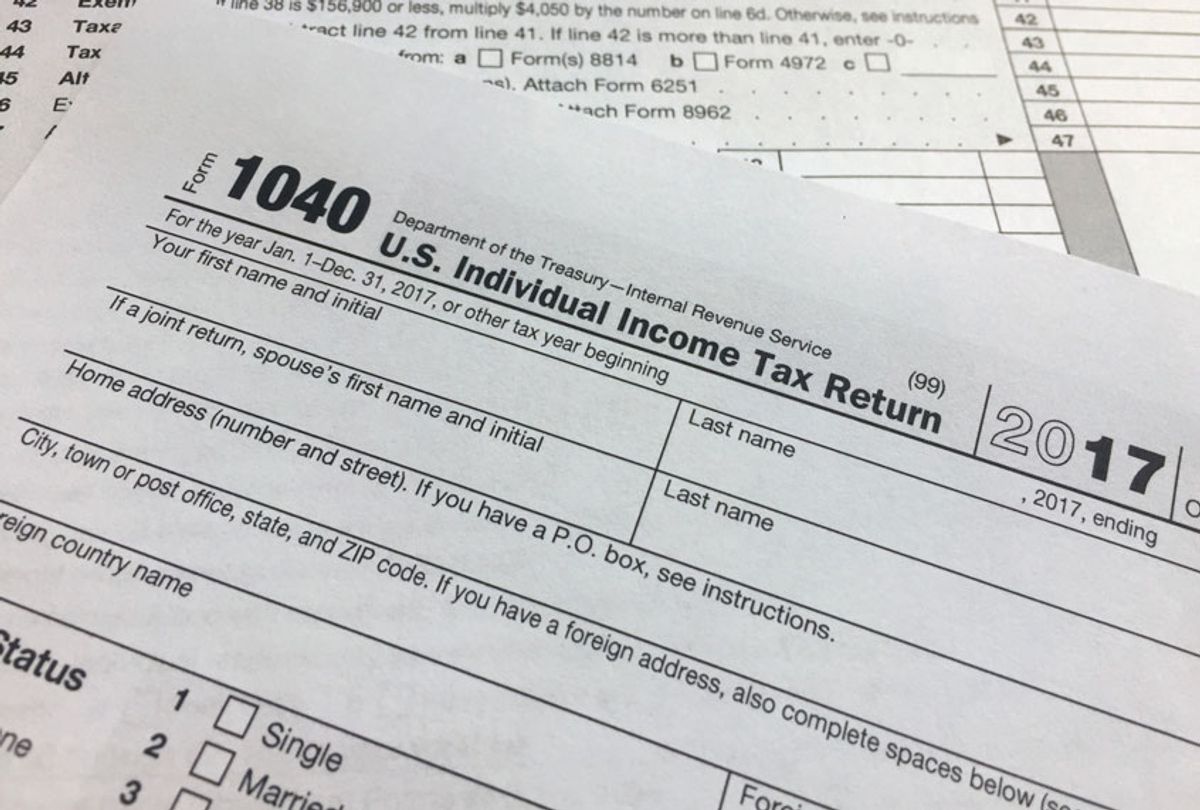 The ongoing partial government shutdown may delay billions in income-tax refunds to lower-income workers who tend to file their taxes early.

The Internal Revenue Service is operating with about 12 percent of work staff as the shutdown stretches into its third week, The Wall Street Journal reported. During a shutdown, the IRS can process tax returns but cannot pay refunds.

In the event of a prolonged shutdown, which is likely given the current state of stalemate between President Donald Trump and Democrats, the IRS may face an unprecedented closure during the tax season.

The IRS usually begins to accept tax returns toward the end of January and begins to send out refunds by early February.

The delays would hit lower-income workers the hardest, since they are more likely to benefit from the earned-income tax credit and other provisions that reduce or eliminate their tax liability. People who tend to file early are taxpayers who rely on refunds to pay off their debts and outstanding bills, the Journal noted, while people who owe additional taxes are more likely to wait until closer to the deadline to file.

“Wealthier filers generally have more sophisticated returns and file later so they should not be affected as much,” Floyd Williams, the former IRS director of legislative affairs, told The Journal.

The IRS has not yet announced a start date for the tax-filing season, which will be the first under the tax law that the previous Republican Congress passed in 2017. According to the Journal, the IRS made 43.5 percent of its workforce exempt from a shutdown during a filing season, so the staff will grow considerably but not even to half the number the IRS typically relies on during its busiest period of the year.

“You worry about the filing season because of the tax-law changes anyway. So there’s no way that a shutdown is helpful,” former acting IRS commissioner Steven Miller told the Journal. “The risk was already high as to whether the service could already get done what the service needed to get done with the paltry resources they already have.”

Tax refunds are expected to be larger under the new tax law as well. Business Insider reported that UBS estimated that the IRS would pay out $42 billion to $66 billion more in refunds than in 2017. Those gains are expected to help those making under $40,000 per year as well as those making between $125,000 and $400,000.

The tax law also included two years of funding to implement the new rules, CNN reported, so the IRS has continued to publish new tax forms, worksheets, and instructions. But taxpayers and businesses cannot call the IRS for assistance because its toll-free hotline has been shuttered during the shutdown.

The IRS hotline leads callers to an automated message saying, "Welcome to the IRS. Live telephone assistance is not available at this time. Normal operations will resume as soon as possible."