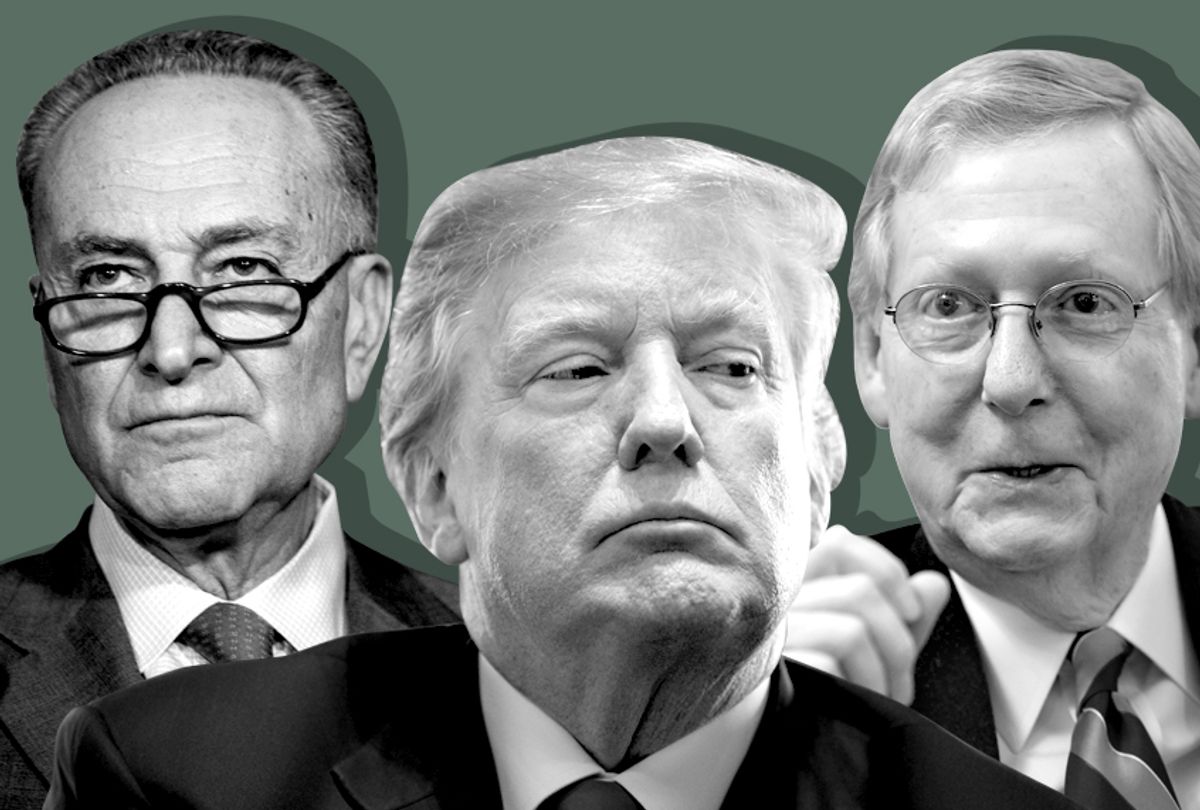 A new report reveals that if President Donald Trump decides to declare a national emergency in order to build his border wall, he may receive substantial support from Republicans in Congress.

The logic seems to be that supporting a presidential declaration of a national emergency will allow Republicans in Congress to negotiate an end to the government shutdown with Democrats while not seeming like they are capitulating, according to Politico.

“If he sees no agreement coming," Sen. Mike Braun, R-Ind., noted to Politico, "I think he’ll push the envelope.”

Fellow Indiana Republican Rep. Susan Brooks said she would back Trump’s decision to declare a national emergency, telling a conservative radio host on Tuesday, “I do think that this is a much greater crisis that we’ve seen in the past at the border. So if the president deems that a national emergency, then yes, I would support that.”

An unnamed aide to GOP leadership echoed the sentiment: "This emergency declaration could be an out for everybody."

The logic behind declaring a state of national emergency on the nation's borders is that it could allow Trump to spend billions on constructing a border wall between the United States and Mexico without congressional approval. The legislature's refusal to appropriate funds for Trump's border wall was the reason why the president caused the government to shut down.

Not surprisingly, Americans are split as to whether Trump has the constitutional right to declare a state of national emergency in order to achieve his border wall goal. Jonathan Turley, the Shapiro Professor of Public Interest Law at George Washington University, argued that it would be constitutional in a recent editorial for The Hill.

Supreme Court Justice Joseph Story once marveled, “How easily men satisfy themselves that the Constitution is exactly what they wish it to be.” If Story returned to life today, he would find these to be familiar times, as politicians and pundits have decided that the Constitution bars an action by President Trump, even when they reached the diametrically opposite conclusion on similar actions taken by President Obama during his term.

Turley later added that "Congress expressly gave presidents the authority to declare such emergencies and act unilaterally. The 1976 National Emergencies Act gives presidents sweeping authority as well as allowance in federal regulations to declare an 'immigration emergency' to deal with an 'influx of aliens which either is of such magnitude or exhibits such other characteristics that effective administration of the immigration laws of the United States is beyond the existing capabilities' of immigration authorities 'in the affected area or areas.'"

By contrast, Harvard law professor and Bloomberg Opinion columnist Noah Feldman argued that Trump does not have the legal right to declare a national emergency to achieve a strictly political goal.

President Donald Trump has said that he can declare a national emergency and order his border wall to be built. He’s wrong. The U.S. Constitution doesn’t contain any national emergency provision that would allow the president to spend money for purposes not allocated by Congress. And it’s clearer than clear that Congress not only hasn’t authorized money for a wall along the border with Mexico but also doesn’t intend to do so.

The upshot is that any attempt by Trump to get around Congress by using invented emergency powers would violate the Constitution. It almost certainly would be blocked by the courts. And it would constitute a high crime and misdemeanor qualifying him for impeachment.