The "Dry January" effect: How taking a month off from alcohol could benefit you in the long term

Yes, going without alcohol for a month has its advantages. And some therapists say it is not just another fad diet 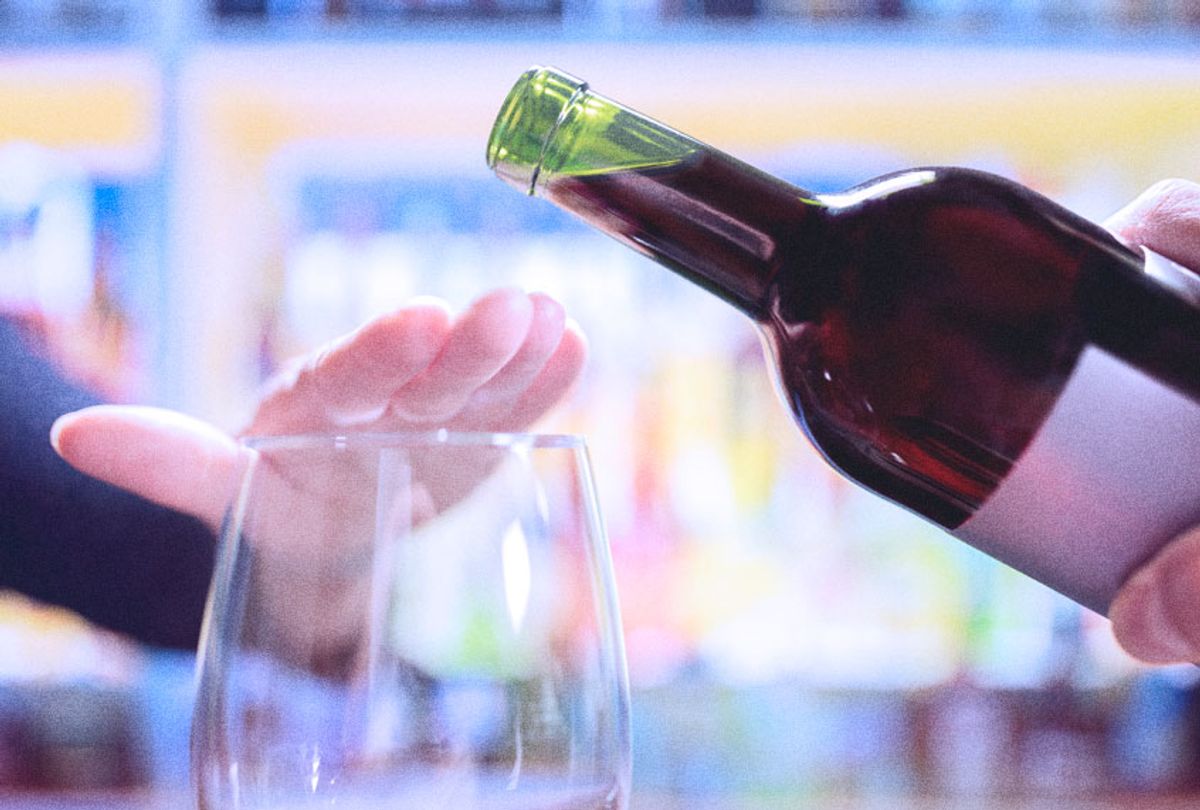 The first weekend of the year is behind us, which means you can officially place your friends into two categories: those who are still drinking alcohol and those who are participating in “Dry January,” as in abstaining from booze for the month.  No matter which camp you find yourself in – for the record, I’m in the latter – both are likely to impact your social calendar, so now is the time to plan accordingly.

The one-month sobriety campaign has become somewhat of a social media phenomenon. You are either posting about what you are doing instead of drinking (#DryJanuary), or taunting those à la Brooklyn Decker who have chosen to go sober. (It is important to note that those participating often do not have a history of alcohol addiction, but are likely to consider themselves moderate or social drinkers.)

While the success of a sober month largely depends on many variables, such as the current state of your health, the benefits can extend beyond the sober month, according to a new study by researchers at the University of Sussex. Richard de Visser, a psychology professor at the English university who has done several studies on the movement, surveyed more than 800 people who took part in Dry January in 2018 before the campaign, after the campaign and six months later in August. The results, which were gathered by online surveys, found that participants were still drinking less six months later, as “drinking days” decreased on average from 4.3 days to 3.3 days per week.

“The simple act of taking a month off alcohol helps people drink less in the long term: By August people are reporting one extra dry day per week,” Visser said in a statement. “There are also considerable immediate benefits: Nine in ten people save money, seven in ten sleep better and three in five lose weight.”

Additionally, 71 percent of those surveyed realized they do not need a drink to have a good time, 67 percent said they had more energy after the sober month and 76 percent claimed they learned more about why they drink. Of course, these benefits are not guaranteed for everyone who participates. A 2016 study by Visser, published in the journal Health Psychology, found that 11 percent of those who participated the year prior had reported an increased frequency of drunkenness six months later.

When we live in a culture where drinking is often synonymous with socializing and the political climate remains tumultuous, it can be challenging to stick to a month without alcohol. Plus, the jury is still out on whether or not drinking moderately is actually good (or bad) for your health, especially when alcohol lobbyists have been involved in scientific studies.

In March 2018, the New York Times reported that government officials were reportedly working with alcohol executives to fund a $100 million clinical trial on “moderate drinking.” An obtained presentation revealed the clinical trial for the study showed that moderate alcohol consumption is safe and lowers risk of common diseases. (Say what?) The study was eventually shutdown. Conversely, other research has shown that drinking can increase a risk of breast cancer in women.

What exactly leads individuals to participate in Dry January is different, and it is not always about achieving better health. As noted in the study from the University of Sussex, 93 percent of those who participated in Dry January last year reported an overall sense of achievement.

Psychotherapist Nathalie Theodore, told Salon in an email that abstaining from alcohol can be more about starting the new year off right than about alcohol itself. “In our society, people typically regard the holidays as a time to overindulge without guilt, letting go of all the rules for healthy living that we typically abide by,” Theodore said. “The new year, on the other hand, is an opportunity to make ‘amends’ for that behavior and wipe the slate clean.” Theodore added that abstaining from alcohol for one month can make someone feel like they are taking “control of both their physical and mental wellbeing after a month of overindulgence.”

Rachel Kazez, LCSW, therapist and founder of All Along, which helps people understand mental health and find therapy, told Salon in an email that abstaining from alcohol can also be a way for people to create tangible change in their lives. “The new year is usually a time when people want to make a change, and often people have trouble imagining making a change without adding restrictions,” Kazez said. “Think of elimination diets, no-____ challenges, etc. Moderation is harder than abstinence for many people. Nuance and shades of gray can make us feel out of control and vulnerable, and regulating the amount of a desired substance or activity can make us feel that it is scarce and we want it more.”

A feeling of connection can also be a reason why people participate, in addition to doing something where there is a clear metric of success and failure. Kazez added that these types of challenges satisfy “our core needs of control, connection, capability and purpose.”

When accomplished, setting goals in general can lead to many benefits. However, if there is failure to achieve that goal, anxious and depressive symptoms may follow, especially if it is prompted by motivational conflict, which is when someone has an urge to fulfill a goal but there is an opposing factor to their achieving that goal. In other words, if this January is anything like the one of 2017, do not be too hard on yourself if you falter. It is a new year after all.