Trump's prime-time power play: Will this be a "take to the streets" moment?

If Trump uses his speech on Tuesday night to declare a state of emergency, it's time to shut down his presidency 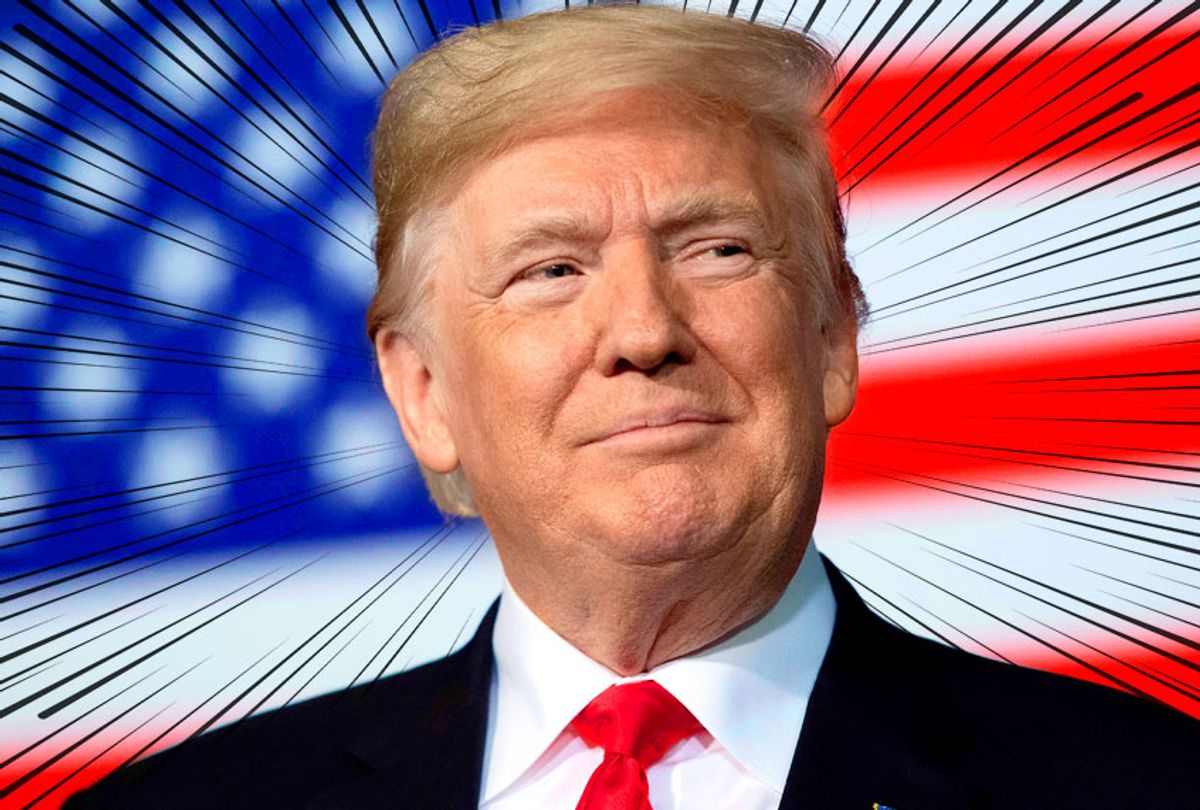 The two biggest outrages currently circulating through the bloodstreams of Donald Trump’s Red Hat loyalists include Rep. Rashida Tlaib, D-Mich., calling the president a “motherfucker,” and, of course, breaking news that Rep. Alexandria Ocasio-Cortez, D-N.Y., in addition to (shock! horror!) dancing on videotape, once went by the nickname “Sandy” while in high school. That’s it. That’s the extent of the blood-curdling yelps from the “fuck your feelings” crowd this week.

Trumpers, who once cheered for the alleged death of political correctness with the ascension of their “tells it like it is” messiah, are suddenly behaving like John Lithgow’s repressed pastor character in “Footloose” over trespasses that barely register in a world oversaturated with Trump’s relentless screeching.

Given that the president may be about to declare a national emergency over a nonexistent crisis on the southern border, the dual AOC and Tlaib stories seem like ludicrously desperate and predictable whataboutisms in the face of a truly dangerous series of actions by Trump and his enablers.

Monday afternoon, the president announced via his Twitter feed: “I am pleased to inform you that I will Address the Nation on the Humanitarian and National Security crisis on our Southern Border. Tuesday night at 9:00 P.M. Eastern.” The actual intention of the president’s TV appearance could be to officially trigger a state of emergency.

So if anti-Trump activist groups are looking for a reason to take to the streets, this might be the one. It’s possible Trump may be too cowardly to actually go through with this outrageous scheme, but we should prepare ourselves for the strong possibility that he will. If he does, massive protests are mandatory. Here’s why.

We already know that Trump, a likely agent of the Kremlin who just recently repeated obvious Russian propaganda in support of the Soviet invasion of Afghanistan in 1979, has shut down the United States government for a third time in a year, while also declaring that he’s happy to keep it shut down for years this time around. His handlers in Moscow have to be thrilled with the perpetual state of disruption.

While Trump says he’s keeping the government closed and threatening to declare an emergency in the name of building his ridiculous wall, it’s also a convenient means for him to engage in a massive power grab as Robert Mueller’s report, along with further indictments and an avalanche of inevitable Democratic House committee investigations, dangle precariously over the president’s garishly painted face.

But if Trump exercises his constitutional authority to declare an emergency due to an alleged “invasion,” as he has called it, it’d be a treacherous skeleton key allowing him to derail many of the obstacles in his path to consolidating executive power, including the closing of Mueller’s office.

Specifically, the Constitution gives the president the authority to suspend habeas corpus -- to arrest dissidents without charges during an invasion or rebellion. It also allows him to sidestep the Posse Comitatus Act, intended to prevent the routine use of military force on American soil.

The Congressional Research Service issued a 2007 outline of powers retained by the president should be declare a national emergency:

Under the powers delegated by such statutes, the president may seize property, organize and control the means of production, seize commodities, assign military forces abroad, institute martial law, seize and control all transportation and communication, regulate the operation of private enterprise, restrict travel, and, in a variety of ways, control the lives of United States citizens.

It doesn’t require much by way of imagination to forecast what Trump, of all people, could get away with by exploiting these new powers. Also germane to the border: he can use unallocated Defense Department funds to pay for the construction of the wall, irrespective of whatever Congress decides.

Yes, President Obama declared a national emergency during the H1N1 outbreak in 2009, but he discontinued the emergency when the pandemic ended. That said, let's have a show of hands: Does anyone seriously believe Trump will end this one, should he choose to declare it? Trump has told countless lies about the border from the beginning, initially suggesting Mexicans were rapists and culminating with recent lies about migrants invading the country, while inexplicably bragging that his wall is already being built. No wonder the Red Hats are confused.

Nothing he has said about the wall or his justifications for it make any sense in the real world. Indeed, a Washington Post analysis the other day suggested the wall was merely a memory device suggested to Trump by Roger Stone and Sam Nunberg so the candidate would remember to talk about immigration. Now he’s using this wall gibberish to cripple the nation, while simultaneously keeping the Russia investigation, as well as his obvious Russian propaganda efforts, out of the news.

The harrowing truth of the matter is that Trump himself is the real national emergency, made worse by this gratuitous power grab. He continues to use an unsecured cellphone that’s surely been hacked by allies and enemies alike. He continues to serve as a PR flack and a compromised quisling for the techno-despot in the Kremlin. He continues to behave erratically on the world stage, defying our international partners while appeasing villains like Kim Jong-un. And now he’s on the precipice of confirming our worst fears about his presidency by seizing new powers based on a fabricated pretext.

The latter, an executive power grab, is something I’ve been fearing or predicting for a while now, but I believed it might occur based on an actual crisis -- a terror attack or something similar -- and not because of a made-up crisis, which, it turns out, is merely refugees escaping drug violence in El Salvador, Honduras and Guatemala. The president’s remarks on television Tuesday night could end up being our worst Trumpian nightmare. If he ends up going there, we, including Democrats in the House and Senate, will have no choice but to shut down his presidency.