State Department is now ignoring UN investigations into poverty, homelessness and economic inequality in the U.S. 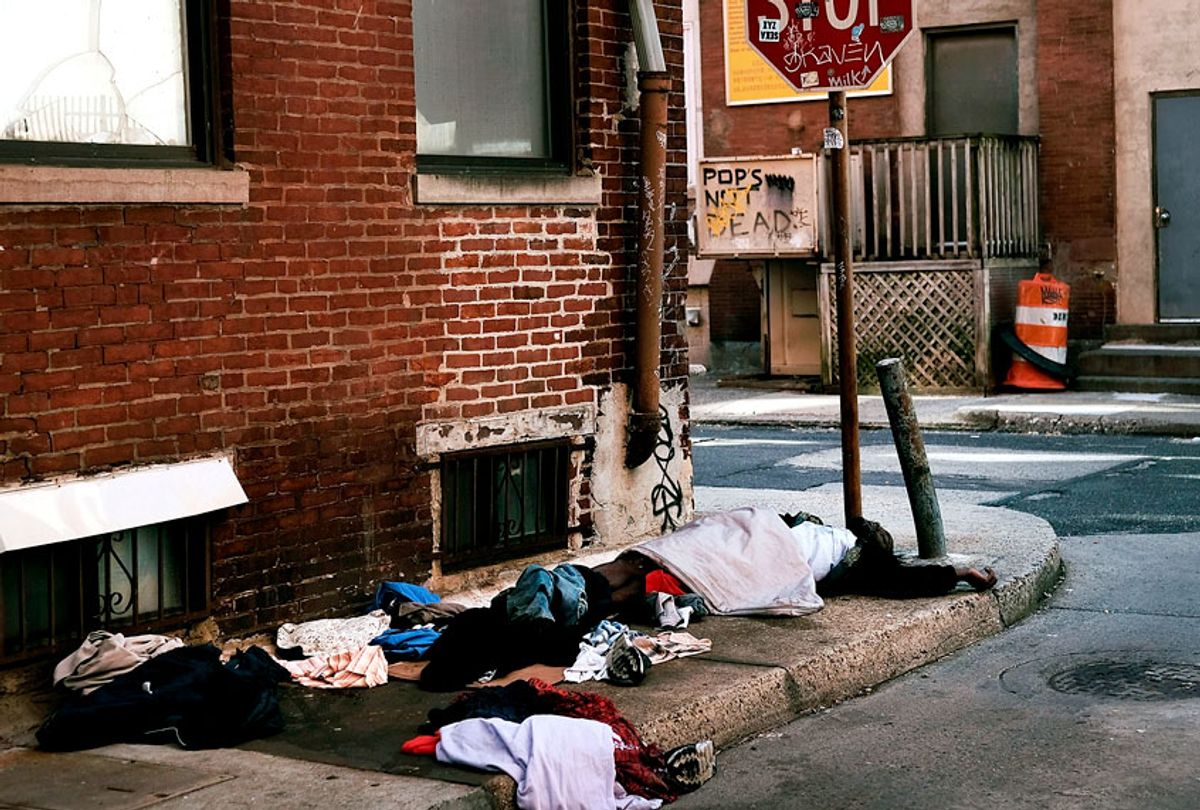 A homeless man sleeps on a sidewalk on October 18, 2018 in Philadelphia, Pennsylvania. (Getty/Spencer Platt)
--

The Trump administration has stopped cooperating with United Nations investigations into human rights violations, the Guardian  has reported.

The Trump administration has also not invited any UN monitors into the country to investigate human rights, though two UN experts have traveled to the United States to investigate extreme poverty and privacy in the country. Under President Obama, the UN held 16 such visits.

Though the United States has traditionally put certain aspects of the country off limits to UN investigators -- like the prison system and the Guantanamo Bay detention camp -- presidents have typically welcomed UN human rights efforts.

“They are sending a very dangerous message to other countries: that if you don’t cooperate with UN experts they will just go away. That’s a serious setback to the system created after World War II to ensure that domestic human rights violations could no longer be seen as an internal matter,” Dakwar said.

Last year, Trump pulled the U.S. out of the UN human rights council in June, with then-UN Ambassador Nikki Haley calling it a “cesspool of political bias.”

That was around the same time that the State Department stopped responding to UN human rights complaints, which the Guardian noted coincided with a visit from Philip Alston.

Alston told the Guardian that the decision to ignore UN human rights complaints would set “the most unfortunate precedent as the U.S. has always tried to press other countries to be accountable. This sends a message that you can opt out of routine scrutiny if you don’t like what is being said about your record on human rights.”

Leilani Farha, the UN expert on adequate housing, told the Guardian that she was also dismayed by the decision. Farha said she had made five official complaints to the Obama administration, which were responded to promptly, but the new administration has refused to cooperate despite growing homelessness crises in many American cities.

“This suggests the U.S. has abandoned even the most rudimentary forms of human rights accountability, and a whittling away of access to justice for those in the U.S. whose human rights may have been violated,” Farha said. “It also demonstrates a rather inappropriate arrogance, at a time when human rights in the U.S. are particularly fragile.”

A spokesperson for the State Department insisted to the Guardian that the US still supports investigations outside the U.S. and backs mandates “that have proven effective in illuminating the most grave human rights environments, including in Iran and DPRK [North Korea].” But Trump’s move puts the U.S. in a small pool of countries who refuse to cooperate with UN human rights watchdogs. Among the others? Iran and North Korea.