The new Congress needs to create a green planet at peace 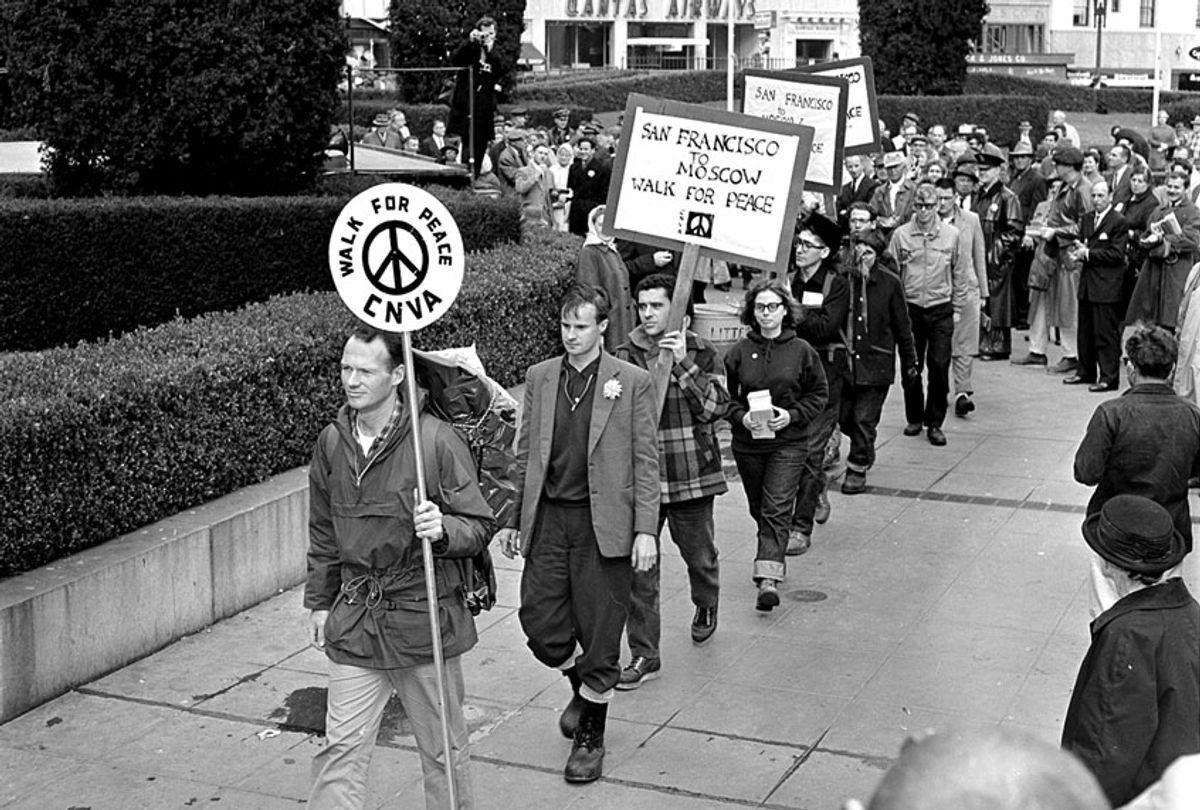 A deafening chorus of negative grumbling from the left, right, and center of the U.S. political spectrum in response to Trump’s decision to remove U.S. troops from Syria and halve their numbers in Afghanistan appears to have slowed down his attempt to bring our forces home. However, in this new year, demilitarizing U.S. foreign policy should be among the top items on the agenda of the new Congress. Just as we are witnessing a rising movement for a visionary Green New Deal, so, too, the time has come for a New Peace Deal that repudiates endless war and the threat of nuclear war, which, along with catastrophic climate change, poses an existential threat to our planet.

We must capitalize and act on the opportunity presented by the abrupt departure of “Mad Dog” Mattis and other warrior hawks. Another move toward demilitarization is the unprecedented congressional challenge to Trump’s support for the Saudi-led war in Yemen. And while the president’s disturbing proposals to walk out of established nuclear arms control treaties represent a new danger, they are also an opportunity.

Trump announced that the United States is withdrawing from the Intermediate-Range Nuclear Forces Treaty (INF), negotiated in 1987 by Ronald Reagan and Mikhail Gorbachev, and warned that he has no interest in renewing the modest new START treaty negotiated by Barack Obama and Dmitry Medvedev. Obama paid a heavy price to secure congressional ratification of START, promising a $1 trillion program over 10 years for two new nuclear bomb factories, and new warheads, missiles, planes and submarines to deliver their lethal payload, a program that is continuing under Trump. While the INF limited the United States and Russia to physically deploying up to a maximum of 1,500 bomb-laden nuclear missiles out of their massive nuclear arsenals, it failed to make good on the 1970 U.S. promise made in the Non-Proliferation Treaty (NPT) to eliminate nuclear weapons. Even today, nearly 50 years after those NPT promises were made, the United States and Russia account for a staggering 14,000 of the 15,000 nuclear bombs on the planet.

With Trump’s U.S. military posture in seeming disarray, we have a once-in-a-generation opportunity to fashion bold new actions for disarmament. The most promising breakthrough for nuclear disarmament is the new Treaty on the Prohibition of Nuclear Weapons, negotiated and adopted by 122 nations at the UN in 2017. This unprecedented treaty finally bans the bomb, just as the world has done for biological and chemical weapons, and won its organizers, the International Campaign to Abolish Nuclear Weapons (ICAN), the Nobel Peace Prize. The treaty now needs to be ratified by 50 nations to become binding.

Instead of supporting this new treaty, and acknowledging the U.S. 1970 NPT promise to make “good faith” efforts for nuclear disarmament, we are getting the same stale, inadequate proposals from many in the Democratic establishment who are now taking control of the House. It is worrisome that Adam Smith, the new Chair of the House Armed Services Committee, talks only of making cuts in our massive nuclear arsenals and putting limits on how and when a president can use nuclear weapons, without even a hint that any consideration is being given to lending U.S. support for the ban treaty or for honoring our 1970 NPT promise to give up our nuclear weapons.

The United States and its NATO and Pacific allies (Australia, Japan and South Korea) have thus far refused to support the ban treaty. But a global effort, organized by ICAN, has already received signatures from 69 nations, and ratifications in 19 parliaments of the 50 nations needed in order for the prohibition against the possession, use, or threat to use nuclear weapons, to become legally binding. In December, Australia’s Labor Party pledged to sign and ratify the ban treaty if it wins in the upcoming elections, even though Australia is presently a member of the U.S. nuclear alliance. Similar efforts are happening in Spain, a member of the NATO alliance.

A burgeoning number of cities, states and parliamentarians around the world have been enrolled in the campaign to call on their governments to support the new treaty. In the U.S. Congress, however, so far only four representatives — Eleanor Holmes Norton, Betty McCollum, Jim McGovern, and Barbara Lee — have signed the ICAN pledge to secure U.S. support to ban the bomb.

Just as the Democratic establishment is ignoring the groundbreaking new opportunity to finally rid the world of the nuclear scourge, it is now undercutting the extraordinary campaign for a Green New Deal to fully power the United States with sustainable energy sources in 10 years, led by the inspiring Congresswoman Alexandria Ocasio-Cortez. Speaker Nancy Pelosi rejected proposals from masses of young demonstrators who petitioned her office to establish a Select Committee for the Green New Deal. Instead, Pelosi established a Select Committee on the Climate Crisis, lacking subpoena powers and chaired by Rep. Kathy Castor, who refused a Green Deal Campaign demand to ban any members from serving on the Committee who took donations from fossil fuel corporations.

A New Peace Deal should make similar requests of the members of the House and Senate Armed Services Committees. How can we expect the chairs of these committees, Democratic Congressman Adam Smith or Republican Senator James Inhofe, to be honest brokers for peace when they have each received contributions of approximately $250,000 from the weapons industry? A coalition called Divest from the War Machine is urging all members of Congress to refuse money from the weapons industry, since they vote every year on a Pentagon budget that allocates hundreds of billions of dollars for new weapons. This commitment is particularly critical for members of the Armed Services Committees. No one who has been funded with substantial contributions from arms manufacturers should be serving on those committees, particularly when Congress should be examining, with urgency, the scandalous report of the Pentagon’s inability to pass an audit last year and its statements that it has no ability to ever do so!

We cannot tolerate a new Democratic-controlled Congress continuing to do business as usual, with a military budget of over $700 billion and a trillion dollars projected for new nuclear weapons over the next 10 years, while struggling to find funds to address the climate crisis. With the extraordinary upheavals created by President Trump’s withdrawal from both the Paris climate agreement and the Iran nuclear deal, we must urgently mobilize to save our earth from the two existential threats: catastrophic climate destruction and the looming possibility of nuclear annihilation. It’s time to leave the nuclear age and divest from the war machine, freeing up trillions of wasted dollars over the next decade. We must transform our lethal energy system to one that sustains us, while creating genuine national and international security at peace with all of nature and humanity.

Medea Benjamin is codirector of CODEPINK for Peace and author of several books, including "Inside Iran: The Real History and Politics of the Islamic Republic."

Alice Slater serves on the Coordinating Committee of World Beyond War and is the UN Representative of the Nuclear Age Peace Foundation.