Enes Kanter, critic of Erdogan, won’t play hoops in London for fear of his life 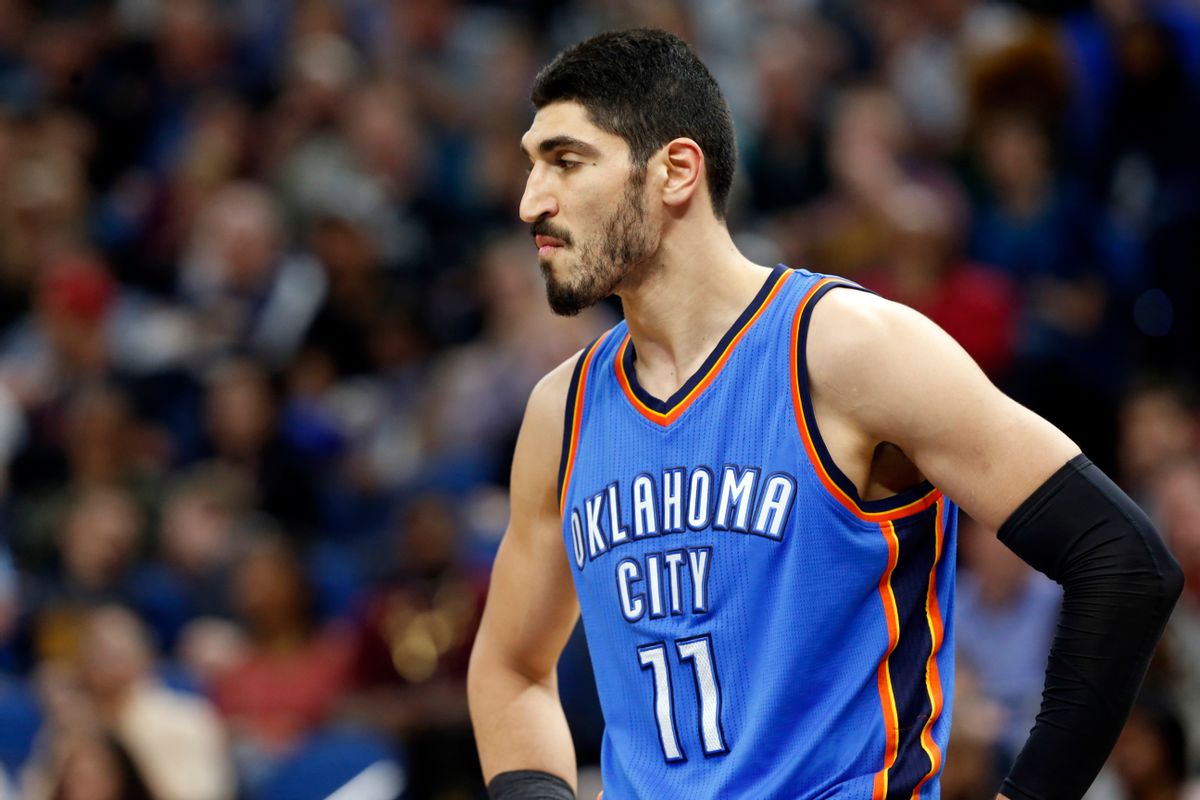 Enes Kanter, a 6-foot-11 star basketball player for the New York Knicks, won’t play an NBA game in London later this month because he fears the Turkish government may attempt to kill him.

The Turkish native, a critic of President Recep Tayyip Erdogan, will not accompany his team to face the Washington Wizards on January 17 at the O2 arena.

Kanter has reason to worry. He is a follower of Fethullah Gulen, a preacher and scholar whom Erdogan calls a “terrorist” and Public Enemy Number One. The Gulenists, best known for their commitment to secular, technical and Islamic education, run hundreds of schools in more than a dozen countries. Kanter attended a Gulenist school before coming to the United States to play college and professional basketball.

Erdogan blames the Gulenists (and the CIA) for an attempted coup in July 2015. Since then his government has detained more than 50,000 people, according to Human Rights Watch. “Those prosecuted include journalists, civil servants, teachers and politicians as well as police officers and military personnel. Most were accused of being followers of Gulen.”

Erdogan has repeatedly demanded that Trump extradite Gulen, who has lived in the United States for 20 years. The president is supportive. Press secretary Sarah Huckabee Sanders said last month that Trump told Erdogan he would “take a look” at Gulen’s case. Extradition would require a court order. In the past, the Justice Department has said the evidence provided by Turkey is not sufficient to return Gulen to Turkey against his will.

Erdogan does not seem to feel bound by U.S. law when it comes to Gulen.

Last year it was reported that special prosecutor Robert Mueller was investigatingTrump’s former national security adviser Michael Flynn for his discussions with Turkish officials about a plan to abduct Gulen and deliver him to Turkey for $15 million. Flynn later pleaded guilty to unrelated charges.

“Enes Kanter’s fears are legitimate,” says Ahmet Yayla, a former Turkish intelligence official who teaches at DeSales University in Philadelphia. “He is one of the best-known Turkish figures in the country and the world. Erdogan hates that he keeps saying bad things about him.”

Yayla says that Erdogan has imprisoned Kanter’s father and arranged for the roughing up of foes in Germany and France. These attacks, Yayla said, usually involve local Erdogan supporters or thugs for hire and can be traced back to Turkey’s National Intelligence Office (MIT), where he once worked.

The Stockholm Center for Freedom, a Swedish human rights group, has documented “the long arm of Erdogan” in a series of reports about Turkish intelligence activity in Europe and Africa.

In Sweden, Erdogan’s agents have “intensified spying, intelligence gathering and profiling of critics that at times has led to harassment, intimidation and hate crimes,” according to the Center.

Last week, the Center reported that Turkish security forces kidnapped a Gulen supporter in Azerbaijan and brought him to Turkey to face unspecified charges.

“I don’t feel safe in London,” says Kanter. He’s a big target in more ways than one. He is wise to stay home.