The New Hampshire presidential primary is broken. It’s not too late to fix it. 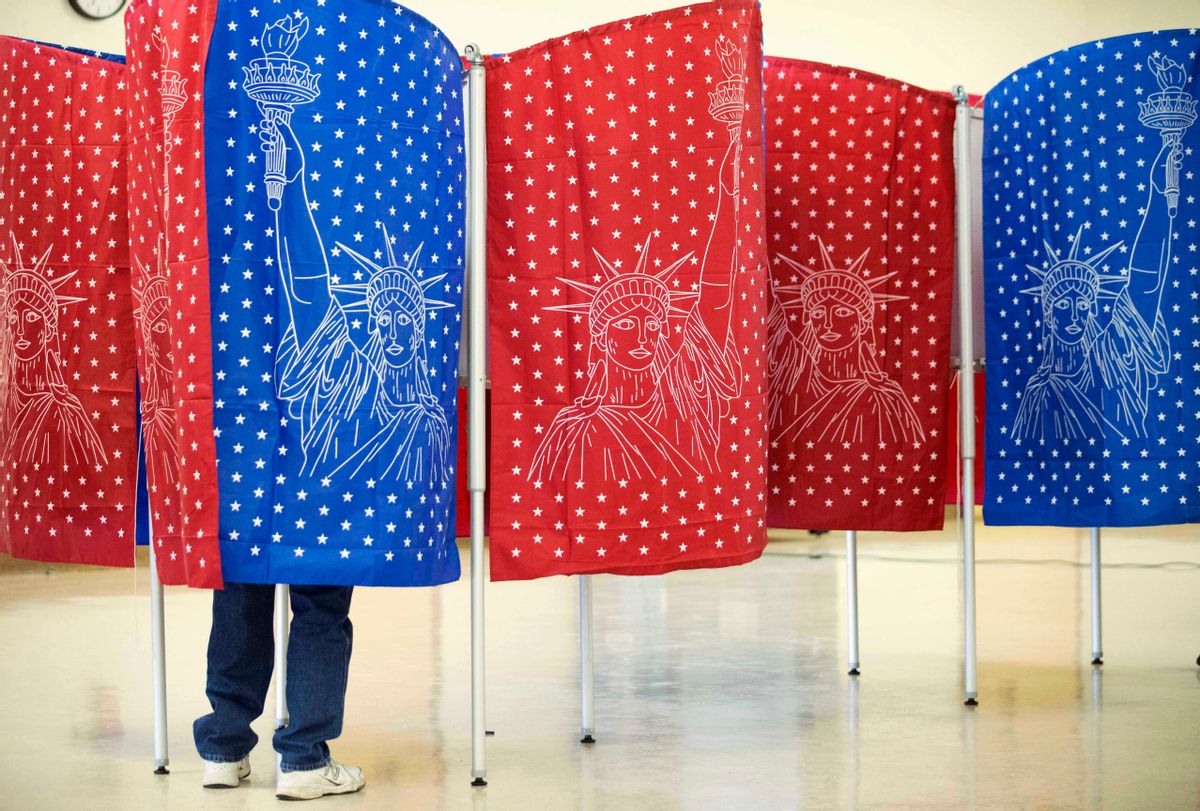 A voter marks a ballot for the New Hampshire primary inside a voting booth at a polling place Tuesday, Feb. 9, 2016, in Manchester, N.H. (AP Photo/David Goldman) (AP)
--

This article originally appeared on Medium.

The New Year has officially ushered in the start of the 2020 presidential election. Already, Massachusetts Senator Elizabeth Warren and Washington Governor Jay Inslee announced that they are forming exploratory committees to seek the Democratic presidential nomination. And within a few weeks, countless other prominent national Democrats will join them, forming what will likely be a very crowded primary field.

Competitive primaries contribute to a healthy democracy. They allow a diversity of opinions to be aired and give voters meaningful choice in whom they elect. Too much competition in a primary, though  —  especially the presidential primary  —  can be disastrous and, in fact, undemocratic.

Though seemingly counter-intuitively, the reason, as far as the presidential primaries are concerned, has to do with how parties allocate delegates.

In presidential primaries, voters elect delegates, and once all the primaries are over, the candidate with the majority of delegates wins the party’s nomination. How delegates are allocated in each state primary depends on the specific formulas set by the parties.

The Democrats and Republicans both require presidential primary contenders to win a minimum percentage of votes in order to garner any delegates. For the Democratic Party, that threshold is 15 percent. For the Republicans, it is 10 percent.

It is these thresholds that ruin competitive primaries.

If too many candidates participate in a primary, a bloc of candidates may win a significant share of votes without any in the group receiving above the delegate threshold. In this scenario, the voters who supported these candidates have their votes wasted  —  for they are essentially thrown out in determining delegate allocation.

Take the overcrowded 2016 GOP New Hampshire primary as an example. The party’s 10% viability threshold prevented Chris Christie (7.4%), Carly Fiorina (4.1%), and Ben Carson (2.3%) from earning any delegates despite collectively receiving 13.8% of the vote. This 13.8 percent of the vote was “wasted”, as it had no bearing on the effect of the presidential primary. In fact, the party allocated delegates as if these votes were never cast.

The 2020 Democratic primary, with even more potential candidates, will almost inevitably feature a sizeable, if not historic number of wasted votes.

This problem is not new. Using New Hampshire Public Radio’s election database, Equal Citizens determined that since 1976, approximately 19 percent of all Democratic primary votes have been wasted due to the party’s threshold. And since 1992, 15 percent of all New Hampshire Republican primary voters have had their votes not count. (Special thanks to Richard E. Berg-Andersson of The Green Papers for providing threshold information for these years.)

The solution to this problem is not to forswear competitive primaries. Their role in our democracy is far too valuable to give up. Rather we must fix the system to allow for competition without wasted votes. Doing so would be quite simple; New Hampshire should implement ranked choice voting for presidential primaries.

Here’s how it would work: instead of being able to just vote for one candidate on the ballot, voters in New Hampshire would be able to rank candidates in order of their preference. New Hampshire would then tally voters’ first choices. If a candidate’s vote share is below the threshold needed to receive delegates, those votes get allocated to the voters’ second choice candidate. If there are multiple candidates under the threshold, the procedure is repeated, starting with the lowest vote-getter, until all remaining candidates are above the threshold. The parties then would allocated delegates according to this ranked choice data in accordance with their thresholds.

It may sound complicated, but a similar system was implemented in Maine for its 2018 federal elections and it worked smoothly. Voters also overwhelmingly found this new method of vote counting easy to use.

Since October, Equal Citizens has been working with FairVote and New Hampshire State Representative Ellen Read to develop a bill to implement ranked choice voting for New Hampshire’s presidential primary. On January 4th, the bill was introduced and already has co-sponsors. Over the next few months, we will work to get this bill passed.

No candidate should be a “spoiler” and no voter deserves to have his or her vote “wasted”. Ranked choice voting in presidential primaries would ensure a fairer and more representative presidential election.